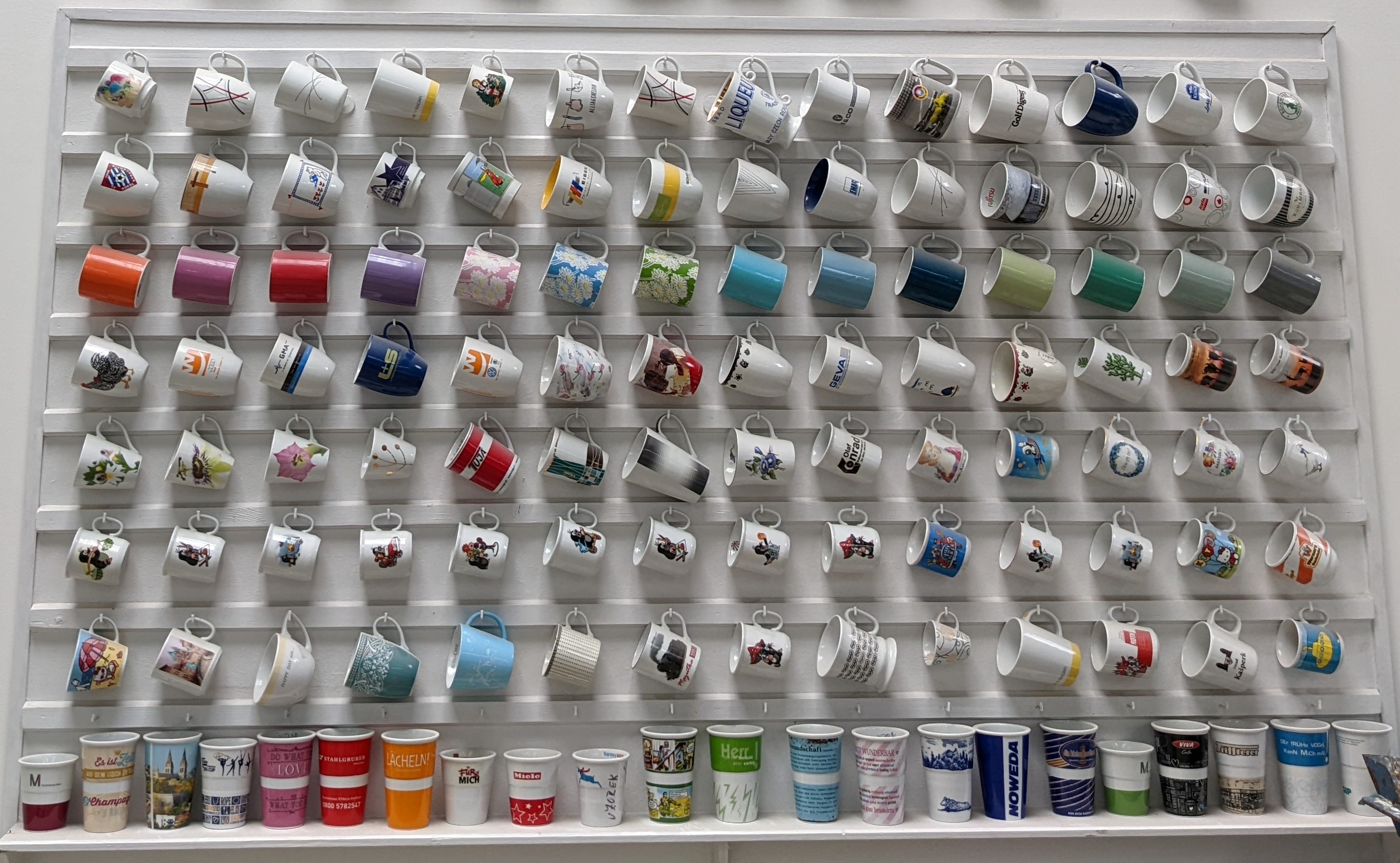 On my last day in the Karlovy Vary region I visited the Thun 1794 porcelain factory, in the city of Nová Role, and it was just the perfect way to end the trip. It was a lot more fun than I had expected and I cannot recommend it more.

The tour starts with a stroll in the factory museum, displaying all the designs they have, from simple, plain white sets for hotels, to intricately designed decorations for special occasions and colourful and pretty drawings for children. They are first showcased in matching full tableware sets, then a wall is dedicated only to the plates.

You then enter the factory. Before going down to the production line, a short video explains how the products are made, starting from China porcelain granules, going through the custom-made moulds, the different firing stages and, lastly, the handmade decorations.

Then the fun begins, as the guide takes you to the production line and you get to see first-hand the stages explained in the video. The first step is moulding the clay in the desired shape. After this, if any product does not perfectly fit the factory’s standards, the clay is just reused. In between, the discarded misshapes are stacked in a bin from which visitors can take handfuls, feel the texture and try creating their own figurines.

The next step is a first firing, at a temperature of 1000˚C. Any products that get damaged during this process are not as easily reused. Not in the factory at least. As they already harden, they cannot be reshaped and clay, unlike metal, cannot be remelted. The discarded tableware is sent to roadworkers who use the porcelain bits as a substrate before laying down the concrete. At this point, they are not fully hardened and they just crumble under a strong squeeze in your hands. It’s a little bit like fireworks.

After glazing, a second firing comes, at a temperature of 1405˚C. This high temperature is characteristic to the hard porcelain goods produced at Thun.

After the second burning, the products are fully hardened and while they no longer crumble in your hands, you get a great anger release exercise, by smashing them on the sides of the discard bin. As the water evaporates from the porcelain, after this stage, the dishes become 10% smaller.

The decorations are all applied by hand through different methods, including spray painting, hand painting or using stickers designed and printed in the factory. Depending on the type of the decorations, a third firing can be either at 800˚C or 1230˚C.

In a corner of the decorating room there is a special space for students of the local art school who take apprenticeships at the factory. They learn how to apply decorations and have some fun at the same time.

Overall, about 7% of the total production needs to be discarded, but nothing is wasted. If the leftovers cannot be reused inside the factory, they are sent to different places for recycling. Before leaving the factory, another wall is dedicated this time to cup designs.

The tour completes in the factory’s shop. It was hard choosing from all the models and, after sadly leaving behind a tart pan out of lack of space in my luggage, I decided a little cup featuring Krteček (“the little mole”, a well-known cartoon character that became a Czech symbol) would make a great souvenir and gift for my boyfriend.

Can you spot this one on the wall?