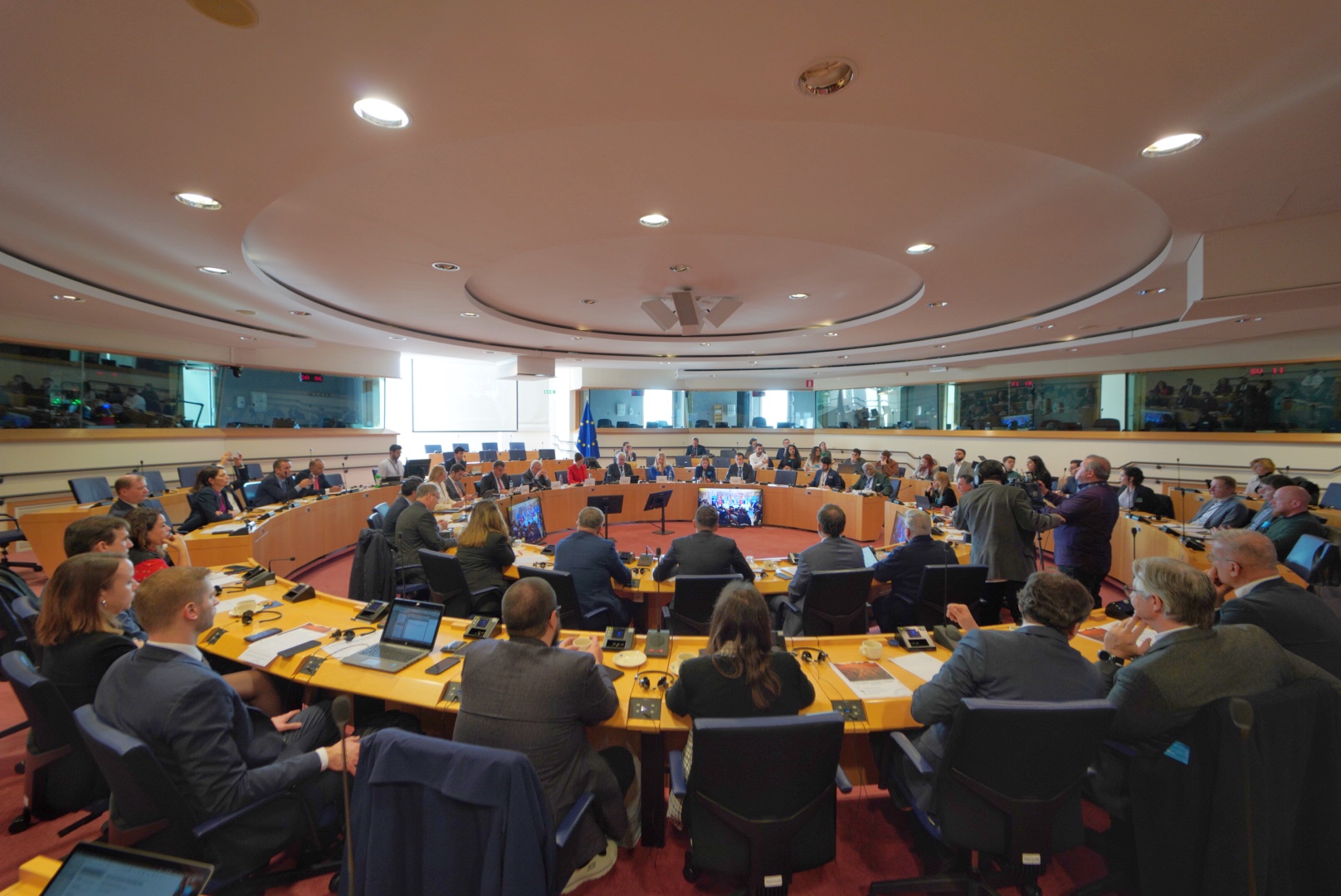 Food insecurity and trade disruption are two of the many consequences of the military conflict in Ukraine. The war has meant important export routes were closed and the world was cut off from its two main grain providers.

After 5 months of war, the Black Sea Grain Initiative (BSGI) was signed by both Ukraine and Russia, moderated by the UN and Türkiye, to allow for the safe export of grains from ports on the Black Sea. This deal however expires next month, so officials gathered in the European Parliament on the 25th of October to discuss the extension of this deal as well as other ways through which Ukraine can keep exporting agricultural products.

On the 27th of July, officials from Ukraine and Russia signed an agreement in Istanbul in the presence of UN Secretary-General António Guterres to exclude ports on the Black Sea and grain ships from targeted attacks. This allowed for the two countries to continue to export grains to the rest of the world.

“Recent events have shown the world how susceptible food security is to disruption”, said MEP Ryszard Czarnecki, pointing out that the war is only the most recent problem, but climate change has long been an issue. “After 5 months of war, this agreement was a major diplomatic break-through, vital for freeing up millions of tonnes of trapped grain”, he added.

This deal however has an expiration date on the 19th of November, but the war is not over. Since agriculture is the world’s largest employer, hiring more than 1 billion people worldwide and generating over 1.3 trillion dollars’ worth of food annually, Czarnecki stressed the importance of the UN and European Commission working together to ensure the BSGI is extended.

Along with the BSGI, the solidarity lanes established by the European Commission have allowed Ukraine to now export the same amount of agricultural products as before the war.

Solidarity lanes are a success story, more so than the Black Sea agreement because they allow the export of all foods, not just grains.

Russia is an unreliable partner and the risk of the BSGI not getting prolonged is real. This, along with the wider use of the solidarity lane of all food products, not just grains, make them a better solution, according to Commissioner for Agriculture Janusz Wojciechowski.

Even with the lanes there are many challenges ahead. In many places, the infrastructure has reached its capacity, while the clearance process at border crossing needs to be improved, help for which Wojciechowski counts on the Member States.

On the other hand, the EU solidarity lanes only direct food to the rest of Europe, while the BSGI is a faster, cheaper and safer solution and also allows for distribution to Asia and Africa, according to H.E. Faruk Kaymakci, Deputy Foreign Minister of Türkiye.

As the world’s largest exporter of fertilizers, another important side of the BSGI is also allowing Russia to keep exporting them. “I am not defending Russia in any way, but for so many farmers around the world who depend on these fertilizers, we need to allow their easier transport”, said Kaymakci.

In this respect, none of the EU sanctions for Russia are targeting their fertilizers exports, however, since their production needs gas, production in the EU has decreased by 70% due to skyrocketing prices. To help farmers deal with this shortage and consequent price increase, the European Commission has included fertilizers in the state aid package, giving farmers access to up to 93,000 euros for fertilizers and energy related costs.

There is no doubt that the BSGI has to be extended for Ukraine to continue to export grains to the rest of the world. Currently a 4-month extension is being discussed, but Ukraine’s Deputy Minister of Infrastructure Yurii Vaskov, who joined the conference from Kyiv, said that is not enough. A one-year prolongation would be better for anyone involved.

The BSGI also needs to be improved, Vaskov pointed out, as currently, although Russia is supposed to inspect 25 ships per day, less than 10 are checked, the rest being stuck in the Bosporus Strait.

Besides working on the BSGI, Ukraine is also developing and improving unfrastructure on the Danube and improving rail transport to allow more cargo to be exported through the country’s western borders.

As a mediator, Kaymakci ensured that both sides have shown interest in extending the deal and a definite answer will be available in the next few weeks.