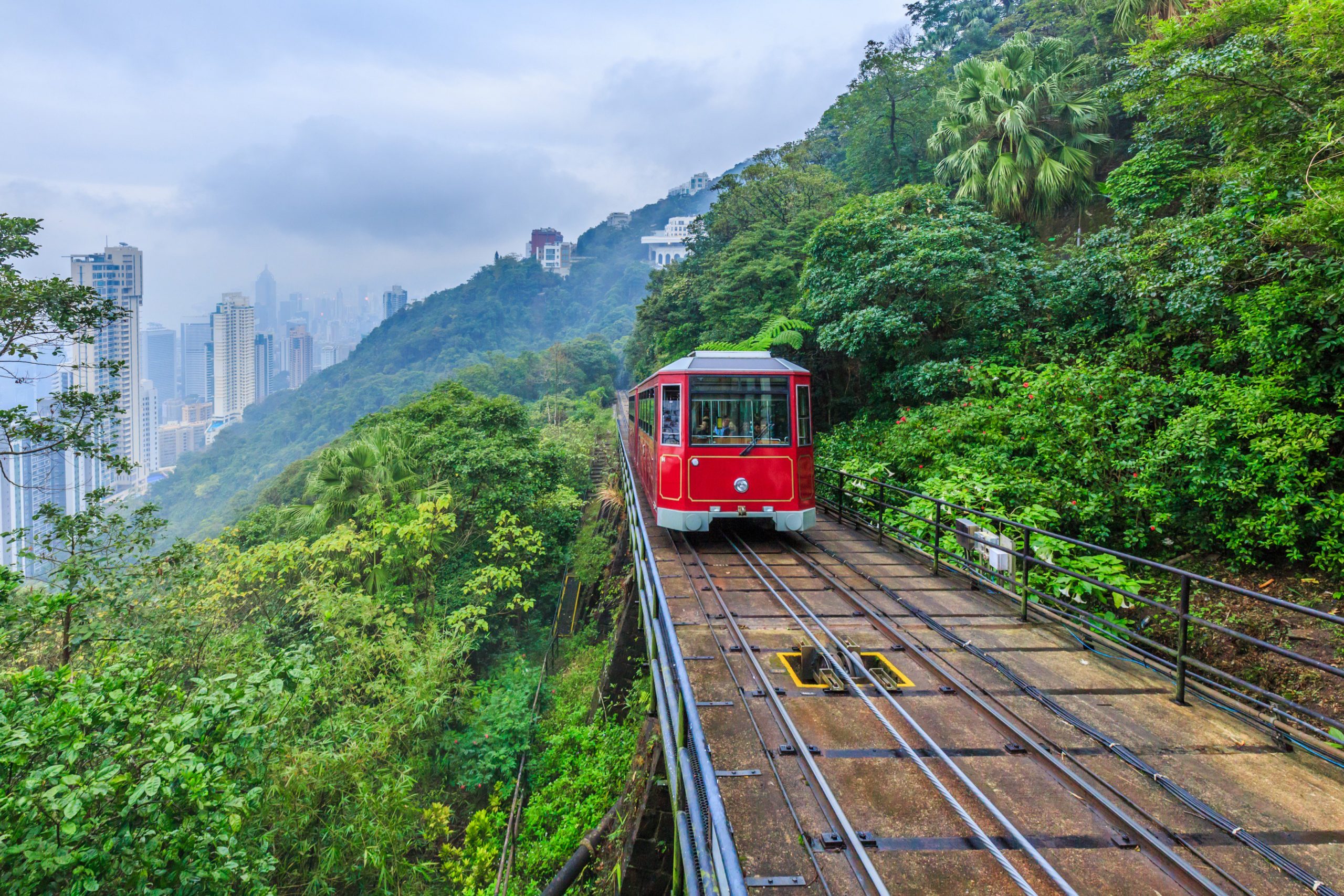 The Peak Tram is one of the world’s oldest funicular railways, attracting millions of tourists each year and transporting them up to Victoria Peak, Hong Kong, with incredible views of Hong Kong’s skyscrapers and the harbour beyond. Now, the must-ride tram is getting a makeover in an all new renovation plan.

1. The Peak Tram and its history

The Peak Tram travels 396 metres from Garden Road in Central to Victoria Peak, along 1.4km of steep slope with a gradient of up to 25.7 degrees. The tram was designed by Scottish-born designer Alexander Findlay Smith, who lived on the Peak along with 30-40 expat families who inhabited the area in the early 1880s because of its cooler climate. With the only access being by sedan chair, Smith began looking at the best means of transport for climbing steep hills and travelled to Europe and North America. He returned with a plan for the tram, which would became the first cable funicular tramway in Asia.

A post shared by The Peak, Hong Kong (@thepeakhk)

The government gave approval for the project in 1882 and the Hong Kong High Level Tramways Company was created. In September 1885 construction began and the line was officially opened in May 1888 by Governor Sir George William des Voeux. The tram connected Murray Barracks to Victoria Gap with five stops in-between, and following Smith’s purchase of Dunheved House, originally a restaurant and bar, the building close to the tram’s planned terminus was turned into the Peak Hotel and opened in 1888 in time for the line’s official opening. In the first year of its life the Peak Tram carried around 150,000 passengers.

The first trams were made from varnished timber with rows of wooden slatted seats at the front and rear of the carriage which seated a total of 30 people, and an enclosed compartment in the middle for first class passengers (Peak residents and government officials). From the years 1908 to 1949 the tram also had its first two front seats reserved for the Hong Kong governor with a bronze plaque attached reading, ‘This seat is reserved for His Excellency the Governor.’ The seats could be used by other passengers only two minutes before departure.The Peak Tram was powered by coal-fired steam boilers before being replaced by an electrically powered system in 1926. In 1956 the old wooden carriages were replaced by a new generation of lightweight metal-bodied carriages seating 62 people. Later on in 1989 it was updated again, rebuilt with new tracks as well as a computerised control system and two new carriages with a capacity of 120 passengers. By 1997, the Peak Tram was carrying two million passengers a year and before the Covid-19 pandemic numbers were up to four million.

A post shared by The Peak, Hong Kong (@thepeakhk)

The Peak Tram, which is currently in its fifth generation of classic 1989 burgundy carriages, is now getting another upgrade and will retire on June 28th for a renovation plan. The renovation plan is expected to cost around HK$700 million and take around six months. It will include a longer carriage to increase capacity from 120 to 210, upgraded power and towing systems, the replacing of cables and rails and improved track foundations and bridges to offer visitors a more comfortable and entertaining travel experience. The Peak Tramways Company will also be collaborating with eight local artists, including Peter Ng, Uncle@Afterworkshop, Stella So, No Paper Studio, Pei Chung, Even Lee, Jacmila, and John Lam in order to decorate two tramcars with unique artwork. These will be themed to Hong Kong’s culture, nature, iconic landmarks and movies, as well as honouring memorable events from the past.