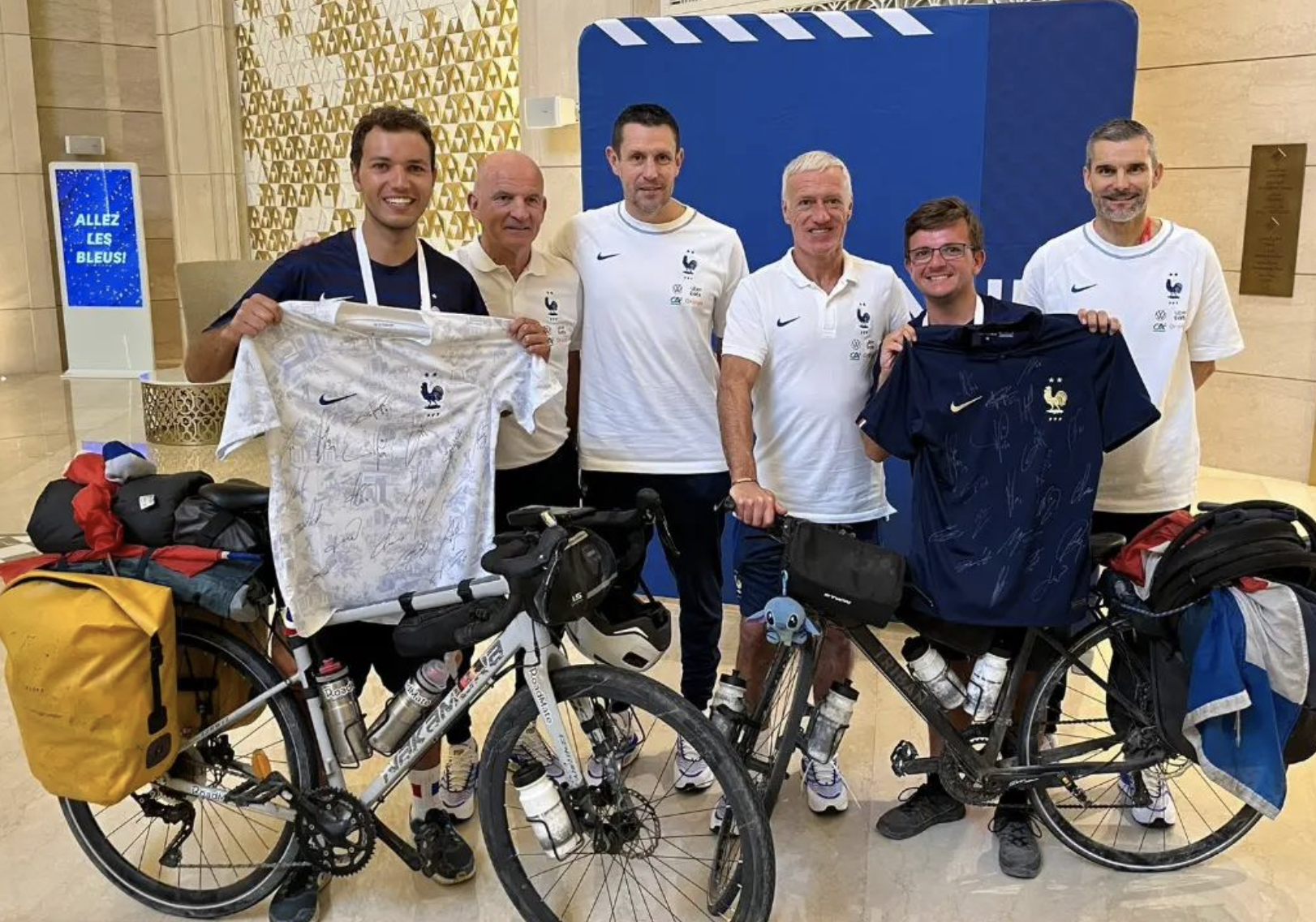 Two French fans traveled from France to Qatar to watch their team play at the World Cup.

Mehdi Balamissa and Gabriel Martin cycled about 7,000 kilometers in three months to reach Doha and watch the France National Football Team playing at the World Cup 2022.

The two friends, both self-employed, took three months off to go to Qatar. They started their ride at the Stade de France in Paris, home of the French national team, and finished at the Lusail Stadium, the venue that will host the Qatar 2022 final. They traveled about 115 km per day.

Speaking with CNN Sport, Balamissa admitted that it was a “crazy idea,” adding that they are “the kind of people that have big ideas and don’t want to have any regrets.”

This was not the first time the two friends had traveled by bicycle to see their team play. Last year, they cycled from France to Italy to watch their country play in the UEFA Nations League. But this time, they wanted to test themselves with a much longer trip.

When in Qatar, they plan on enjoying the World Cup and discovering the country. They have already been invited to meet their team by the French Football Federation (FFF), and they have been provided tickets for all three of its group games.

During the trip, they crossed a total of 13 countries and encountered several problems along the way, such as flat tires. Martin explains that they had to be very flexible and adapt to any situation they encountered during the journey.

“In this kind of trip, you have to be really flexible. In fact, the main part of the trip is to be flexible and to just adapt to every situation the best you can. I think we did well, actually.” Gabriel Martin

During the trip, they stopped off at campsites, lodges and hotels to sleep. They spent most of the trip alone. Occasionally, they would spend time with local people and share a meal with them.

As they got closer to Doha, the pair of friends were joined by around 20 French and Qatari cyclists for the final stretch.

“It was very special when we got to Qatar because it meant it was the end of this crazy trip and this lifestyle that we actually enjoyed a lot.” Mehdi Balamissa

They now plan to stay in Qatar for as long as France stays in the competition. They hope their trip would shed light on the importance of sustainable travel and said they plan to offer cycling workshops to children from disadvantaged backgrounds when they eventually fly back home.