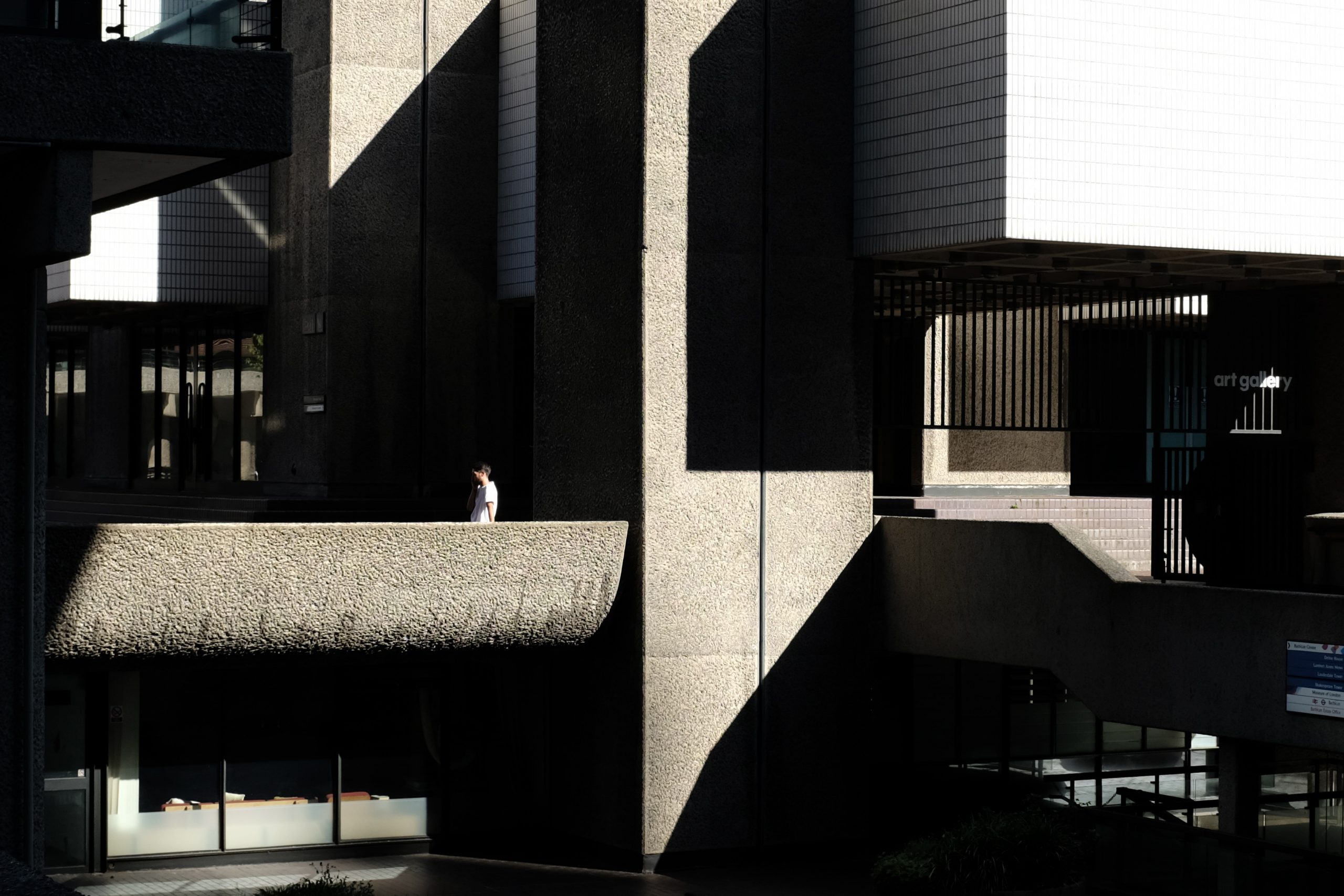 Have you heard about Swedish crayfish parties?

Concrete. That is probably the first thing most of us think about when they hear the term ‘Brutalism’. Not without reason, as a lot of Brutalist buildings indeed mostly consist of concrete. Yet there is more. Even if different people give different definitions to the architectural style, in a few words it comes down to this. In Brutalism, the building materials (such as concrete, brick and metal) are showcased in their purest form. Structural elements steal the show, decorative extras are thrown overboard.

Even though the architectural style was first introduced by British architects Alison and Peter Smithson as a way to lower the costs of social housing, it has later been put to action in all kind of projects all over the world. Theatres, city halls, individual houses. Although not everyone appreciates the style, which has often been described as cold and impersonal, it appealed to architects from all over the world and you will find traces of it almost everywhere you go. If you, just like me, are intrigued by Brutalism and want to see some of the buildings with your own eyes, these five are a good place to start.

When you think of Italy, the first thing that comes to mind are probably the cute little farms in Tuscany or the Renaissance palaces in Florence. Although that is most certainly true, the country also has a bunch of Brutalist structures on offer. Take the Torre Velasca in Milan for example. This skyscraper was built in the 1950’s by the BBPR architectural partnership and stands out because of its mushroom-like shape. Actually, the shape was supposed to be a nod to the Lombard architectural tradition, which is amongst other things characterized by medieval fortresses which were narrower at the base and wider at the top. Nowadays, the building is classified as a historic landmark and after having bought the tower in January 2020, U.S.-based real estate group Hines plans to transform the building into a luxury office-led complex.

As I said so already, Italy has more than one Brutalist gem on offer. Architecture lovers will swoon over the remnants of the Casa Sperimentale in Fregene, a coastal town not too far from Rome. As the name suggest, this holiday house – if we may call it that way – was an experiment of the architect Giuseppe Perugini together with his wife and son. Amidst a pine forest lies a Brutalist piece of architecture, consisting of mainly concrete cubes and spheres. To enter the house, visitors had to climb a bright red staircase which doubled as a drawbridge so that the construction could be entirely isolated from the outside world. Casa Sperimentale has been abandoned since the nineties, yet you can still get a glimpse of the structure when you look through the fence which separates the property from the street.

From Italy we now move to Belgium – Sint-Martens-Latem to be more precise. Here, you will find the Van Wassenhove Residence designed by Juliaan Lampens. This Belgian architect can be linked to personalities like Le Corbusier and Mies van der Rohe, although he also found inspiration in Scandinavia and Japan. Van Wassenhove Residence was commissioned by teacher Albert Van Wassenhove and mainly consists of concrete, wood and glass. A true particularity of this house is the fact that all rooms overlap, there are no walls separating them from one another. Not only can this masterpiece be visited on specific dates, but until October 31 you also have the possibility to book the house for two nights at a time. There is only room for two people and you will have to pay 500 euros for your stay, yet this is an opportunity architecture lovers can only dream about.

Admittedly, this is not exactly what you call a hidden gem. Any Brutalist appreciator out there will know about the Barbican. So, sorry if you already knew this one. If you are new to the whole Brutalist scene, though, this is your perfect entryway into the architectural style. A lot can be said about this masterpiece, yet I will try to keep it short. It was designed by Peter Chamberlin, Geoffry Powell and Christoph Bon and built during the sixties and seventies. The estate combines different functions: a vast residential area, an arts center, commercial spaces, a conservatory… You name it and you will find it here. Thanks to the big outdoor space, where you will find parks, water features and sports facilities, this is a great place to spend the afternoon and learn about the building’s history.

This one is a little sneaky, I will admit that much. Yet sometimes you just have to think out of the box. I came across this one totally by accident while on a road trip through Armenia and I must say, a pleasant surprise it was. The Gladzor Sanatorium is located right above an impressive clifftop in Jermuk, which once was known throughout the whole Soviet Union for its health benefits. In the town, you will find multiple hot springs and it is therefore no surprise that all tourism here is spa-themed. Nowadays, Jermuk seems a little deserted, yet that only adds to its architectural charm. Although the Gladzor Sanatorium seems to have been abandoned for a while, it is still as aw-inspiring as during its heyday and an absolute must-see if one day you decide to go to Armenia.