Whenever travelling abroad, discovering the local cuisine is essential and, in this regard, Azerbaijan has a plentiful offer. From fresh salads to kebabs and teas, you cannot leave the country on an empty stomach.

A plate of fresh vegetables and herbs is always present on the table for people to serve themselves with whatever they please. “Azerbaijan has the best tomatoes in the world”, our guide proudly told us, adding that they are all organic.

Azerbaijani pomegranate is recognised as one of the best around the world, thanks to the country’s unique microclimate and fertile soil, and, locally, it is called the king of fruits. While one would normally associate fruits more with dessert, the pomegranate salad is a common starter, made with beetroot, carrots and mayonnaise, among others.

The mimosa is another mouth-watering salad, with boiled potatoes and mayonnaise, chicken and topped with cheese.

There are many possible starters along with the vegetables and salads. Qutab, or Gutab, are stuffed Azerbaijani flatbreads, which can be filled with either meat, usually lamb, or a mix of herbs, including coriander, dill and Chenopodium. Depending on the filling, they are accompanied by a specific topping, sumac for the meat ones and sour cream and yogurt for the herb ones.

Dolma, vine leaves stuffed with meat, rice and spices are also on the menu, in a smaller, rounder version than the Turkish ones.

Shakh plov, meaning the king of rice, is the Azerbaijani national dish. It’s a masterpiece just to look at, but as soon as it is cut open, you understand why it is called the king.

The rice is only partly boiled before being mixed with saffron, lamb meat, chestnuts and dry fruits, such as sultanas, apricots and prunes. It is then placed in a pot lined with butter drenched lavash, a thin flatbread, and baked together until the lavash is golden and crispy and all the flavours on the inside are blended together.

Meat is always on the menu, usually lamb, be it in the form of kebabs or delicious ribs covered with pomegranate sauce, accompanied by baked potatoes and grilled vegetables and a big plate of various pickles, from the more common cucumbers and cabbage to cranberries and golden cherry plums.

Tea is served after almost every meal, accompanied by different jams and preserves, most commonly, sour cherry jam. The tea can be plain, or sometimes infused with thyme, and served with a slice of lemon, which is thought to absorb the negative or bad energies and should be left in the teacup. To balance the bitterness of the tea, you alternate a teaspoon of jam between the sips of tea, a match made in heaven.

I loved every bite of every meal. The welcoming people, the hearty food, the charming atmosphere, it all created a very warm environment where, at times, I felt like at home. 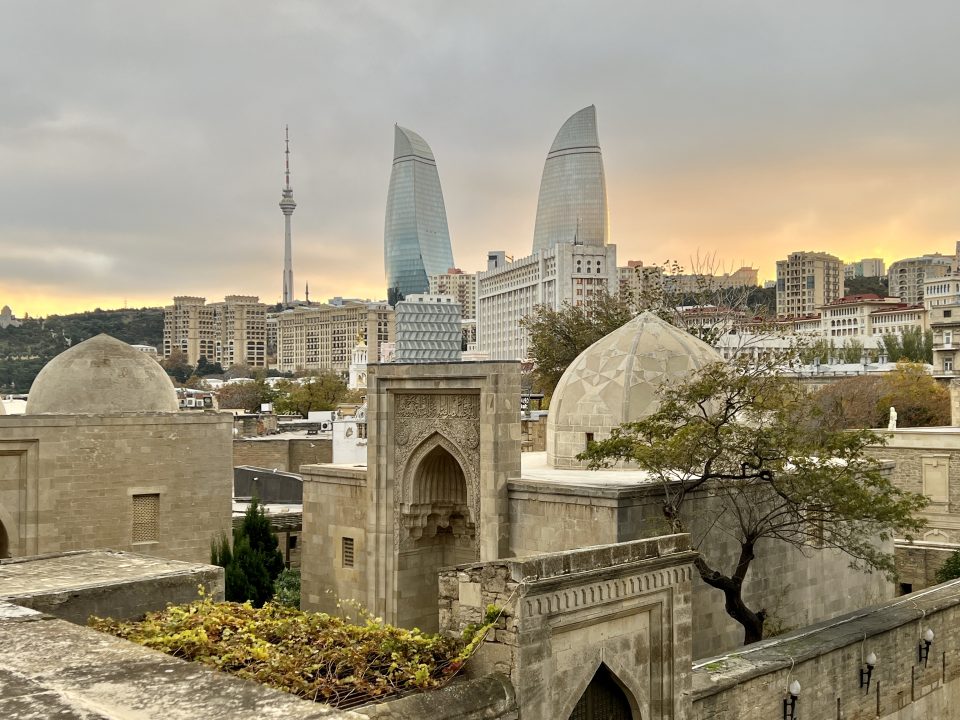 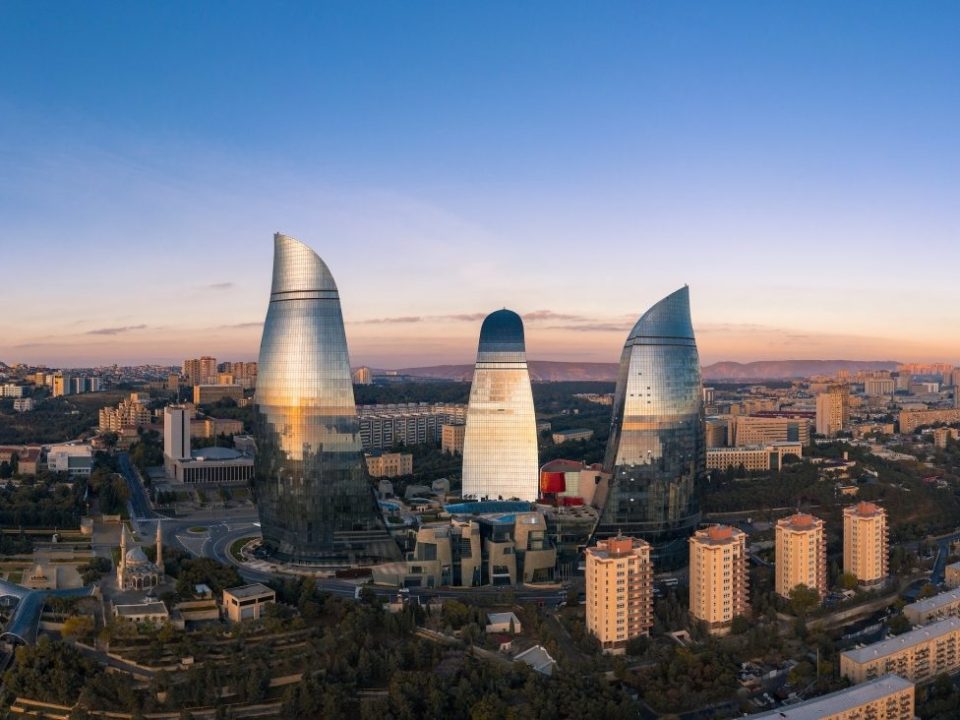 The most stunning modern architecture in Baku