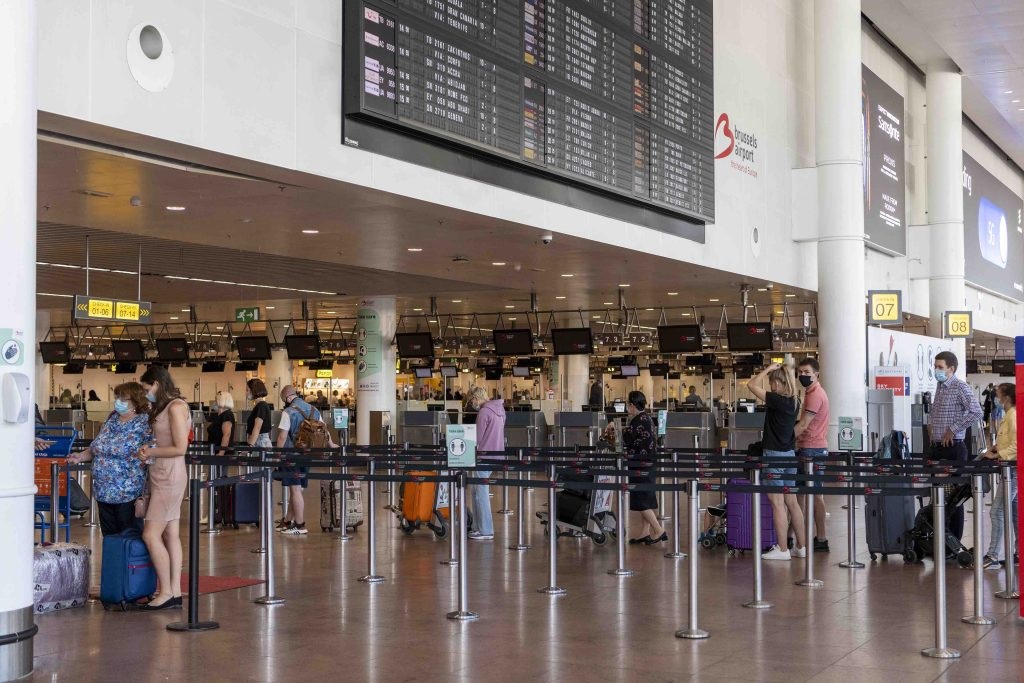 December is a busy month at airports around the world. Many people return home for Christmas and airports fill up with passengers eager to reconnect with their loved ones. There are others who decide to take a getaway to celebrate the holidays in a different location. This year, travel in Europe could be impacted in December and January season after a series of labor disputes linked to pay rises and long working schedules have led to industrial actions in different countries. Here are the highlights.

TAP Air Portugal has announced the cancellation of 360 flights ahead of a two-day strike by cabin crew scheduled for December 8th and 9th. Unions called for the two day industrial action after the negotiations between the two parties stalled. “In order to protect our customers and to avoid uncertainty, we have decided to cancel 360 flights on December 8 and 9,” TAP’s general manager, Christine Ourmières-Widener, said at a press conference.

According to Simple Flying magazine, the strike was called by the SNPVAC, one of the unions representing TAP’s cabin crew, after the negotiations between the two parties stalled. Ricardo Penarroias, the union leader, said that the most recent offer did not address staffing shortages, break times, and low wages. The airline has proposed wage cuts and flexible schedules, but crew members want the latest offer to be the base for future negotiations.

Security staff at Eurostar will strike for four days in December, in the period leading up to Christmas. Eurostar’s security staff are contracted out to a facilities management company called Mitie.

Around 100 members of the RMT sectoral union will go on strike on 16, 18, 22 and 23 December, after a vote by a large majority in favor of strike action, the union said in a statement. The are demanding pay rises in line with the country’s soaring inflation. This strike will “severely disrupt” the Eurostar service in the run-up to Christmas, RMT said.

These four days of strike action will be in addition to other walkouts on British rail lines. More strikes are expected to come. According to Eurnoews, RMT has announced more strikes at Network Rail and 14 other train operators on 13th to 14th, 16th to 17th December. Disruption is also expected to happen on the 3rd to 4th, and 6th to 7th January, 2023.

Baggage handlers have voted to strike from 16 December, reports the BBC. The 72-hour strike action will affect flights operated by 10 major airlines from Heathrow Terminals 2, 3 and 4. The dispute is related to a pay offer made to cargo workers but which has not been extended to baggage handlers.

According to Euronews, Members of Public and Commercial Services (PCS) Union, which represents Passport Office and Border Force staff, have also voted for a strike over Christmas. Exact dates have not yet been confirmed.

Almost 10,000 conductors of the SNCF, of which nearly 3,000 work on TGV and Intercity trains, have an essential function in terms of traffic and passenger safety. Without them, a train could not depart. The compulsory annual negotiations (NAO) are scheduled to happen this week at SNCF group level.

Ryanair staff based in Belgium, stewards, stewardesses and pilots, are threatening action during the holiday season. The ACV Puls and the CNE unions have warned that if the Irish low-cost airline “continues to flout the laws without anyone doing anything“ the industrial action will be inevitable. The two Christian unions have written an open letter in this sense to the Ministers of Employment Pierre-Yves Dermagne and Justice Vincent Van Quickenborne.

“Since it set up in Belgium, Ryanair has not stopped flouting the laws,” said Hans Elsen, permanent secretary of ACV Puls. According to Elsen, the low-cost company continues not to comply with Belgian labor legislation “without anyone doing anything”. Precise strike dates have not yet been confirmed.

Crew members of Ryanair, the Irish low-cost airline, started a strike months ago, and it is still active. It is scheduled to continue until January 2023.

Vueling, the Spanish airline owned by IAG, is currently maintaining an active strike that began earlier this month and is also scheduled to last until the end of January 2023. In fact, on its first day of stoppage, last November 1, the airline had to cancel a total of 54 flights, although it confirmed that the minimum services during that day reached 90 %.

The strikes affect cabin crew, in the case of Vueling, and ground staff, in the case of Ryanair, and both are aimed at achieving labor improvements related either to pay or to occupational risk prevention issues.

In the case of Ryanair, the strikes are called every Friday, Saturday and Sunday until January 8, although some of these days will be partial in the following time slots: from 04:00 to 07:00; from 12:00 to 15:00; and from 21:00 to 23:00. However, due to the large number of flights that the airline operates in Spain, most of the country’s airports will be affected.

The strikes at Vueling are called every Friday, Sunday and Monday until January 31, 2023, in addition to holidays, December 24 and 25, and January 5. The government has decreed minimum services that are currently between 57 and 80 %. The company has reported that almost all passengers affected by cancelled flights are either rebooked or have received the corresponding refunds.