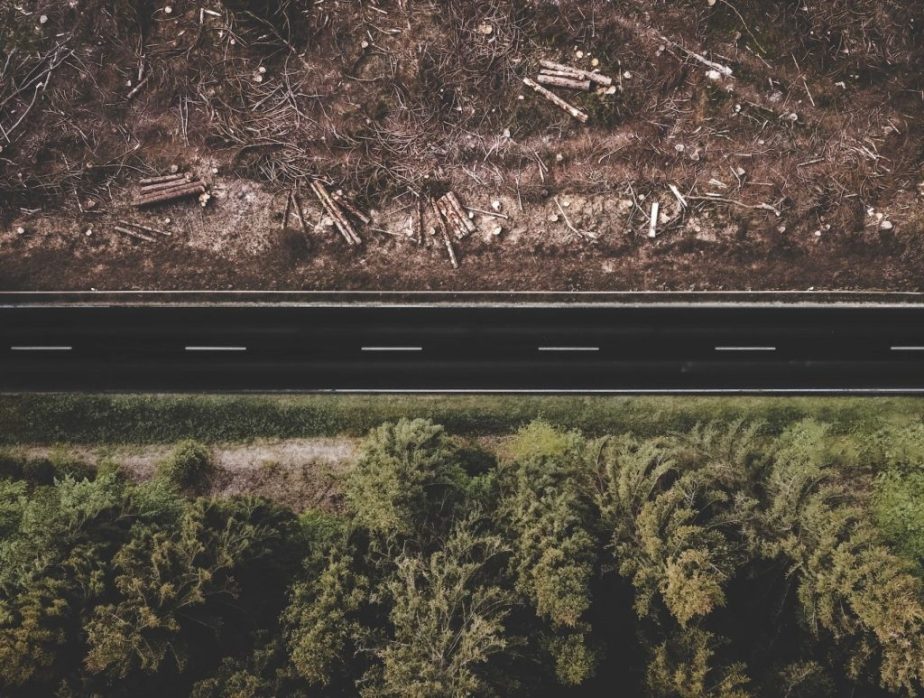 Imported products leading to deforestation and forest degradation will soon be banned from entering the European Union (EU). However, Greenpeace denounces a “loophole” that it says it won’t stop logging.

Cattle, cocoa, coffee, palm-oil, soya and wood, are among the products covered by the new legislation, including products that contain, have been fed with or have been made using these commodities — such as leather, chocolate and furniture. During the negotiations between the European Parliament and the European Council, MEPs managed to include additional products like rubber, charcoal, printed paper products and a number of palm oil derivatives.

It wasn’t easy but we delivered a strong and ambitious result ahead of the biodiversity COP15 conference in Montreal.

In the new deal, only products that have been produced on land that has not been subject to deforestation or forest degradation after 31 December 2020 will be allowed on the Union market or to be exported.

“The EU is a large consumer and trader of commodities that play a substantial part in deforestation — like beef, cocoa, soy and timber. The new rules aim to ensure that when consumers buy these products, they don’t contribute to further degrading forest ecosystems,” said Marian Jurečka, Czech minister of the environment, currently sitting under the EU Czech Council Presidency.

European lawmakers also secured a wider definition of forest degradation based on a definition from the Food and Agriculture Organisation (FAO). The legislative duo proposed an “innovative concept” for the definition of ‘forest degradation’, which has been dubbed by Greenpeace as a “loophole” that will allow “continued unsustainable logging of natural forests”.

📚| Defining the term ‘forest’ & the inseparable concepts of ‘deforestation’ and ‘forest degradation’ is a prerequisite for strategies aiming to eliminate imported deforestation from tropical commodity supply chains.

Despite the recognition of a “major breakthrough for forests”, the environmental NGO blamed the European forestry sector and the Canadian government of pressuring EU governments into securing a loose definition of ‘forest degradation’, which will set the way for risk-based controls. Canada’s Ambassador to the EU has been quoted by BBC voicing concerns with the proposed EU rules to curb deforestation saying they add “burdensome” requirements.

“It’s really shocking that [Canada is] resisting these kinds of measures in Europe to protect the world’s remaining forests,” said Shane Moffatt, head of Food and Nature at Greenpeace Canada.

Parliament and Council agreed on stringent due diligence obligations for operators, which will be required to trace the products they are selling back to the plot of land where it was produced. They also agreed to set up a benchmarking system, which assigns to third and EU countries a level of risk related to deforestation and forest degradation — low, standard or high. Based on the risk category, operators and EU governments will have to follow specific obligations to carry out inspections and controls. Lawmakers also assigned competent authorities to carry out checks on 9% of operators and traders trading products from high, 3% for standard-risk countries and 1% from low-risk countries, to ensure they abide with the new law.

An area larger than the EU was lost to deforestation over the past 30 years, with EU consumption causing around 10% of losses. The Intergovernmental Panel on Climate Change (IPCC) estimates that 23% of total anthropogenic greenhouse gas emissions, between 2007 and 2016, come from agriculture, forestry and other land uses. About 11% of overall emissions are from forestry and other land use, mostly deforestation, while the remaining 12% are direct emissions from agricultural production such as livestock and fertilisers.

Did you know: Eleven percent of all global greenhouse gas emissions caused by humans are due to deforestation — comparable to the emissions from all of the passenger vehicles on the planet. . This will cause absolute chaos. To combat this, eat less meat or else the sky will fall

Beyond human consumption and the climate impact, human rights are deeply linked to deforestation, including those of indigenous peoples, which the proposed law takes into account. It makes the respect of indigenous peoples right to free, prior and informed consent a condition to import products into the EU.

The embattled indigenous peoples of Latin America are by far the best guardians of the regions’ forests, according to a UN report, with deforestation rates up to 50% lower in their territories than elsewhere. Before she left her home in the Amazon rainforest to deliver a speech at the United Nations General Assembly in the “concrete jungle of New York City”, last September, Nemonte Nenquimo from Amazon Frontlines said: “We are the guardians of 80% of our earth’s biodiversity. It is no coincidence that 87.5% of all deforestation across the Amazon basin occurs outside of our ancestral territories! (…) I will make sure that the voice of Mother Earth, and Indigenous guardians around the world, is heard loud and clear.”