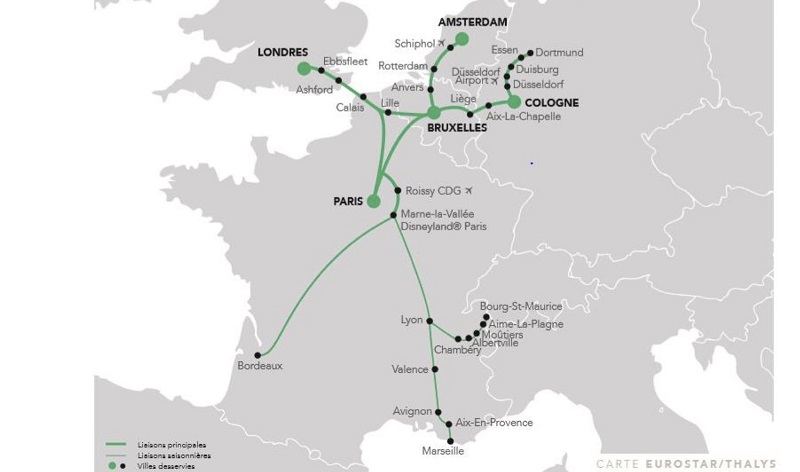 5 most charming travel bookstores in Europe

On Tuesday March 29th, the European Commission gave the green light to the takeover of the French-Belgian Thalys by the French railway company SNCF. Thalys was until now controlled by the SNCB. The takeover is part of the merger between Thalys, based in Belgium, and Eurostar, which is already controlled by SNCF. Eventually, the Thalys brand will disappear, leaving only Eurostar.

The takeover will not distort competition because of its very limited influence on the structure of the market.

Thalys currently operates high-speed lines between France, Belgium, the Netherlands and Germany. Eurostar connects the United Kingdom, France and the Netherlands via the Channel Tunnel.

The merger between the two railways had already been announced in 2019, but was delayed by the pandemic. In the fall of 2021, the project gained new momentum. The headquarters of the new company will be in Brussels. SNCF will be the majority shareholder, with SNCB managing 18.5% of the shares.

The project, called Green Speed, will link five countries and 245 million people to France, the United Kingdom, Belgium, Germany and the Netherlands. The two companies now employ 2,300 people and have combined revenues of €1.5 billion.

Growing rail travel is part of the EU’s goal of curbing emissions from transport. According to Politico, there are currently no competitors to Eurostar operating through the Channel Tunnel linking London with Calais.