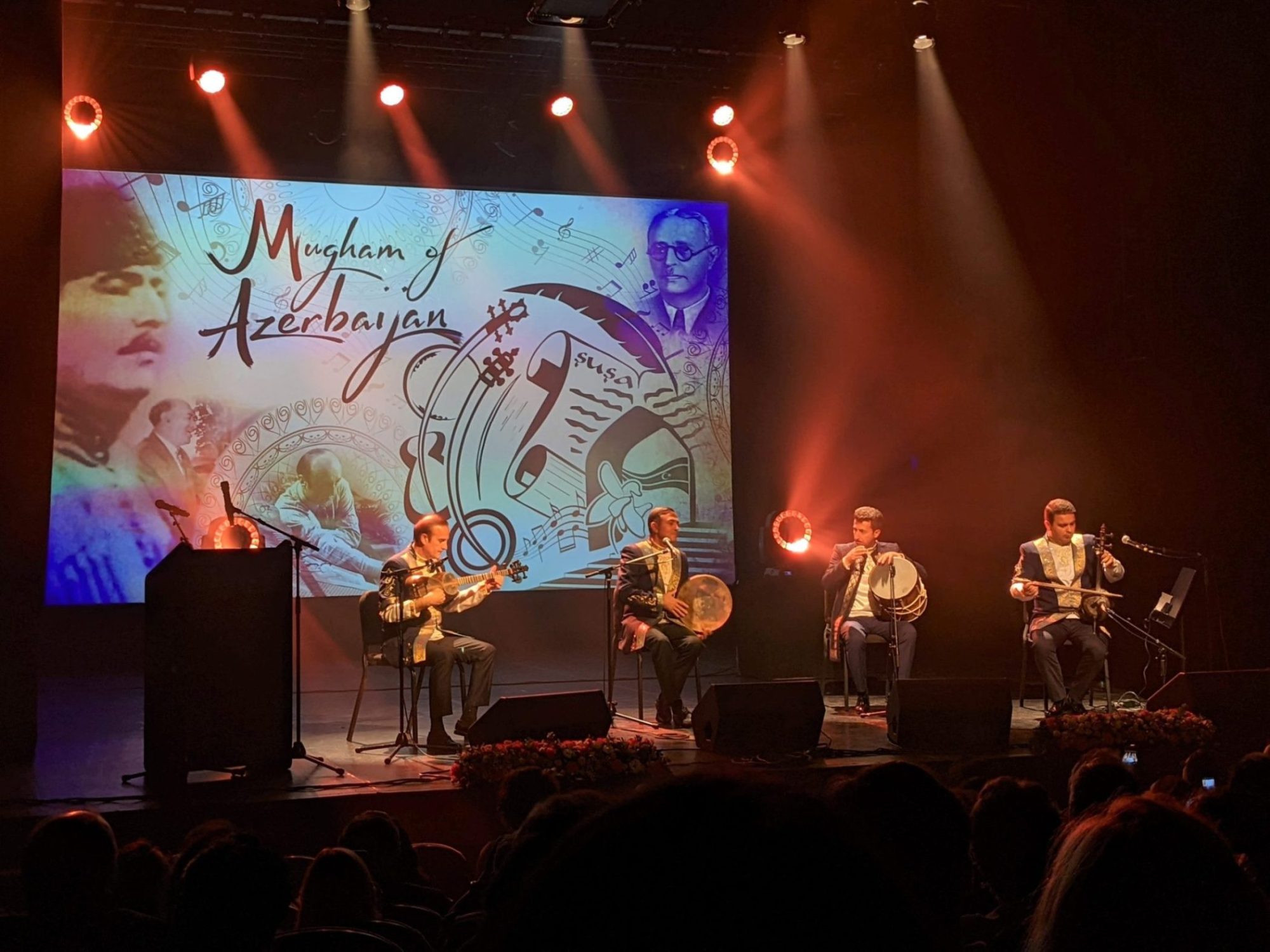 The Azerbaijani Mugham is a form of traditional folk music. Its main characteristic, which makes is so unique, is improvisation. It cannot be transcribed in fixed form, masters only train students in the fine art of improvisation and each interpretation is different, ensuring the variety of this artistic expression.

To celebrate the 120th anniversary of one of the greatest Mugham singers, Xan Şuşinski (Khan Shushinski), the Embassy of the Republic of Azerbaijan to the Kingdom of Belgium organised a concert at the Bozar theatre in the centre of Brussels. The occasion also celebrated the declaration of Xan’s birthplace, the city of Șușa (Shusha), as the Azerbaijani capital of culture.

Ambassador Vaqif Sadıqov, Embassy of the Republic of Azerbaijan to the Kingdom of Belgium

The Mugham is both a classical and academic art, combining poetry with traditional music. It is usually performed by three to four people, one of which is the vocalist, who can also play a percussion instrument, and the others playing customary instruments.

The instruments used in the performance of Mugham are the tar, a long-necked, waisted lute, characterised by the double-bowl shaped body carved from mulberry wood, the kamancha, a four-string spiked fiddle, the daf, which resembles a big tambourine and is the one usually played by the vocalist, and the naghara, a drum.

The art of Mugham was proclaimed a “Masterpiece of the Oral and Intangible Heritage of Humanity” by UNESCO in 2003 and, since 2008, it has been inscribed on the Intangible Cultural Heritage list. Moreover, a recording of Mugham was added to the Voyager Golden Records, which were sent into space on the Voyager spacecraft in 1977. “I don’t know if anyone in the universe is listening, but it’s still there”, said Ambassador Sadıqov before the concert started.

It is traditionally only performed for two special occasions: the toy, the traditional wedding feast and the majles, a gathering of connoisseurs in private settings. It is often described as more than just music, rather a state of mind and a way of connecting with the universe. Listeners are carried by the singer’s discourse to a different place and time.

Over the years, the Mugham has changed under Western influences, which, according to UNESCO, has made it lose some of its aesthetic and expressive characteristics, “particularly apparent in the manner in which contemporary musicians perform and transmit their skills to the younger generation”. It has also been adapted by composers to symphonic Mugham, meant to be performed by orchestras instead of the traditional few singers.