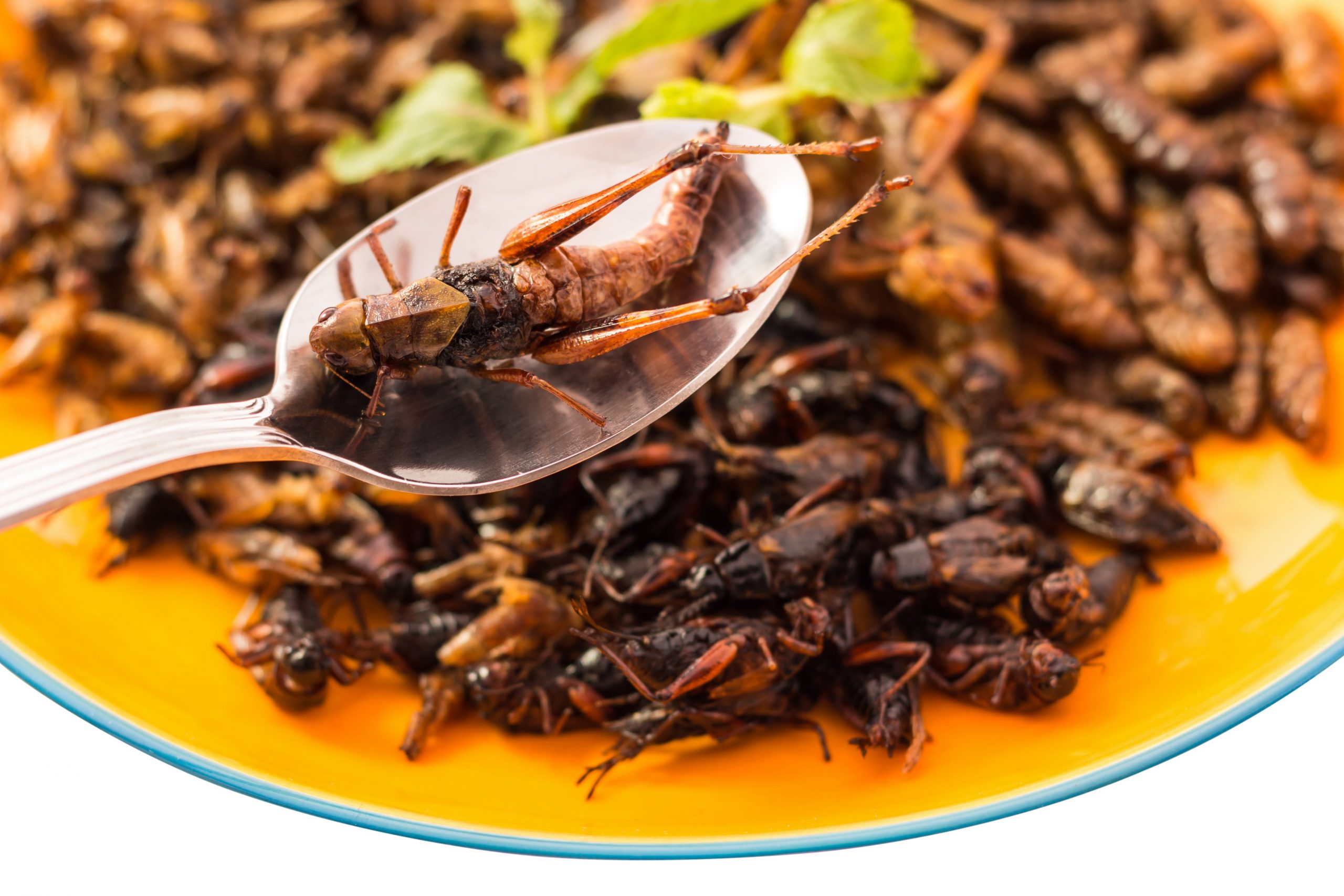 Norwegian Air to put an end to its long haul flights

Have you ever eaten an insect? Would you try one? Or buy food products containing them? Entomophagy, the practice of eating insects, has so far been a niche product, however it is gaining increasing interest in Europe and foods made from insects are appearing in major supermarkets around Europe. On Wednesday, the EU Food Safety Agency (EFSA) classified mealworms as safe for human consumption, paving the way for further changes to EU food regulations regarding the critters. So why this is, and what are the benefits of increasing our insect intake?

1. Benefits of insects as a food

Insects are the planet’s most diverse group of organisms, they are nutritionally dense and versatile, as well as a rich source of proteins, fats, minerals and vitamins. Over 1000 different species of them are already eaten regularly in Africa, Asia, and Central and South America, and it is said they have a nice taste, even being considered delicacies in some countries. In some EU Member States, insect food products are also available to eat, sold whole or ground, or with their nutrients extracted and mixed into processed foodstuffs to enhance the quality, like burgers, pasta, cereal bars, and cakes.

However, insects are more than a health or food trend; they could hold the answer to feeding the worlds’ 9 billion people in 2050. As part of the European Green Deal and in light of the Covid-19 pandemic, the EU has committed to transitioning to a more sustainable and resilient food system, and the Commission’s “Farm to Fork” strategy promises to ‘identify new, innovative food products’. The UN Food and Agriculture Organisation (FAO) states that by 2030, each person will eat an average of 10% more meat than in 2015, and this rising consumption poses huge environmental issues due to the methane emissions from billions of animals and the large amounts of land and water resources required to produce animal feed.

From an environmental point of view, insects could be a promising option. Although they, like many animals, are dependent on plant proteins, they convert them into body weight more efficiently than cows, pigs or chickens and also have a protein content that ranges between 35% and 77% higher. Additionally, insects naturally consume organic waste, which gives potential for circular production. Most insects don’t produce methane, and greenhouse gas emissions and ammonia production is also low. There is potential to use insects as feed for other animal livestock, maybe also reducing EU agricultural dependency on environmentally destructive feed materials, like soya and fish meal.

EU legislation has recently been playing catch up to entomophagy’s expansion, and on Wednesday a new opinion by the EU Food Safety Agency (EFSA) classified mealworms as safe for human consumption, paving the way for the first EU-wide approval. This is EFSA’s first risk assessment of an insect food product application and specifically concerns the safety of the dried yellow mealworm, dried and whole or as a powder, as a novel food. It comes following an application submitted by the French company EAP Group Agronutris in 2018. It concluded that mealworms are safe under the proposed conditions of use, but highlighted some allergenic concerns, specifically for people with known crustaceans or dust mites allergies. The EFSA panel therefore recommended that “research is undertaken on the allergenicity to yellow mealworm”.

Ermolaos Ververis, scientific officer in EFSA’s NUTRI unit, described this first EFSA risk assessment of an insect as novel food as “decisive and necessary” in the regulation of novel foods, “EFSA’s safety assessments of insects and products as novel foods are an important contribution to innovation in this sector,” he added. This assessment is the latest in a series of EFSA scientific opinions on novel food applications and will serve as the basis for an upcoming decision marketing approval. The Commission must now submit a draft implementing act authorising the placing on the market to the standing committee within seven months.

Today we published our first full safety evaluation of #InsectFood, within the framework of our work on #NovelFood applications. What are the main challenges of assessing #insects as food and will Europeans take to insect food? Stay tuned! https://t.co/dUYMwsxDEy

4. Will Europeans eat them?

So, insects could make a healthy addition to European diets, however whether they will prove popular among us is another question. Since the start of 2019, German supermarket chain Kaufland has offered customers garlic and herb flavoured mealworms as well as buffalo worms with hints of sour cream and onion. Bastien Rabastens, founder of French company Jimini’s, who supplies Kaufland, explains “customers who buy insect-based foods are primarily looking for a new eating experience. Our task is to translate this into products that fit our normal eating habits”. He said the biggest challenge is the “yuck factor”, as although many people around the world eat insects, and worms were a delicacy in ancient Roman times, they are not part of typical European eating habits.

Last year, a survey by food manufacturer Veganz showed 41.6% of 24,000 people questioned said they would eat insects if they had been prepared properly. However, German opinion research company Civey stated 70% of those surveyed categorically rejected insect foods, with only one in five considering trying them. Meanwhile, Jimini’s is currently working on developing an insect-based steak in an attempt to make insects more appealing to customers, so as strange as it may seem, we may well be seeing more insect-related products on our supermarket shelves in the future. The question is, will you try them?