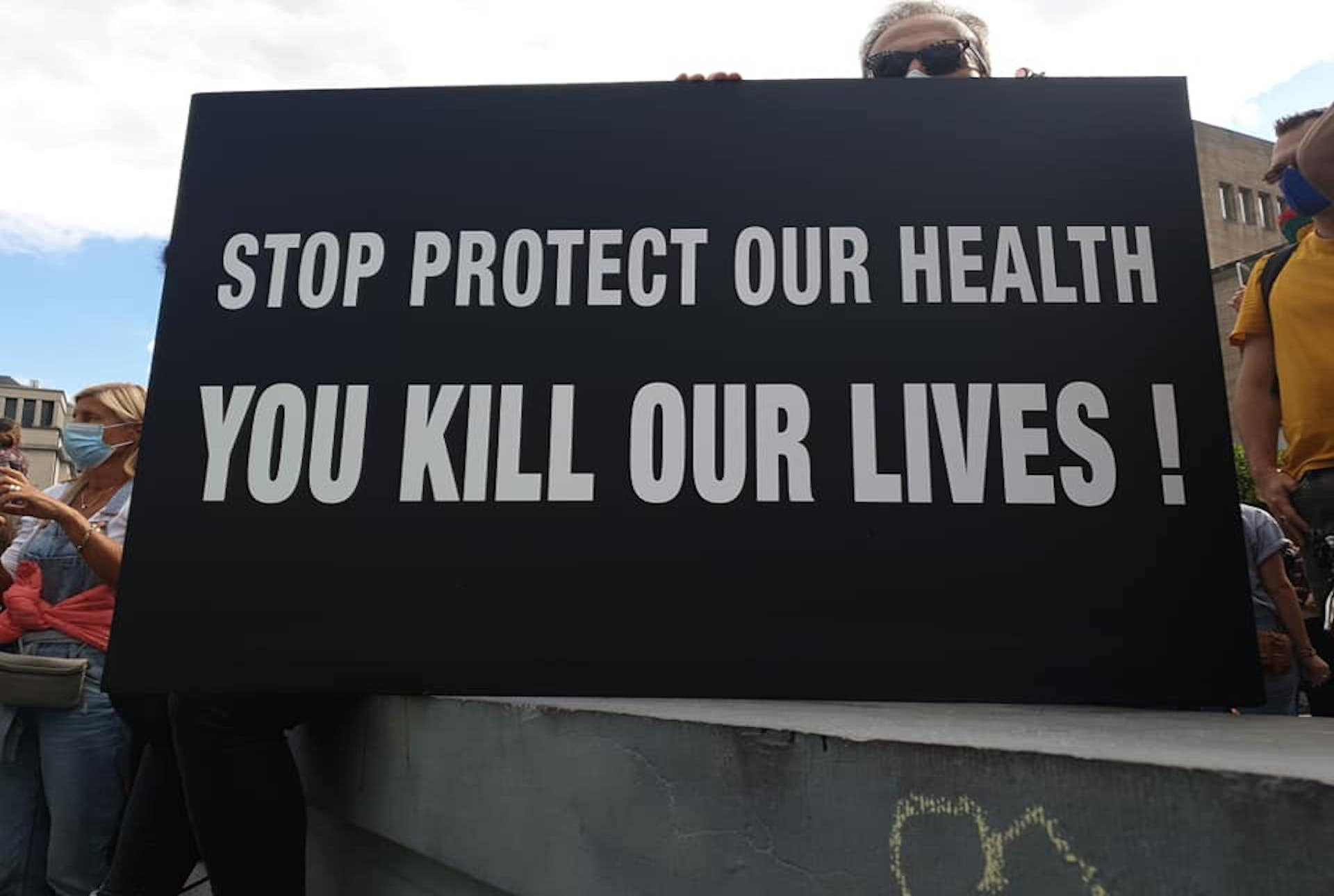 After a first demonstration a few weeks ago, the movement “Viruswaanzin/Folievirus” demonstrated against the Covid-19 measures in Brussels on Sunday September 6th.

“Demonstrations are limited to a maximum of 400 people, but we are expecting 4,000”, Valentine Julien, one of the organizers told Belgian news outlet Bruzz before the demonstration started.

“We want the government to immediately stop its Covid-19 measures. We don’t deny that the virus exists. But humans have been living together for centuries with bacteria and viruses. And it is also believed that the masks diminish our immunity”, the organizer said.

In the afternoon, the police reported on Twitter that they the participants were not respecting the sanitary rules, despite the warnings. As a consequence, they had stopped the gathering and fined the offenders.

“A large part of the demonstrators were not wearing masks, and did not respect the rules of social distancing”, said Olivier Slosse, the spokesperson for the Brussels-Ixelles police zone.

Two people were administratively arrested, and a judicial arrest was also issued for a person suspected of having struck a police officer in the face.