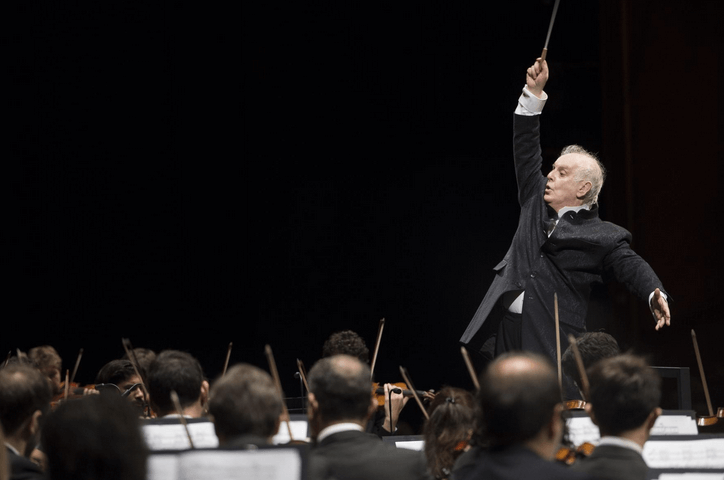 Meet the 12 winners of the 15th Brussels Airport Aviation Awards

On May 9th, 2022, world-renown conductor Daniel Barenboim will be in Brussels leading the West-Eastern Divan Orchestra for a unique symphonic concert at Bozar. Founded by Barenboim in 1999, the orchestra brings together Jewish and Arab musicians in an intercultural dialogue. Together they will be infusing the concert hall with an air that is unmistakably Czech. The concert will be held in the Henry Le Boeuf Hall of Bozar.

The program consists of Má Vlast, or My Fatherland, an ode to Bedřich Smetana’s Bohemian homeland in which the composer evokes the country’s breathtaking nature and rich history in warm romantic brush strokes. The concert will be a rare opportunity to hear the complete cycle performed in full, as it is more common that only the sweeping melodies of the second symphonic poem, Vltava (The Moldau) are performed on stage.

Daniel Barenboim was born on 15 November 1942 in Buenos Aires, Argentina. He started piano lessons at the age of five with his mother, continuing to study with his father, who remained his only teacher. On 19 August 1950, at the age of seven, he gave his first formal concert, in Buenos Aires.

In 1952, Barenboim’s family moved to Israel. Two years later, in the summer of 1954, his parents took him to Salzburg to take part in Igor Markevitch’s conducting classes. During that summer he also met and played for Wilhelm Furtwängler, who has remained a central musical influence and ideal for Barenboim.

Since his 1967 conducting debut with the Philharmonia Orchestra in London Daniel Barenboim has been in demand as a conductor at leading orchestras around the world, including the Vienna and the Berlin Philharmonics, ensembles with whom he has worked for decades now. Between 1975 and 1989, he was chief conductor of the Orchestre de Paris, where he premiered numerous contemporary works.

From 1991 to June 2006, Daniel Barenboim served as chief conductor of the Chicago Symphony Orchestra. In 2006, the musicians of the orchestra voted him honorary conductor for life. With this top-notch ensemble he completed a series of important recordings, including works by Brahms, Bruckner, Tchaikovsky, Strauss, and Schönberg.

Daniel Barenboim has been general music director at Berlin’s Staatsoper Unter den Linden, from 1992 to August 2002 also serving as artistic director. In the fall of 2000, Staatskapelle Berlin named him chief conductor for life.

Since 2015, talented young musicians from the Middle East have studied at the Barenboim-Said Academy in Berlin, another initiative of Daniel Barenboim. In the fall of 2016, this academy for music and humanities began a four-year bachelor’s program for up to 90 students in the renovated and remodeled former Magazine of the Staatsoper. This building also houses the Pierre Boulez Saal, designed by Frank Gehry, which has enriched Berlin’s musical life since its opening in March 2017, with Daniel Barenboim as conductor, piano soloist, chamber musician, and accompanist.

In 2016, Daniel Barenboim founded a piano trio with violinist Michael Barenboim and cellist Kian Soltani, with first concerts in Teatro Colón in Summer 2016. During the 2017/18 season the musicians will perform the complete Beethoven Piano Trios in Pierre Boulez Hall, combined with contemporary works.

In 2020, Barenboim curated the digital festival of new music “Distance / Intimacy” with flautist Emmanuel Pahud in the Pierre Boulez Saal. At their invitation ten contemporary composers, among them Jörg Widmann, Olga Neuwirth and Matthias Pintscher, contributed new works engaging artistically with the Covid-19 pandemic. All participating composers and musicians waived their fees, inviting listeners to financially support arts and culture

According to Israeli newspaper Haaretz, Barenboim holds citizenship in Argentina, Israel, Palestine, and Spain, and was the first person to hold Palestinian and Israeli citizenship simultaneously.