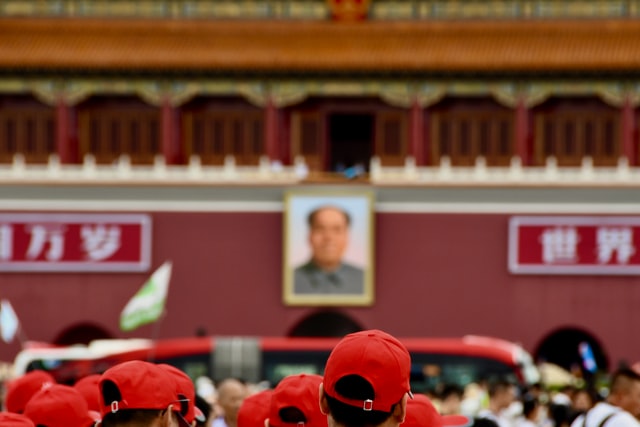 China may not reopen its borders before 2023

Large influx of U.S. travelers expected over the holiday season

China, which maintains a strict policy of zero Covid within its territory and keeps its borders almost completely closed, has recorded its first two cases of the Omicron variant. Authorities are trying to contain a new outbreak in one of its industrial centers, the province of Zhejiang. The two cases of omicron are “imported”, brought in by passengers from other countries.

One of the cases of the new variant, detected in the southern city of Guangzhou and diagnosed on Tuesday December 14th, is particularly alarming for health authorities: during his two-week quarantine, mandatory upon arrival from abroad, the traveler had tested negative in all tests. The positive test came at the end of the last part of the surveillance period, after the individual had been confined to his home for a week and had already taken an internal flight between Shanghai and Guangzhou.

The case in Guangzhou comes a day after the National Health Commission confirmed the first case of the Omicron identified on Chinese territory. Local authorities detected the infection in the city of Tianjin, in the northeast of the country. In Tianjin, a Chinese national returning home was identified as an asymptomatic patient at the airport upon arrival. Because of the early detection and confinement, it is unlikely that he could have transmitted it to others.

According to the Economist, the Chinese Communist Party has several important events it does not want disrupted in 2022 by Covid-19 outbreaks. The five-yearly party congress in late 2022 is expected to confirm Xi Jinping as the country’s leader for at least another five years. Huang Yanzhong of the Council for Foreign Relations, a US think tank, believes authorities might wait until after the annual parliamentary meeting in March 2023 to relax border controls.

Chinese health authorities have expressed their confidence that they will continue to keep the virus at almost non-existent levels in the world’s most populous country, with 1,411 million inhabitants among whom barely 100,000 cases have been reported. Government experts cite the almost totally hermetic border closure policy – only foreigners are allowed to enter for business purposes, and the granting of new passports to Chinese citizens has been limited – and the strict control of new arrivals as the keys to success.

According to a study prepared by scientists at Peking University and published by the China Center for Disease Control and Prevention (CDCC), if the borders were reopened, a “colossal avalanche” of cases could be unleashed in the country.

Despite the zero Covid policy, small outbreaks of coronavirus continue to emerge across the country: the Health Commission has reported cases every day for the past eight weeks. Since Tuesday December 14th, more than 40 Covid-19 cases have been diagnosed in Zhejiang province, one of the country’s major manufacturing hubs. In total, the outbreak has already accumulated more than 200 cases. Half a million people are confined to the province, and in some districts stores have been closed. Numerous factories have halted production at a time when global supply chains are already experiencing serious bottlenecks as a result of the pandemic.

The new variant will represent serious difficulties for the organization of the Winter Olympic Games in Beijing, scheduled for February 4. Authorities have assured that the international event is not at risk. “This will mean some challenges in terms of pandemic control. But China has experience in the matter and I am fully convinced that the Olympic Games will be held without any problem”, declared to the press Zhao Lijian, spokesman of the Ministry of Foreign Affairs.

The Asian country managed to contain the pandemic on its territory thanks to draconian measures: severe restrictions on international flights, compulsory quarantine for new arrivals, mass diagnostic tests and isolation in the event of contact with an infected person.

Life resumed its normal course in March last year, but the country continues to experience sporadic outbreaks. For this reason, the borders have remained closed since March 2020 and the Beijing Winter Olympics will be held in a sanitary bubble from which the 2,900 athletes taking part will not be allowed to leave.

All those who participate in any way in the event will have to be vaccinated and respect a 21-day quarantine upon arrival. In addition, they will undergo daily diagnostic tests. And only spectators residing in China will be allowed to attend the sporting events.

“The pre-departure tests, the vaccination policy, the rigorous sanitary bubble and the detection systems, are crucial elements that will allow the Games to be held in complete safety”, the head of the International Olympic Committee (IOC) assured in the last hours in declarations given to the international news agency AFP.

China, where transmission of the virus began, has administered more than 2.5 billion doses of vaccine, and about 1.1 billion people, or 80% of its population, have received both shots.