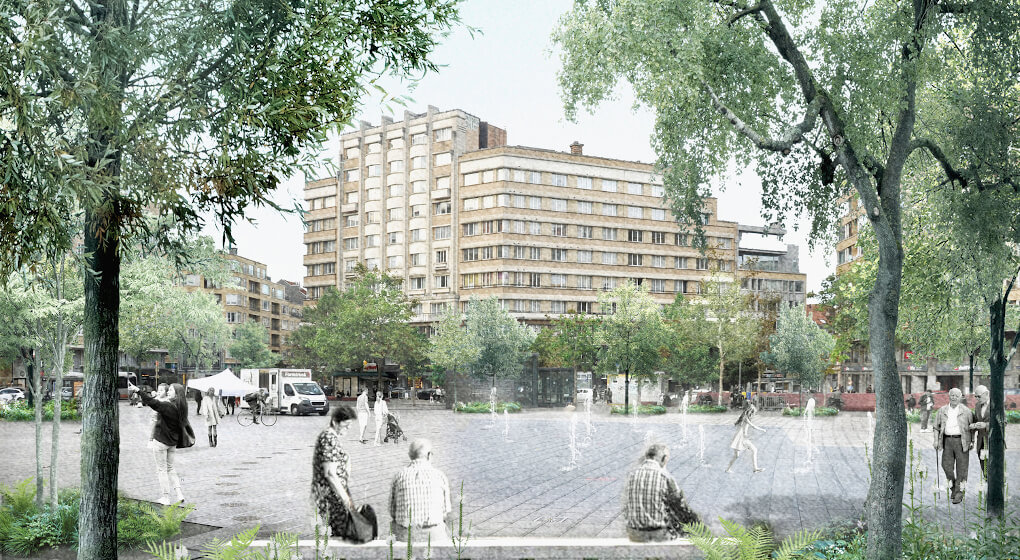 These European cities are easily discovered by foot

The municipality of Ixelles and the Brussels Region have appointed the architectural firms Kollektif Landscape, based in Ghent, and Fallow and Ecorce, from Brussels, to carry out the future plans for Flagey and Sainte-Croix squares. Both squares will become greener, with several trees being planted. The fountain and the fries shop will remain in their place. Brussels Minister of Public Works Elke Van den Brandt was delighted with such a project.

We are going to green up so that Brussels is less CO2 emitting and more resilient to floods and heat waves, but above all, because trees make you happy.

A budget of between 500,000 and 1,000,000 euros has been announced for these greening works. A consultation will take place soon before the green light is given by the municipality and the Region. The first trees should be planted by next winter and the site should, if all goes well, be completed by 2023. “The work should have a very clear end-date”, said the mayor of Ixelles, Christos Doulkeridis.

The cabinet of the Brussels Minister of Public Works Elke Van den Brandt announced that the techniques tested during these upcoming works could be reproduced in the future on other squares, considered too “mineral” on the territory of the Region.

Place Flagey had already been renovated in 2008, and a substrate of earth had been installed at the time under the slabs, which will allow for less extensive work.