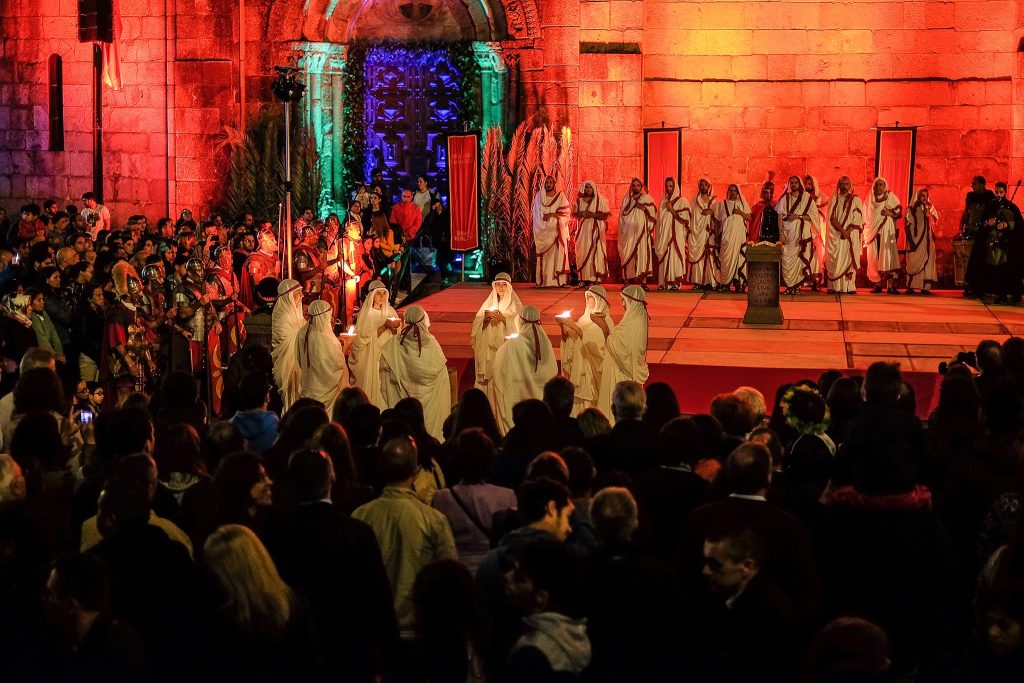 Braga to revive its Roman past at the end of May

These are the best 2021 European rail tourism campaigns

The Balearic Islands are legislating for sustainability and circularity

From the 25th to the 29th of May 2022, the streets of Braga will again be invaded by the way of life in Roman Times. One of the biggest events in the county already has a date to return in its traditional forms, after the interregnum motivated by the pandemic. During “Braga Romana – Revive Bracara Augusta 2022”, the city’s central streets will once again be invaded by the Roman universe.

Braga is the third-largest urban center in Portugal (Lisbon and Porto go first) and is located in the North-East part of Portugal. Even though it might not be as internationally-famous as Lisbon and Porto, Braga is clearly worth some of your time when visiting the country, especially if you’re a history nerd like us.

These days, most of Braga’s tourism is centered around its religious past. Up until today, Braga’s home to the Archdiocese of Braga of the Catholic Church (Portugal’s oldest archdiocese). When walking through the magnificently paved streets of the old city, it’s not that difficult to imagine Braga’s past. The many churches in Baroque style, the urban palaces, the libraries. Braga’s been an important player within Portugal for a long time and that shows.

The Romans began to conquest the region around 136 BC and finished doing so during the reign of Emperor Augustus. That’s why, in 20 BC, a city with the name Bracara Augusta was born. The high tide of the Roman civitas only came in the first and second century though. And during the third century, Emperor Diocletian added to its fame even more by giving it the status of capital of the administrative area Conventus bracarensis, a.k.a. the southwestern area of the new Roman province of Gallaecia.

From the 25th to the 29th of May, the city center will be transformed into a Roman market and several processions and other celebrations are spread out over the Braga Romana event. Think pantomimes, dance spectacles and drinking parties in honor of the Roman god Bacchus. Or what about Roman military encampments (Gladiators and Legionnaires included) and food prepared with the Ancient methods in mind.

With Arca de Sonhos – Associação Cultural, a partnership will be signed under which the municipality will transfer to the community a total of 17,500 euros. Two thousand euros is the value to attribute to the Group of Fados of the University of the Minho, in another partnership to establish with this cultural entity.