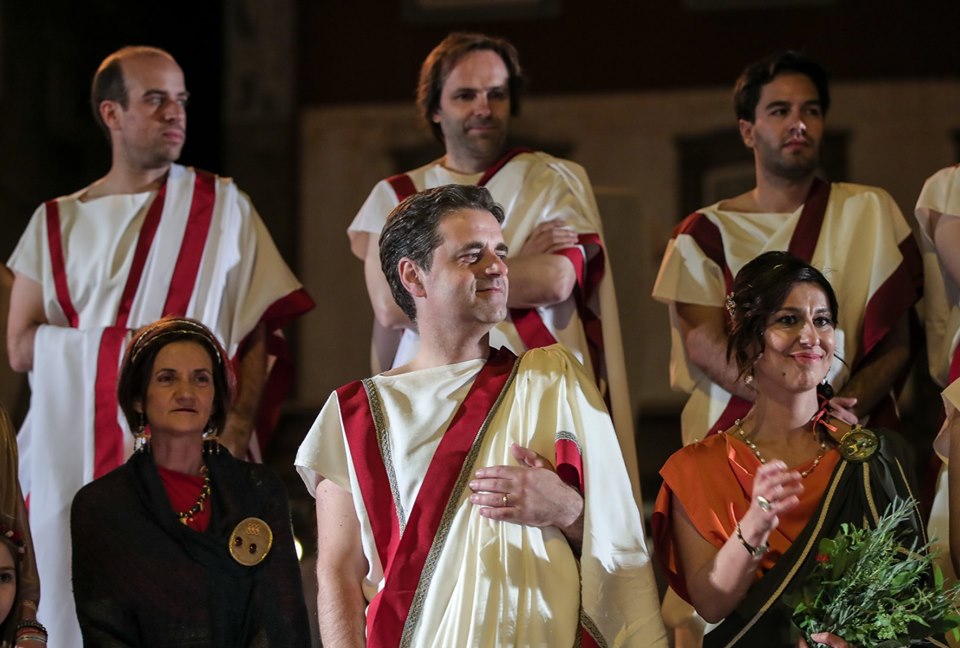 Why travel should cost more

Braga is one of the oldest Portuguese cities, located in the northwestern part of the country. Still today, it is considered the religious center of Portugal because for centuries the archbishops were holders of both temporal and spiritual power. Braga is also known as the “Portuguese Rome” because of its connections to the Roman’s Empire, which are reflected in the numerous monuments and ancient ruins that are located throughout the entire city.

1. The history of Bracara Augusta

The history of Braga goes back to more than 2,000 years ago, when the Roman Emperor Cesar Augustus developed three urban centers in the peninsular northwest region. “Bracara Augusta” – as the city was called in ancient times – was one of them. Bracara Augusta was located on one of the most important Roman roads in the Iberian Peninsula and was the capital of the conventus iuridicus, a Roman administrative unit located in the northwest of the Iberian Peninsula. The city held important judicial, fiscal, administrative and religious functions. During the times of the Flavian dynasty, Bracara Augusta went under a great economic flourishing and urban development. Later on, the city was given the status of province of Gallaecia (the present Galicia) by the Emperor Caracalla.

During the 4th century, Bracara Augusta continued to flourish, becoming the episcopal see. Following the fall of the Roman Empire in the West, the city became the capital of the Suevian Kingdom, ruled by the Germanic tribe of the Suevi. Despite the barbarian invasions, the city remained a stable religious and cultural center until the middle of the 6thcentury. Rather than the barbarians, what really caused the destruction of the ancient Roman city were the attacks by the Arabs, which led to the decay and abandonment of Bracara Augusta.

During the Middle Ages, the Roman city of Bracara Augusta started to be buried under a new Medieval city. Since the 1970s, the ruins of Bracara Augusta have started to be gradually rediscovered, thanks to systematic interventions in urban areas and to the constitution of the first team of peninsular archeology. This team of archeologists based at the University of Minho Archaeological Unit has brought to light a rich archaeological treasure.

Over the last few years, the University of Braga, together with its contemporary architecture, have created a vibrant and youthful atmosphere, bringing to this ancient city an unexpected modern vibe.

2. Discover the ruins of Bracara Augusta

Walking through Braga’s picturesque streets, it is possible to go back to the flourishing times of Bracara Augusta, enjoying the numerous attractions that the Romans have left us. Here are some places that are worth a visit if you want to immerge yourself into the Roman Civilization.

The archaeological Ruins of Paularte Office date back from the middle of the 3rd century AD. The ruins include traces of a sidewalk and a turret associated with a Roman wall. It is possible to admire the vestiges of the door corresponding to the maximum thistle of Bracara Augusta, where the old Roman route XIX (also called Antonine itinerary) was located.

2.3. Archaeological Ruins of the Frigideiras do Cantinho

The ruins of the Frigideiras do Cantinho are the ruins of a Roman Domus situated under the floor of one of Braga’s oldest bakeries. The ruins, which today are musealized and open to the public, date back to the 3rd / 4th AD centuries. They include the remains of compartments and of a hypocaust of a seaside resort, belonging to the housing structure.

The Pius XII Museum invites its visitors to rediscover the history of Braga, documenting each epoch with many traces. The exhibits include a bronze gladiator, a grandiose dolium and a Roman mosaic.

2.5. Domus of the Cathedral’s Old School

These ruins depict important moments of evolution of the urban fabric of Braga. The remains of the Domus have been brought to light thanks to an archaeological intervention directed by the Archaeological Office of the Braga City Hall. The remains of the Domus of the Cathedral’s Old School include a housing structure from the 1st / 4th century AD, vestiges of the ancient medieval fence and a tower from the 14th century AD.  Today, visitors can also enjoy a permanent exposition, which shows the techniques and instruments used by the Romans to create mosaics.

Created in 1918, the D. Diogo de Sousa Regional Museum was revitalized in 1980 as the Museum of Archaeology (Museu de Arqueologia). From then on, it has supported the investigation and appreciation of the local and regional archaeological heritage, opening to the public in 2007. The museum hosts a collection which covers a vast chronological and cultural period, from the Palaeolithic to the Middle Ages.

Every year, usually in May, Braga recreates an authentic roman scene thanks to the Braga Romana event.

In an attempt to embrace its Roman legacy, the city goes back to the days of Bracara Augusta, evoking the history of the Roman Empire and the city’s past as the capital city of the province of Galicia.

With the streets filled with Roman details, with musical interpretations and dances, with circus arts, theatrical performances and combat simulations, Braga Romana is an authentic journey through time. The 2021 edition will take place on 19-21 May 2021.

Would you like to go on holiday to Braga and discover the ancient ruins of Bracara Augusta once the pandemic is over? Click here and vote for Braga as European Best Destination 2021!