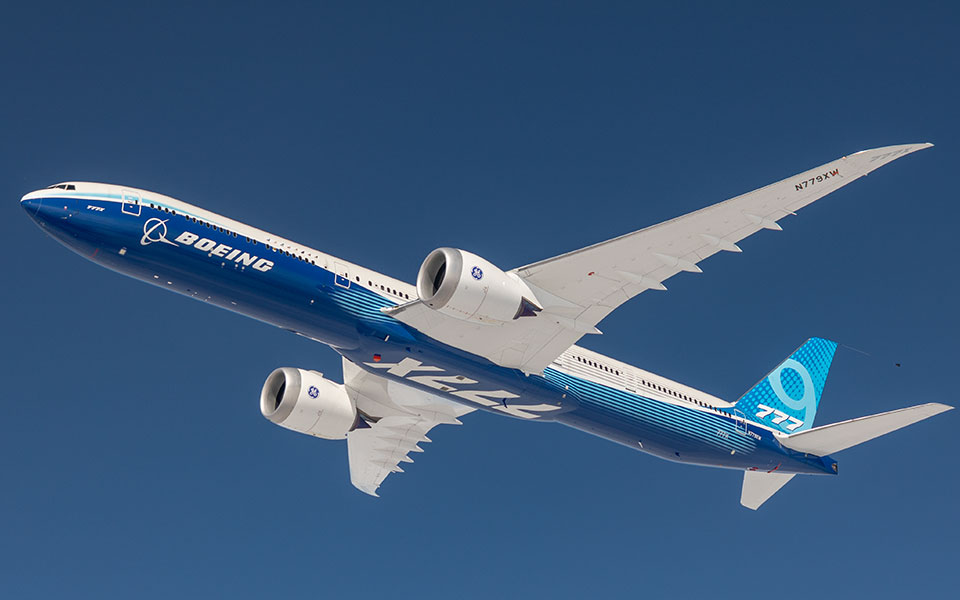 5 tips on how to better cope with a heatwave

Boeing’s 777X will be the world’s largest and most efficient twin-engine jet, unmatched in every aspect of performance. With new breakthroughs in aerodynamics and engines, the 777X will deliver 10 percent lower fuel use and emissions and 10 percent lower operating costs than other equivalent models. The 777X was originally scheduled to enter into service in 2020 but its official launch had to be delayed.

Boeing recently showcased a test-version of the 777-9X, one of two 777X variants, at the Farnborough Airshow in the UK. According to CNN, Boeing has received around 376 orders for the 777X. Qatar Airways will be the first airline to receive the aircraft, and Chief Executive Officer Akbar Al Baker told reporters at the Farnborough Airshow that he was considering putting in a “bigger order.”

It has the same passenger features as the Dreamliner. So the LED lighting and the better humidity.

A true family, the 777X offers low-risk, profitable growth, industry-leading reliability and seamless integration with the 777 and 787 Dreamliner families for even more flexibility. With a spacious, wide cabin, new custom architecture and innovations from the 787 Dreamliner, the 777X will deliver the flight experience of the future.

The 777-8 seats 350-375 passengers with an incredible range capability of 8,700 nautical miles (16,110 km). The 777-8 has the capacity to provide more revenue to operators: more payload in addition to improved fuel efficiency at both short and long ranges equals more revenue. That capability also allows the 777-8 to carry that increased payload at more challenging airports such as those constrained by high altitudes or hot temperatures. In the past, you had to trade range for payload. The 777-8 offers both – range and payload – maximizing its value to operators.

The 777X introduces the latest innovative technologies, including the most advanced, fuel-efficient commercial engine ever. Engine supplier GE was the first partner announced on the program. Their GE9X engine will be greater than five percent more efficient than anything in its class. The fourth-generation 777X composite wing has a longer span than today’s 777. Its folding, raked wingtip and optimized span deliver greater efficiency, significant fuel savings and complete airport gate compatibility.

The 777X takes the best of the proven and reliable 777, as well as the latest technologies from the 787 Dreamliner. Adding 787 technologies in the flight deck, flight controls and other systems is just the beginning. The 777X implements 787 technologies where they add value to Boeing’s customers. Ultimately, the innovations of the 777X make it the most advanced and fuel-efficient commercial airplane.

The 777X will take that advantage to the next level by incorporating 787 technologies and new advances to redefine the total passenger experience. Passengers will enjoy larger windows, a wider cabin, new lighting and enhanced architecture. The 777X will take advantage of state-of-the-art interior design and technologies. Passengers will enjoy the comfort and convenience while airlines will experience increased revenue opportunities.