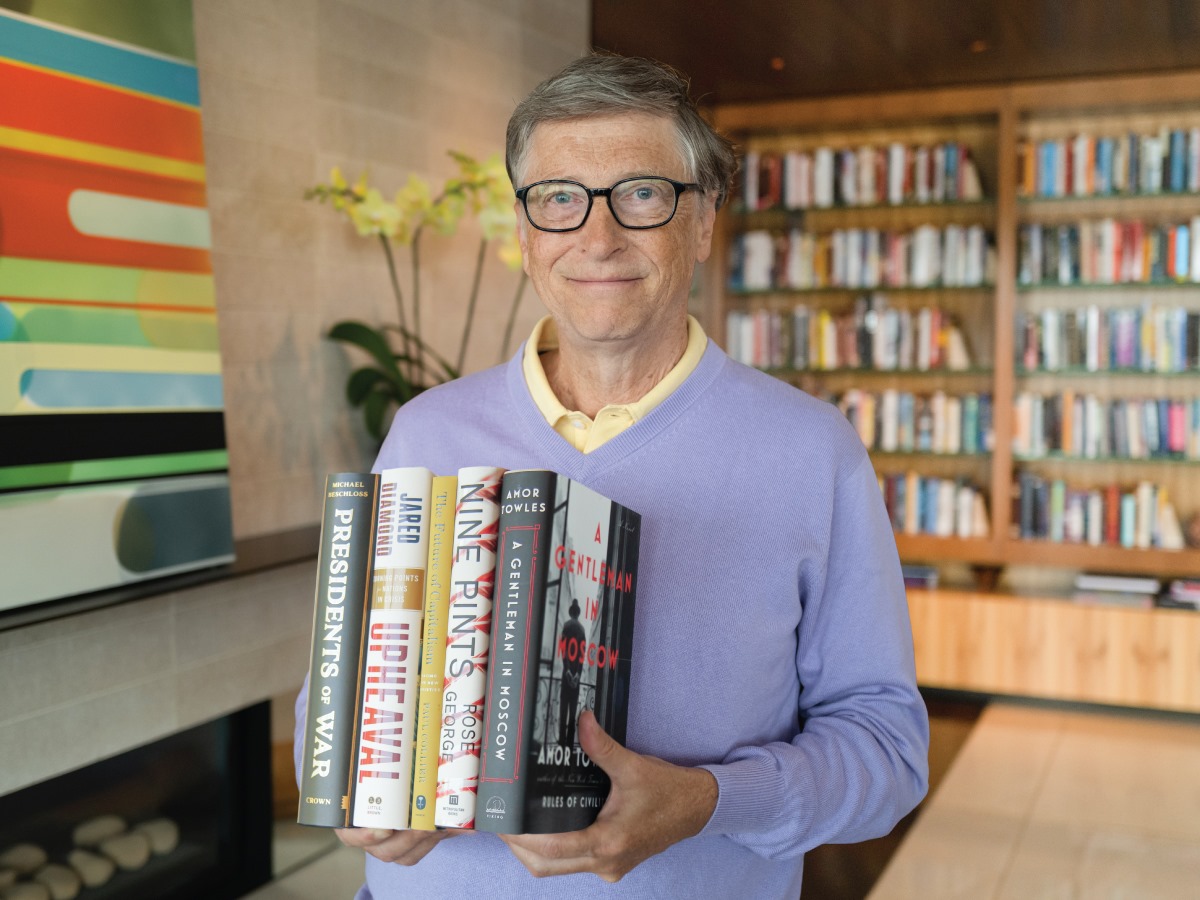 The best New Year firework displays in the world

The final days of the year is often a period when people choose take time off to see friends and family. In 2021, however, the Omicron variant is imposing new challenges on mobility and how we work around it to reconnect with loved ones. Given the current global situation, several have chosen to minimize travel and dedicate a few days to catch up with recommended series and books.

When the year is winding down, Bill Gates publishes a list with the top five books that have marked him during the previous twelve months. On his Gates Notes blog, he mentions that as he grows older, his reading habits have slightly changed. He’s gone back to the interests he had while he was growing up. “Lately, though, I’ve found myself drawn back to the kinds of books I would’ve loved as a kid,” he writes. Below are his top 5 recommendations for 2021.

“Like most people, I was first introduced to Weir’s writing through The Martian. His latest novel is a wild tale about a high school science teacher who wakes up in a different star system with no memory of how he got there. The rest of the story is all about how he uses science and engineering to save the day. It’s a fun read, and I finished the whole thing in one weekend.”

“If you’re a Shakespeare fan, you’ll love this moving novel about how his personal life might’ve influenced the writing of one of his most famous plays. O’Farrell has built her story on two facts we know to be true about “The Bard”: his son Hamnet died at the age of 11, and a couple years later, Shakespeare wrote a tragedy called Hamlet. I especially enjoyed reading about his wife, Anne, who is imagined here as an almost supernatural figure.”

3. The Code Breaker: Jennifer Doudna, Gene Editing, and the Future of the Human Race, by Walter Isaacson

“The CRISPR gene editing system is one of the coolest and perhaps most consequential scientific breakthroughs of the last decade. I’m familiar with it because of my work at the foundation—we’re funding a number of projects that use the technology—but I still learned a lot from this comprehensive and accessible book about its discovery by Nobel Prize-winning biochemist Jennifer Doudna and her colleagues. Isaacson does a good job highlighting the most important ethical questions around gene editing.”

4. Klara and the Sun, by Kazuo Ishiguro

“I love a good robot story, and Ishiguro’s novel about an “artificial friend” to a sick young girl is no exception. Although it takes place in a dystopian future, the robots aren’t a force for evil. Instead, they serve as companions to keep people company. This book made me think about what life with super intelligent robots might look like—and whether we’ll treat these kinds of machines as pieces of technology or as something more.”

5. A Thousand Brains: A New Theory of Intelligence, by Jeff Hawkins

“Few subjects have captured the imaginations of science fiction writers like artificial intelligence. If you’re interested in learning more about what it might take to create a true AI, this book offers a fascinating theory. Hawkins may be best known as the co-inventor of the PalmPilot, but he’s spent decades thinking about the connections between neuroscience and machine learning, and there’s no better introduction to his thinking than this book.”