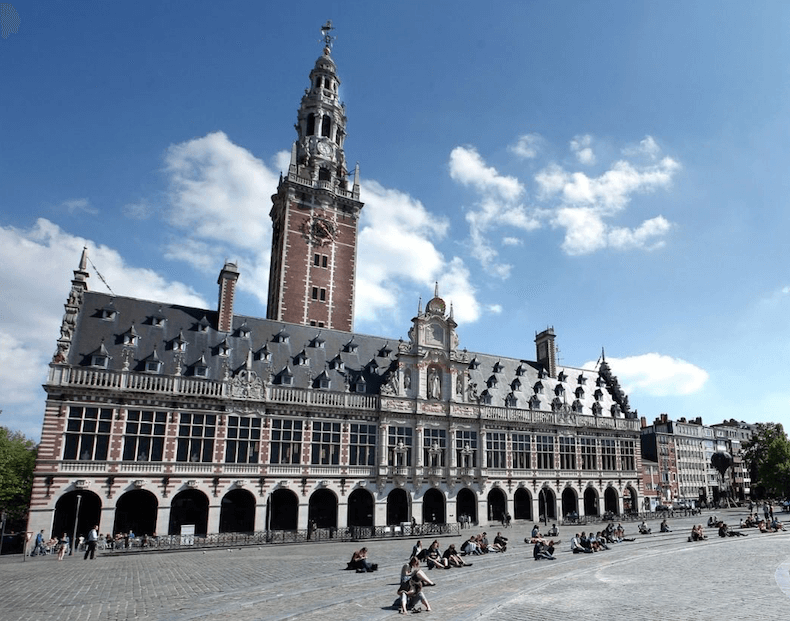 Belgium’s KU Leuven will celebrate its 600th anniversary in 2025

Leuven’s Catholic University (KU Leuven) will celebrate its 600th anniversary in 2025. It’s one of Europe’s oldest universities and according to Belga news agency, it ranks as the first university in Belgium and 76th in the world.

KU Leuven was founded with the papal bull ‘Sapientie immarcessibilis’. This was issued by Pope Martin V on 9 December 1425 after the city of Leuven had requested permission for the foundation of the University with the support of John IV, Duke of Brabant, and the city’s clergy. The university of Leuven initially comprised four faculties: humanities (‘Artes’), canon law, civil law, and medicine. In 1432, the Pope gave permission to add theology to that list.

A little over a century after it was founded, the university accommodated about 2,000 students, of whom more than 200 came from abroad. The presence of several great minds, one being humanist philosopher Desiderius Erasmus, was certainly part of the appeal. Erasmus spent several years in Leuven and actively contributed to the development of the University.

Well known is his involvement in the printing and publishing of Thomas More’s controversial Utopia, which appeared in Leuven in 1516. Erasmus also founded the Collegium Trilingue, which was built on the Leuven fish market (Vismarkt, in Dutch) in 1517. This centre of humanistic activities is at the basis of the development of critical research.

We must gradually work toward a quality offering of continuing education and training for professionals.

Sixteenth-century Leuven was a haven for scholars from all across the continent. Big names such as the aforementioned Erasmus, anatomist Vesalius, cartographer Mercator, mathematician Gemma Frisius, pedagogy scholar Vives and many others led the way. The university of Leuven was also a stronghold against the Reformation. Leuven remained loyal to the Catholic Church – without being a religious university, however. The University has always been a critical centre of learning, fostering a healthy amount of tension in its interaction with Church authorities.

In the seventeenth and eighteenth century, the university of Leuven continued to attract renowned scientists. One of them was physician Jozef Rega, who held the office of Rector several times. In 1738, he added a new wing to the University Hall that held the library until the fire of 1914. Rega also financed the Botanical Garden (1738), which later became property of the city, and the Anatomical Theatre (1744), the heart of the medical campus in Leuven.

At the time of the Austrian Netherlands, physics started to emerge as a field of research, with a ‘lab’ created in the former Artes faculty building, now the M-Museum Leuven. In 1783, at the end of the Age of Enlightenment, chemist Jan Pieter Minckelers discovered the suitability of coal gas for lighting. But intensive and structurally embedded research would not be the norm in Leuven for almost another century.

Education at the nineteenth-century University was primarily aimed at a kind of advanced vocational training. Gradually, and especially at the end of the nineteenth century, the rapid developments in scientific research started having a growing impact on education. In 1889, the Institute of Philosophy was established with an eye to breathing new life into critical thinking, in line with the progress made in the natural sciences. The initiative was taken by Désiré-Joseph Mercier, a young professor who would later become cardinal.

Society has changed dramatically. A rapidly growing portion of our active population struggles with ageing knowledge and qualifications. This forces us to focus more on lifelong learning

Mercier understood that a modern university had to embrace the development of scientific research. The University continued emphasizing its roots in the humanities but also developed the other scientific domains. Suffice it to refer to the ground-breaking research of Professor Georges Lemaître, whose hypothesis of the expanding universe (1927) has contributed to the theory of general relativity and cosmology, and who may be considered the founding father of the Big Bang theory (1931).

Even though the university of Leuven is located in Flanders, the main language of communication in the nineteenth century was French. It wasn’t until 1911, when the first lectures were taught in Dutch, that the Dutch language slowly started to become more important.

In the late sixties, the university of Leuven was split into two independent sister universities: ‘Katholieke Universiteit Leuven’ (now KU Leuven) with Dutch as the official language, and the French-speaking ‘Université catholique de Louvain’ (UCL). The latter established itself on the brand-new campuses in Louvain-la-Neuve (in the Walloon provinces) and Woluwé (Brussels). Today, the two sister universities are on an excellent footing and collaborate in the areas of education, research and organization.

In 2002, KU Leuven concluded an association agreement with fourteen Flemish university colleges. The agreement was part of the harmonization efforts that changed the course of the European higher education system with the Bologna declaration of 1999. The academic degree programs offered by these university colleges have been fully integrated into KU Leuven since 2013. The University now offers degree programs on campuses in eleven different cities.

KU Leuven accommodates 50,000 students, spread across the various campuses in Leuven and elsewhere in Flanders. The University and University Hospitals Leuven each employ almost 10,000 people. For research, KU Leuven ranks among the world’s finest. KU Leuven has become a cosmopolitan institution in a rapidly changing urban environment. Its unique profile reconciles cutting-edge science with quality of life and openness to talent.