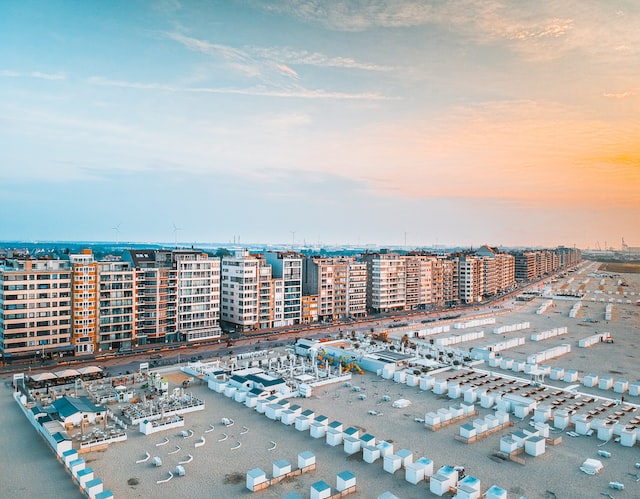 3 new remarkable buildings set to shape the world in 2023

The December holiday season was not as positive as expected for the tourism sector in Flanders, specifically on the coast. On January 7th, the Westtoer tourism office released data revealing that the number of tourists Belgian coast in December 2022 fell compared to the same period in 2021.

According to Westtoer, 540,000 day tourists went to the coast over the Christmas holiday season, representing a 10% fall compared to 2021. There were a total of 1.7 million overnight stays, which also represented a 5% fall.

The number of foreign tourists, however, appeared to be on the rise. The proportion of French and German visitors who had booked their hotel online doubled compared to the same period in 2021. Westtoer noted that it was thank to this significant flow of foreign tourists that the region reach pre-pandemic levels.

The 27th of December was the most popular date for day visits, as reported by Belga news agency. It attracted around 60,000 tourists. For overnight stays, New Year’s Eve was the busiest night of 2022, similar to previous years.

The summer season of 2022 was a very successful one for the Belgian coast. In July, the number of overnight stays along the Belgian coast rose by 3% compared to July 2021, thanks to hotel bookings and second home residents. According to Belga news agency, some 2.3 million day-trippers chose the Belgian coast as their holiday destination, about a quarter more than in the same period in 2021. July 17th and 24th were exceptional busy days with 140,000 and 145,000 tourists respectively. For the month as a whole, the average hotel occupancy rate was 75-80%, with peaks of 95% or more on hot days.

The highest number in overnight stays was reached during the long weekend of the National Day (21st of July), with between 240,000 and 275,000 booked stays. Saturday July 16th saw a more than 255,000 overnight stays, which is as many visitors as during the summer of 2021. On average, foreign visitors represented 11% of total tourists in July, with Germans being the most numerous foreign guests, followed by the Dutch with an average of 6%.

In July and August together, a total of about 11 million overnight stays were recorded, with an average occupancy rate at hotels of 85%, up 4% on last year.

Foreign visitors from neighboring countries accounted for around 13% of all overnight stays, compared with 11% in 2021, Westtoer reported, while nearly 5 million day-trippers visited the Belgian coast during the two months. The sector also recorded exceptional results during the long weekend of August 15th with 880,000 overnight stays and 400,000 day tourists.