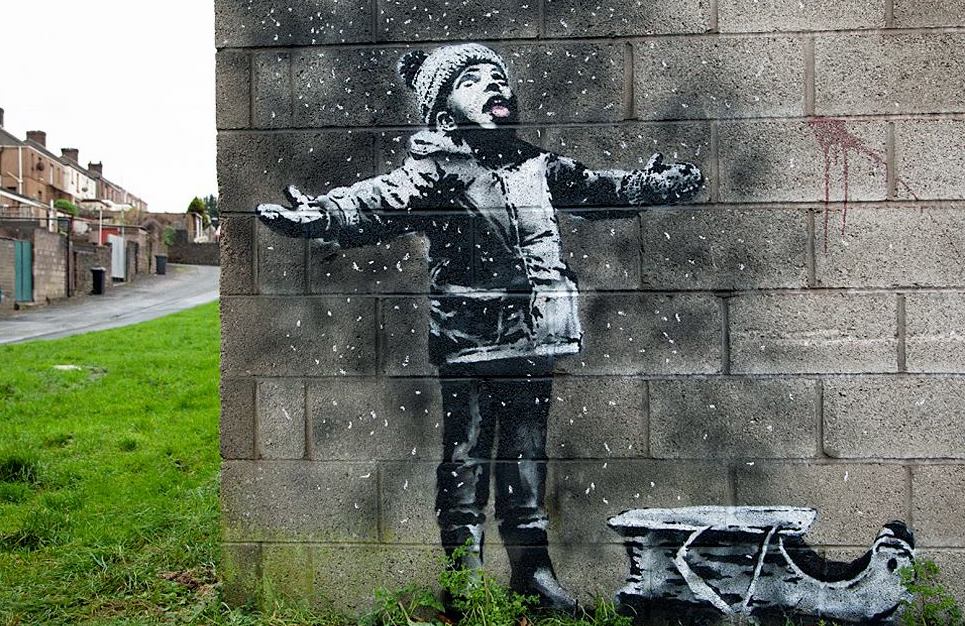 Activism can be expressed through different ways, and one of them is art. This concept has been named artivism, a portmanteau word combining art and activism. The word was used for the first time in 1997 when referring to Mexican artists in the US. Today, it has become a popular concept to describe artworks that raise awareness on contemporary issues and needed societal changes, including human rights violations, climate change, racism and much more. Thanks to the power of visual messages, art is a catalyst of change. Indeed, artivism does not only inform the public, but it also aims at inspiring people to take action. Those people who combine art and activism are called artivists. Through their works, they challenge the status quo of things. They give to the masses a better vision of contemporary global issues, influence people, inspire them, and urge them to take action and enable change. By expressing what they think and feel through their art pieces, artivists aim at having an impact on society. Today, there are several artivists all around the world who cast a light on several contemporary issues. In this article we have included three artworks denouncing four current topics, namely pollution, corruption, racism and sexism.

An outstanding example of artivist reporting on pollution is Banksy. In his artworks, the street artist combines dark British humor and slogans on societal and political issues (e.g. global warming, war, refugees etc.). Despite his success, we know very little about him. But the mystery around his figure has contributed to its popularity. Since we cannot associate him to any specific political party or social class, his artworks are open to any kind of interpretation. Although his identity remains unknown, in 2010 Banksy was listed among the 100 most influential individuals by Time Magazines and in 2014, he was awarded Person of the Year at the Webby Awards.

An example of Banksy artwork related to pollution is “Season’s Greetings.” The mural appeared in 2018 on a wall in Port Talbot, a little town in Wales home to the biggest steel plant in the United Kingdom. Because of the presence of this huge complex, the town is often covered with black dust. The mural depicts a kid who seems to be playing under snowflakes, but if the observer looks at it from another perspective, then the snow turns out to be ash coming out from a chimney. Through this mural, Banksy wants to highlight the problem of pollution, which in turn generates diseases and climate change.

The artist Ai Weiwei reports on government corruption focusing on China, his home country. Ai Weiwei is a Chinese artivist with international visibility focusing on different social issues, such as freedom of expression, consumerism, and government corruption. In particular, through his works he reports violations of human rights that still occur in China. In 2005, the artist even opened a blog to cast a light on the corruption of the Chinese government. However, not long after the launch of the blog, Chinese authorities forced Weiwei to close it. Because of his provocative artworks, he has been attacked, imprisoned, and even forced to live under restriction of movement by Chinese authorities.

An example of Weiwei’ s artwork is “Snake.” Through this work, the artist casts a light on government corruption and authorities’ unwillingness to reveal the exact number of children who died due to the 2008 Sichuan earthquake. The earthquake is believed to have caused the death of tens of thousands of school children, who died under the ruins of their school. “Snake” is also a way to honor those deaths and give them justice. The installation consists of kids’ backpacks that have been found right where the school collapsed, put together to form a giant snake.

3. The Guerrilla Girls: Racism and sexism

The Guerrilla Girls are a group of anonymous female artivists known for the combination of bold graphics, humor, fact, and figures. The group was formed in 1985 in New York. That year, the Museum of Modern Art (MoMA) in New York organized an exhibition named An International Survey of Painting and Sculpture. Of the 169 artists who participated in the exhibition, only 13 were women and none of them was black. The Guerrilla Girls started creating posters to protest against this discrimination and pasted them on the streets around the museum. Since then, the group has fought for gender and racial equality. All members are unrecognizable as they wear gorilla masks and use pseudonyms of deceased female artists, such as Frida Khalo and Käthe Kollwitz. Through their anonymity, they want to make sure that their artworks matter more than individual personalities. The artists use posters, books, billboards and public appearances to raise awareness on sexism and racism. They are also popular for putting their artworks in places where they shouldn’t, such as next to art galleries.

An example of how they denounce racism and sexism is a 1989 poster. The poster is mostly blank, but it includes a sentence written in black on the right side and below the empty space: “You’re seeing less than half the picture without the vision of women artists and artists of color.” Only a simple sentence is enough to raise awareness on such important topics.