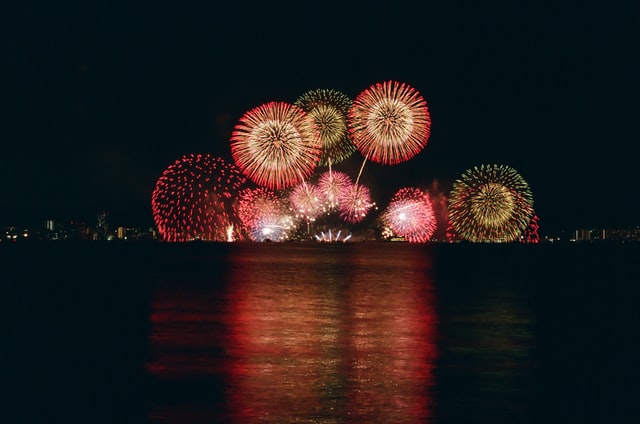 An international fireworks competition to take place this summer in Knokke

A sunken medieval English town is about to be uncovered

Spring has arrived but a curtain of cold weather remains in some parts of Europe. Many people are already looking forward to the summer, to warmer days spent near the coast. Others have already penciled down the International Fireworks Festival in Knokke, which is scheduled to take place in late August. Warm and colorful nights are on the agenda for those visitors coming to the Belgian coast this summer.

The International Fireworks Festival Knokke-Heist takes place annually on the beach near the Meerlaan in Knokke-Heist on 19th, 21st, 23rd and 25th August at 10 pm. Four different countries present a story with fireworks and music in a vibrant.

Many historians believe that fireworks were invented in China, though some argue that the original birthplace was in the Middle East or India. according to the American Pyrotechnics Safety and Education Foundation, somewhere around A.D. 800, Chinese alchemists mixed together saltpeter, sulfur and charcoal and created a crude gunpowder.

According to Live Science, each modern firework consists of an aerial shell, which is a tube that contains gunpowder and dozens of small pods. Each of the pods is called a “star.” According to the American Chemical Society, these stars measure about 1 to 1.5 inches (3 to 4 centimeters) in diameter. They contain: fuel, an oxidizing agent, a binder, and metal salts or metal oxides for color. A firework also has a fuse that is lit to ignite the gunpowder. When the colorants are heated, their atoms absorb energy and produce light as they lose excess energy. Different chemicals produce different amounts of energy, creating different colors.

More than a simple explosion, pyrotechnics is seen by many as an art. Creating visual compositions from a clever mixture of gunpowder and multicolored effects. Expert manufacturers handle fireworks like nobody else, so much so that competitions on pyrotechnics exist all over the world. The most famous ones take place in Cannes, Courchevel or Mexico.

In Belgium, such fireworks show has existed since 1970. The most important fireworks competition is the one in Knokke-Heist. Among the evaluation criteria, the jury focuses on the play of colors, synchronization, composition and harmony. The winner of the festival will be announced on August 27th.