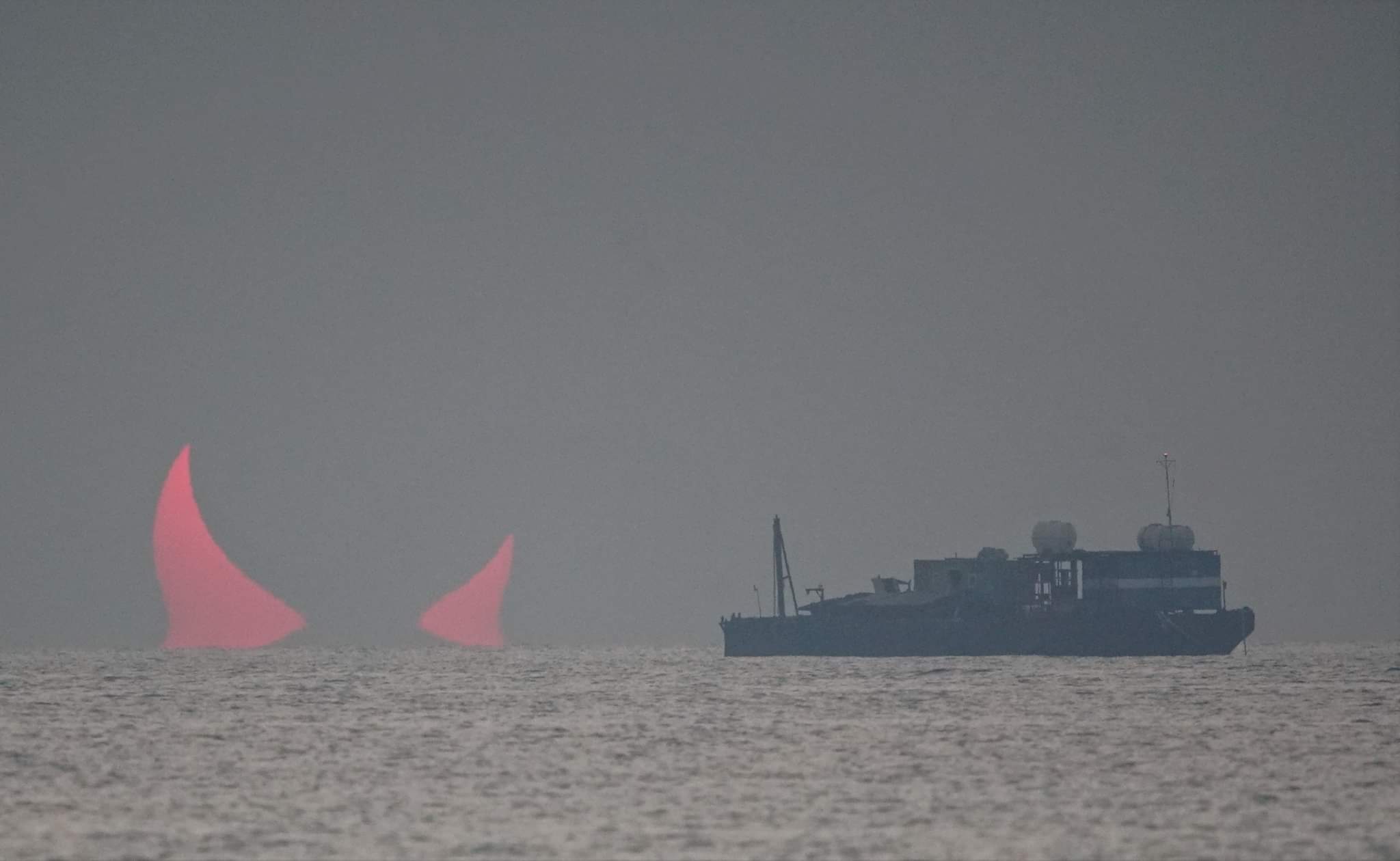 How do you get rid of jet lag fast?

Various types of eclipse are often captured on camera increasingly clear and beautiful photos, however one set of images that remains unique is those captured by amateur astronomer Elias Chasiotis. Whilst on a trip to Qatar to take in the annular solar eclipse, where the moon appears as though it is a pair of horns rising from the sea, Chasiotis captured an incredible set of photos in which the sea appears to have horns.

Knowing that the eclipse would begin at sunrise and hoping that its positioning over the water would cause a mirage, Chasiotis purposely waited in Al Wakrah to capture the December 26th 2019 solar eclipse. Despite cloudy weather making it difficult to photograph, as the sun rose over the sea the eclipse was already under way, creating an amazing and rare optical illusion, and Chasiotis was well rewarded.

When occurring during a normal sunrise, the atmospheric optical phenomenon which occurred is called the Etruscan Vase effect, named by science fiction writer Jules Verne after the shape which it creates. As NASA’s Astronomy Picture of the Day explains, “The dark circle near the top of the atmospherically-reddened Sun is the Moon—but so is the dark peak just below it.” “This is because along the way, the Earth’s atmosphere had an inversion layer of unusually warm air which acted like a gigantic lens and created a second image.”

Chasiotis was disappointed that he could not see the full annular solar eclipse where the moon covers the sun completely, leaving only a ring of fire visible, however he captured something incredible that day. “The feeling during the eclipse was out of this world,” he told My Modern Met. “The crescent sun rose in a deep red colour that reminded me of burning coal. At first, two horns were visible rising from the sea, which soon took the shape of a crescent. The distortions visible made it look even more idyllic! An annular eclipse followed, which is called ‘the ring of fire,’ because the moon is not close enough to the Earth to block all of the sun. Unfortunately, clouds blocked my view and I missed the annular phase. When the eclipsed sun reappeared through the clouds it was a crescent again. Despite missing the main event, I was so rewarded by the sunrise itself that I didn’t feel sorry at all.”