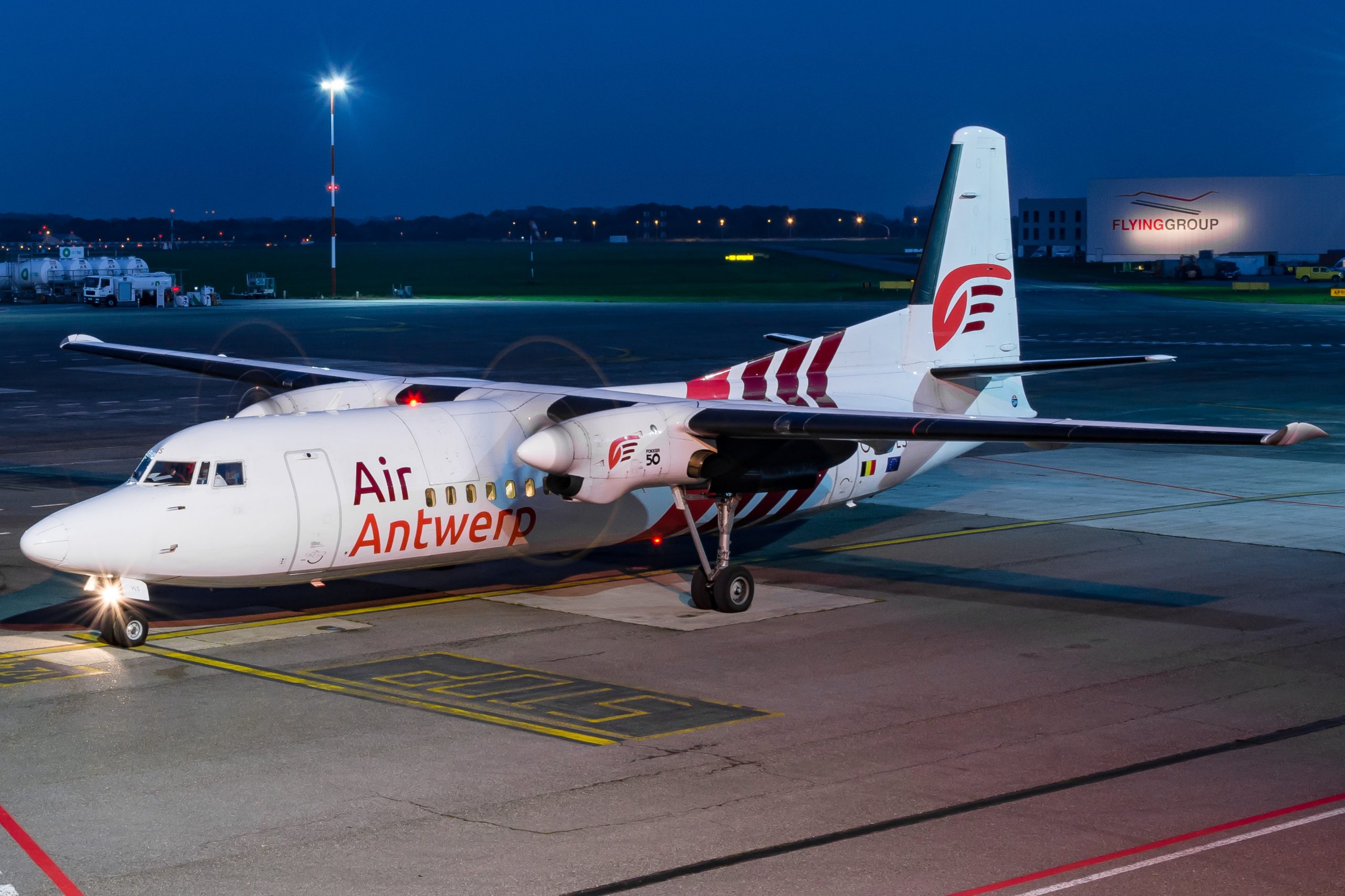 On Friday June 11th, Air Antwerp announced that is shutting down its operations. The company has hardly made any flights between the two cities since March 2020 and the start of the coronavirus crisis. Only a few flights to London City Airport were operated last autumn.

The company, known for its route between Antwerp and London City, has not survived the consequences of the pandemic. Tourism is slowly picking up, but forecasts for business travel, the core business of the company, are not positive. The Belgian airport is looking for a new company to provide this connection. The contracts of the nine employees, who were mostly on temporary unemployment during the past months, were finally terminated.

Air Antwerp was founded in 2019 by the Irish CityJet (75%) and the Dutch KLM (25%) on the ashes of bankrupt VLM Airlines. KLM became the sole shareholder when Cityjet was itself in financial trouble. The first flights, operated by a single Fokker 50 (registration OO-VLS, leased from Swedish airline Amapola Flyg), between Antwerp Airport and London City Airport were launched in September of 2019.

Air Antwerp is not the first airline to attempt to operate a profitable passenger services between Antwerp and London. The company flagged the coronavirus pandemic as the reason for having to fold its operations.