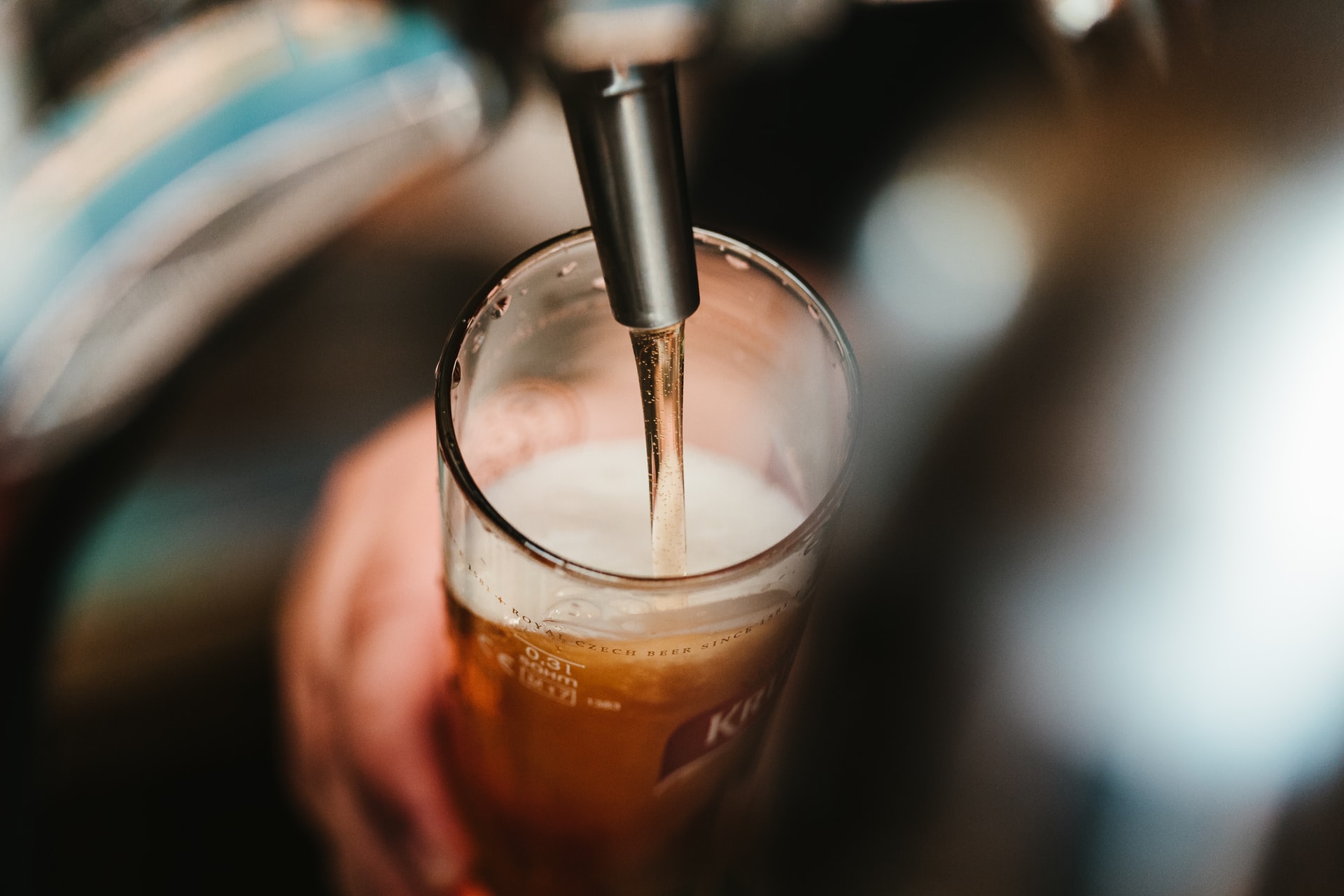 Festivals hope to “shine a light” this Christmas in Belgium

In the heart of Leuven just off the Grote Markt, sits a little shop called Leuven Leisure, where the friendly folk at Beer Hop await. With names that are a pleasing but entirely coincidental match for their professions, Ryan McGuinness and Paulien Artois are experts in beer tasting and brewology. Whether you’re already a beer fan, just beer-curious, or seeking advice on a beer-based gift, they’ll point you to the right libation. As well as selling beers, doing tastings and stocking special beer glasses, they also offer beer tours and cycling excursions to see local craft breweries in action.

Recently I was lucky enough to be taken for a beer hop by Ryan and I came away with armfuls of bottles. Here are my personal tasting notes alongside some fascinating facts and secrets Ryan shared about Leuven’s place at the epicentre of Belgian beer-making.

In times past, across Europe and elsewhere, water was often too dangerous to drink. Everyone drank beer and wine, and home-brewing was common. (I know! How awful!) Even Leuven’s ancient university colleges often brewed their own beers, vying to keep their students drinking in-house and under their own watchful eye. Drawing on this city tradition, there’s been a burst of craft brewing in Leuven’s suburbs in the last decade or so. Marc Andries, the engineer who founded De Vlier, is among this new wave of beermakers.

He first opened up near Vlierbeek Abbey, a beautiful former Benedictine monastery. After that he moved premises to Holsbeek, a 30-minute bike ride north-east of Leuven, where he and his wife Karen make a range of beers which acknowledge the region’s past. In times gone by, people had no hops, but would add whatever they had to hand to flavour and bitter their beer. Coriander seeds from the spice trade. Wild marsh-growing mugwort – thought to be protective. Nodding to all this, De Vlier make seasonal ales, Trippels, ambers, and fruity aperitif beers. They all come in sharing-sized bottles of 75cl.

I began by sampling De Vlier White, a light wheat beer style, native to Leuven. (After all, local farmers used to have tonnes of wheat and the most famous witbier in the world is probably from just down the road in Hoegaarden).

Tasting Notes: At 5.5%, this is one of the most benign Belgian beers you can try. Vlier is Dutch for elder by the way, and though De Vlier White doesn’t contain any elderflower, it has a summery character, citrussy with an initial lime hit and – thanks to its neutral Lubelska and Styrian hops – a smooth finish.

Just south of the Vaart canal, this time about a 40-minute cycle north west of Leuven, sits the Hof ten Dormaal farmhouse. The Janssens family bought the farm in 2009 and decided to make beer as part of their closed-circuit farming project. They needed to subsidise the feed for their animals, and so grow grain and even their own hops – which is very unusual in this part of Belgium.

The farmhouse is a fun, homely place to visit, with chickens, goats, and old horse breeds contributing to a pleasant kind of chaos.

Depending on your palate, some of the farm’s sour beers may cause pleasant chaos in your tastebuds too. Zure van Tildonk is the base, the bellweather, to which natural flavouring ingredients are added, again in homage to the region. Redcurrent, blackberry, gooseberry, peach, and prune to name just a few. Dormaal also make a wide range of other beers. Frankly what could be more Belgian than a dark beer with raspberry and chocolate, or a chicory Trippel?

Like the sour Geuzes from the Zenne Valley west of Brussels, Dormaal sours are made using natural yeasts from the Tildonk Valley which float into roofspaces like thieves in the night to ‘coolships’ where the beer wort is resting. The yeasts eat sugars aggressively, hence the sours are so dry.

Tasting Notes: As a Brit, my love of cider gives me a taste for sour beers. Zure van Tildonk was my favourite of the whole flight. Less mouth-stripping than an Oude Geuze. It has a flat nose, and a sharp cooking-apple tang, rounding out in the back of the throat to something approaching old-fashioned rhubarb-and-custard boiled sweets. There are woody notes from the enormous French oak foeders or ‘barrels’ in which the beers are aged.

Bart Luts develops his beers just outside Leuven about halfway up the Vaart canal. He doesn’t brew there but, like many micro and nano breweries, sends his recipes half an hour away to Anders to brew, as a way to minimise infrastructure costs.

His range includes a line of winter beers, and a ‘giant beer’ or reuze – in homage to the UNESCO-recognised Belgian folk tradition of Giants Processions. He makes a point of trying to brew 18th century style student beer (as we heard about in Leuven’s colleges), using oak woodchips for example to imitate the barrels traditional beers would have been in. Of course, his will never be quite the same. Pasteurisation has intervened for a start.

Tasting notes: Wintertijd is Luts’ base winter beer. (He also produces winter beer infused with other spirits). I got an initial green pepper fizz on the tip of the tongue, followed tanniny, woody flavours that reminded me of an oaked chardonnay. For an 8% beer it was not a lingering finish.

Adept is located in Winksele, a small community reached by passing from Leuven through Herent. Owner Dimitri Staelens opened it just before the second Covid wave, right next to the Church. You’ll find a restaurant, meeting and conference centre, and an attached nano-brewery, focusing on traditional Belgian beer styles.

Insider info: Staelens worked for 25 years with none other than Freddy Delvaux, also known as ‘the nose’. After working for Stella Artois, Delvaux worked at KU Leuven as a researcher and professor of beer (yes, that job exists!). At 80-years-old, he’s still the go-to-guy, the fixer, if you have a problem like an infection in your pipes.

With his own experience and a friend like that, Staelens is well on his way to success. His beers are available on tap and bottled. I tried his eponymous Adept blond ale.

Tasting notes: Pale gold in colour, Adept has a light, orange blossomy, apricot nose which belies its 8%.  From classic pilsner grains, with wheat adding sweetness, which is bittered down by mid-continental hops. The classic Belgian yeast, with a second fermentation gives more sugar and alcohol and fruity esters.

If you have a cycling enthusiast in your life, read on. Newly opened De Coureur (‘the cyclist’) is the brainchild of Bart and Ine, who wanted to give something fun back to their quiet residential district of Kessel-Lo just outside the Leuven ring. They lived for four years in Chicago and their idea was to marry everything they loved about Anglo-American style brewpubs with the European brasserie tradition. De Coureur beers all have cycling names. With some trepidation, I tried the Kuitenbijter or calfbiter – as in a hard hill that really gnaws at your lower leg.

As we’ve just heard above, the four main European hops, or ‘noble hops’ are traditionally used as bittering agents, but Bart and Ine use Mosaic hops as an aromatic. Produced in the US West Coast’s Yakima Valley, Mosaic could be described as an ‘American noble hop’, since it’s the backbone of many modern IPAs. Dry-hopping, or late-stage hopping after fermentation, gives a fragrant freshness.

Park Abbey on the edge of Leuven was founded in 1129, for St Norbert and his Norbertines. From the 1120s to 1797 beer was brewed in the Abbey but then the French arrived and in their revolutionary fervour, shut everything down and melted equipment for weaponry. Fie on them.

For a sad two hundred years, no more beer was produced. But in 2019 brewer Joris Brams who had previously been making Heverlee beer for export, reincarnated brewing on the Abbey’s ancient premises. His Braxatorium Parcensis (Latin for Park Brewery) is therefore a rare example of a Belgian ‘Abbey beer’ that is actually brewed in an Abbey and not simply a licensed name. They also use ingredients from the Abbey grounds. Pleasingly, their unusual bottle is a traditional Park Abbey shape, dating from at least the 1700s. The Abbey’s motto is Ne Quid Nimis or ‘Everything in moderation’ – a perfect bit of advice for beer lovers.

Each batch produced is limited to only 1000 litres and is numbered and named after former Abbots. Libertus 6th is sixth in the Parcensis beer lineage. (Libertus 4th, if you’re interested, was a beetroot beer.)

Tasting notes: The roasting is not as intense as a Guinness, producing a paler and more translucent aspect than some dark beers. Slightly burned dark sugar is added and rounds out the flavour. I tasted malted milkiness, coffee beans and caramel. This could be a good beer choice for someone who enjoys an Espresso Martini.

With thanks to Dr. Ryan Mc Guinness from Beer Hop; Alex and Louis at Fiere Margriet; and the team at Malz.

For more beer experiences in Leuven.