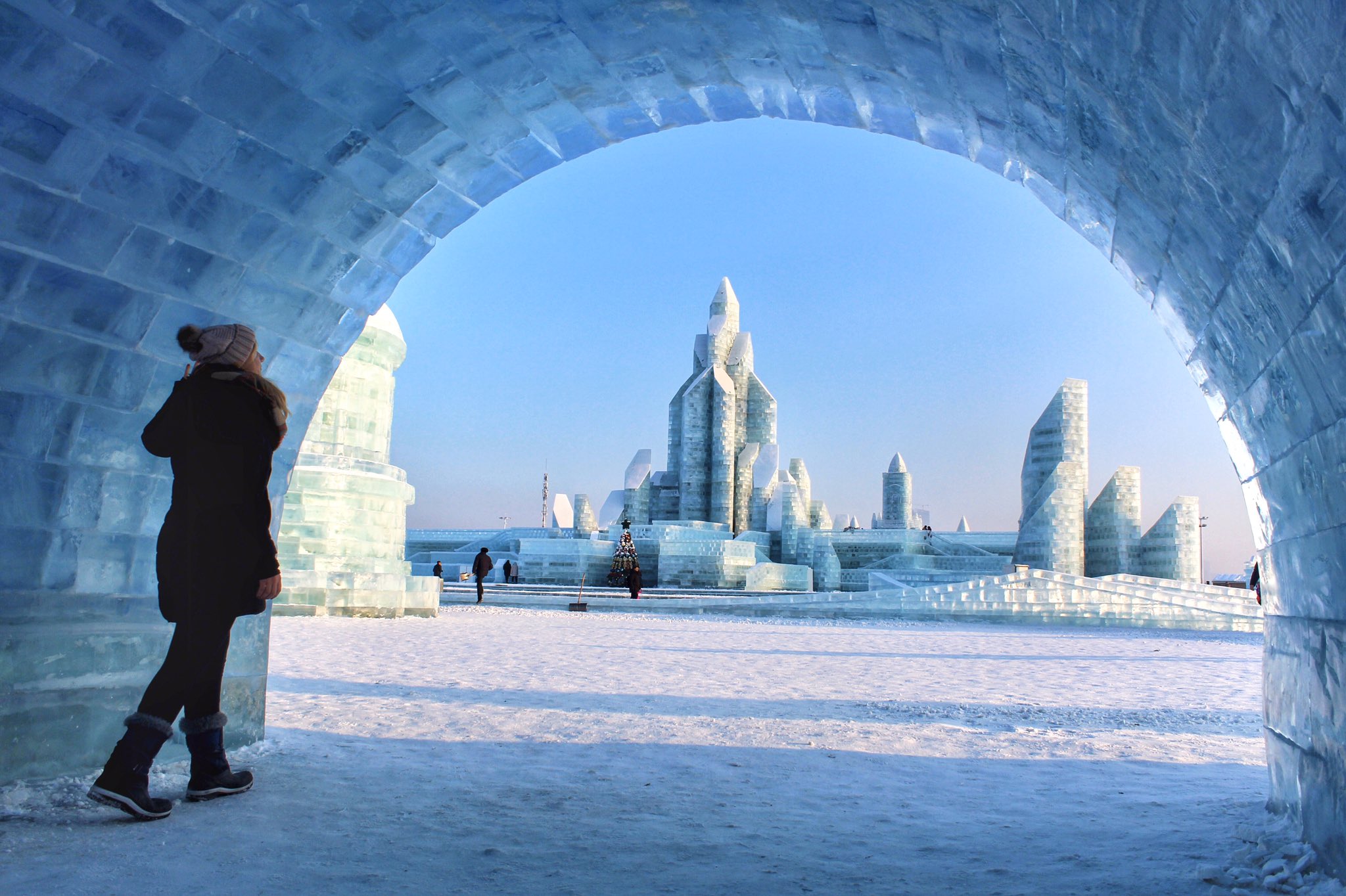 Harbin in north-east China has been host to the biggest ice festival in the world since 1963, with ice sculptors from all over the world carving their incredible ice artworks and tens of millions of visitors travelling to see them. The festival usually starts in December and runs through until February, with giant artworks on various themes illuminated by lasers as well as traditional lanterns, making for some amazing scenes.

The Sapporo Snow Festival in Japan takes place every year for one week in February and welcomes around 2 million visitors. There are three main sites; Odori Park, Tsudome and Susukin, all of which display beautiful and ornate ice sculptures which can be over 15m tall and 25m wide. The main site, Odori Park, shows most of the snow and ice sculptures, as well as selling warm drinks and food. Tsudome offers a variety of snowy activities such as snow slides and snow rafting, and Susukino site, whilst the smallest, features about 100 ice sculptures and importantly hosts the Ice Sculpture Contest. The city also has a Snow Festival Museum that displays historical material and media from past festivals.

Lasting only a few days at the end of January, the Ice Music Festival in Norway is about three things; ice, music and art. Going into its 16th year, the festival features music created in an icy, aural winter wonderland, with instruments actually made using ice and performed in igloos. There are also artistic structures using snow, ice and light to enhance the experience for visitors. The climate is an important aspect of this festival, and the 2021 version features the Bjerknes Centre for Climate Research presenting their ‘Wonder Igloo of Curiosity’, where visitors gain insight into ongoing climate change and how it effects snow and ice, by visiting a small field station for hands on experience of climate science.

Hwacheon Sancheoneo Ice Festival held in South Korea for a few weeks at the end of January has many impressive ice sculptures, however the main attraction for its one million plus visitors is actually fishing. When Hwacheoncheon Stream freezes in winter, locals and tourists head to the stream, carve a hole in the 30cm thick ice and begin ice fishing for sancheoneo (Masou salmon). There is also a pool built beside the stream, which some jump into, wearing only shorts and tee-shirt, to fish barehand in its icy waters, thawing out their feet with a warm foot bath afterwards. Special prizes are given to contestants who use their bare hands, whilst there is also an exclusive section of ice for international visitors to increase their chances of making a catch. A series of cultural events keeps visitors entertained whilst they aren’t fishing.

This Kiruna Snow Festival in Swedish Lapland has been held in Kiruna city centre on the last weekend of January since 1986. Full of activities for all ages, there are attractions such as snow and ice playgrounds for children, dog sleds pulled by huskies, the snow blower world championships, painting exhibitions, figure skating and live music performances. However, the main event is undoubtedly the Kiruna International Snow Sculpture Competition, a world class competition attracting the best ice sculptors from around the world. Local Sami traditions are mixed with modern styles to create weird and wonderful glacial masterpieces depicting faces, figures, animal forms and more.