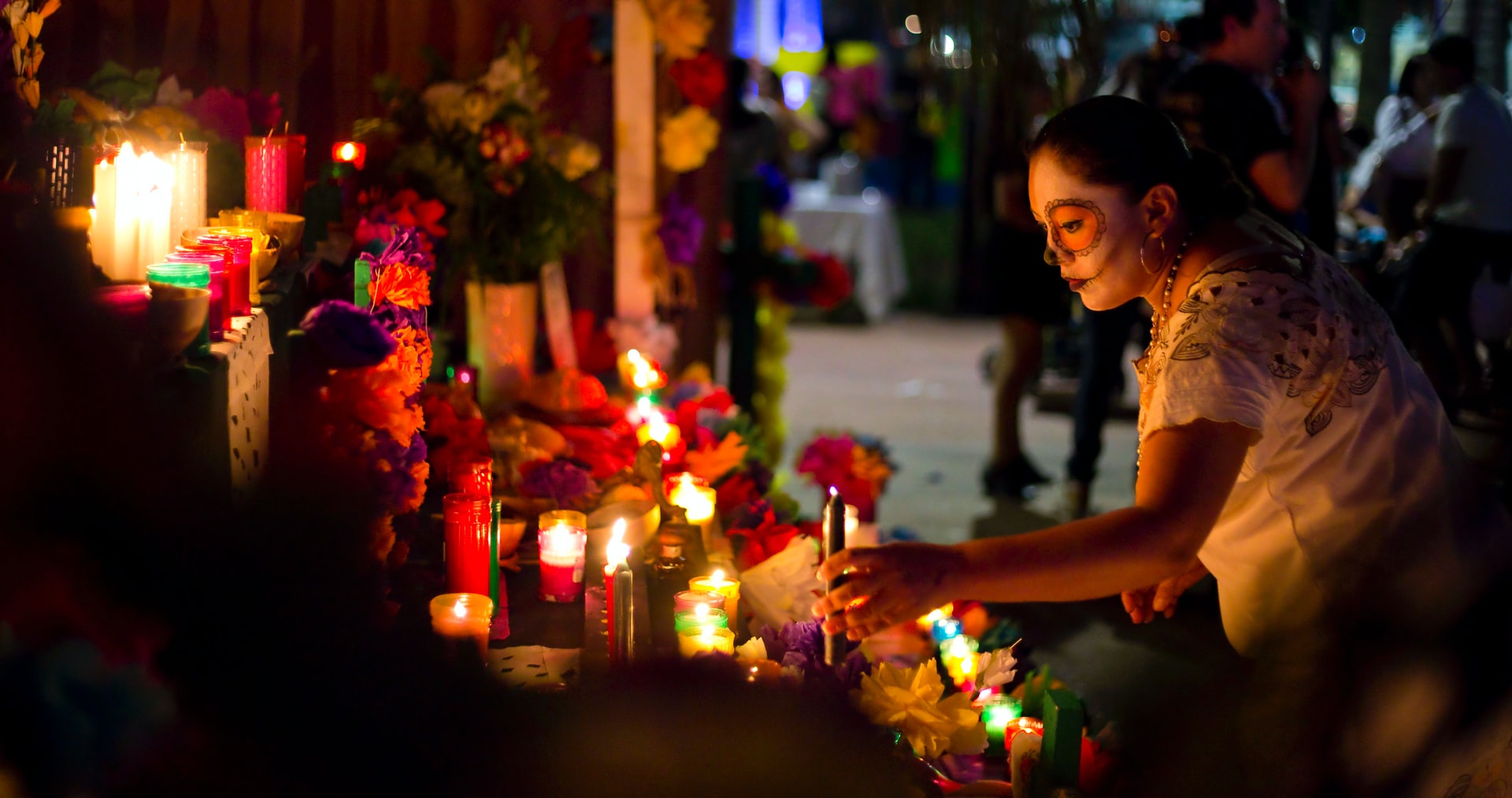 The woman doesn’t seem to hear him. She’s now tying up her hair, adjusting the silver earrings with Aztec motifs. Then she gazes at the image in the mirror for a moment. “I’m a ruthless catrina,” she mutters.

On Dia de los Muertos (Day of the Death), millions of Mexicans blend joy with remembrance, pre-hispanic traditions with christian beliefs. The 1st and 2nd of November are days when cemeteries are full of visitors, young and old, who come to lay cempasuchil flowers on the tombstones of their relatives and sing the favorite songs of those who have departed.

Mexicans from all religious and ethnic backgrounds celebrate Day of the Dead because the festivity is, at its foundation, a reaffirmation of the indigenous past of the country. In 2008, UNESCO added the celebration to its list of Intangible Cultural Heritage of Humanity.

The origins of the Day of Dead go back to the traditions and beliefs held by pre-hispanic peoples such as the Toltecs. For them, death was a natural process, a phase in life’s long continuum. Mourning for the loss of a loved one was seen as disrespectful. Day of the Dead is celebrated around the time of the fall maize harvest, which was later shifted by Spanish priests so that it would match with the Catholic calendar: All Saint’s Day and All Souls’ Day.

Altars are built in private homes and cemeteries. They’re meant to welcome spirits back to the realm of the living. They include fruits, street food, family photos, and a candle for each dead relative. Toys are also laid on the altar as offers to child spirits.

Children of all social strata enjoy folding rice paper and cutting them in different patters. The creations are then hung on rope lines or used to decorate the altars.

Pan de muerto or bread of the dead is a typical sweet bread that is decorated with bones and skulls made from dough. The bones might be arranged in a circle, as in the circle of life. They are often sprinkled with sugar and may have dried fruit on top.

Sugar skulls are part of a sugar art tradition brought by 17th-century Italian missionaries. Pressed in molds and decorated with different colors, they come in all sizes. A variation made with chocolate also exists.

During the late 18th and early 19th centuries, the word calavera (skull) was used to describe short sarcastic texts that were used as tombstone epitaphs. They were published in newspapers that were meant to make fun of the living. These “literary calaveras” became a popular part of the Day of the Dead celebrations.