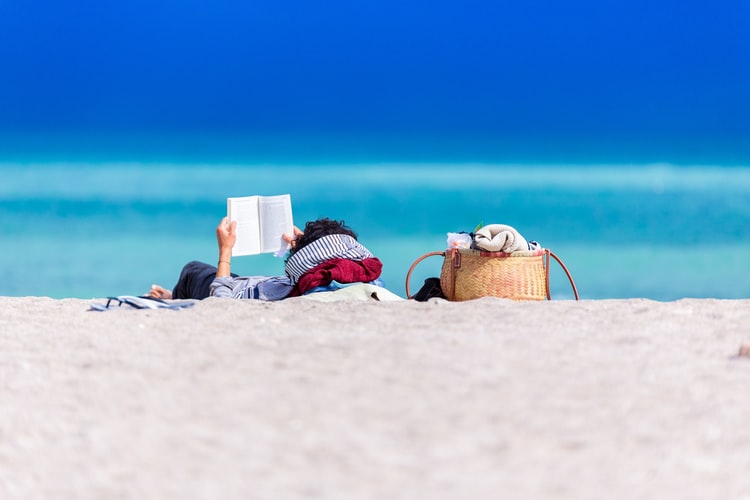 10 of the best travel books

I’ve recently begun the Promenade Verte, a 60km trail around the outskirts of Brussels, taking in lovingly-tended guerrilla allotments and sneak previews of the old river Senne in the open air before it disappears beneath the city. There’s something seductive, I find, in those liminal spaces of scrubland and cracked tarmac on the edge of a city. In London Orbital (2003), Ian Sinclair recounts his hike of the perimeter of London, sticking as closely as possible to the ‘acoustic footprint’ of London’s infamous ring road, the M25. He discovers former asylums and smallpox hospitals, grand gardens, and forgotten canal paths, and chronicles the characters he meets along the way.

Published in 1959, Alfred Lansing’s book about of Edward Shackleton’s 1914 attempt to reach the South Pole is considered by many the definitive account of the ill-fated expedition, better even than Shackleton’s own version due Lansing’s meticulous research, interviews with survivors and extracts from their journals. Eye-watering details about saltwater boils, gangrene, and anemomania (madness brought on by the ceaseless high winds) are off-set by the awe-inspiring courage of the crew.

3. Welcome to the Goddamn Ice Cube by Blair Braverman

If you want an account of polar survival more recent than Shackleton, try this 2016 memoir of Braverman’s experience of leaving home to carve out a life as a tough girl in arctic Norway and Alaska. She learns to drive sled dogs, survives burial in an ice cave as well as a deeply toxic relationship, and holds on to her dreams and her sense of self in an unforgiving landscape.

In 1947, Rebecca West was hailed by Time magazine as ‘indisputably the world’s number one woman writer’. Her exploration of the former Yugoslavia at the cusp of World War II was based on three research trips undertaken between 1936-1938. Hailed by the New York Times as the ‘apotheosis’ of travel-writing, the book is a tour-de-force not only of the country but also of its Byzantine, pagan, Christian and Islamic influences, and the rise of fascism and terrorism.

Starting on Mount Everest when it seems disaster has struck Junko Tabei’s first all-woman expedition, this collection of the pioneering explorer’s essays shares her love of the outdoors, her childhood influences, her battle with cancer, and her female perspective on the world of mountaineering. More than a travel book, it’s a human journey.

6. The Narrow Road to the Deep North and Other Travel Sketches, Matsuo Basho

In 1682 after losing his home in a fire, Matsuo Basho set off on an epic and dangerous hike through Edo-era Japan. His diary of the trek is masterpiece. Travelling light and espousing the principles of Zen Buddhism, he reminds us what all travel has the potential to give – a chance to relinquish the material trappings of our lives and experience spiritual enlightenment. Where the modern traveller would use a camera, Basho captures scenes within the tight frame of haiku poetry and lets our imagination do the rest. He writes of craneflies dabbling their legs on water and the Milky Way arching across the sky but it’s not all summer grass and snowy blossom, as this extract shows:

Bitten by fleas and lice,
I slept in a bed,
A horse urinating all the time
Close to my pillow.

7. The Histories by Herodotus

Herodotus’s Histories features memorably in Michael Ondaatje’s 1992 novel, The English Patient. A copy of the book is the sole possession of the eponymous patient, a man who has been unrecognisably burned and has lost his memory but, on hearing extracts from Herodotus, is able to recall his desert-mapping excursions where he fell in love with a fellow explorer. It’s a great literary use of a great work whose fundamental drive is to make sense of the world. Written in 440 BC in classical Greek’s Ionic dialect, The Histories is perhaps Western literature’s founding work of history, recording twenty years of war between Greece and Persia but more importantly, making fascinating incursions into ancient traditions, politics, geography, and culture clashes of the time.

8. West with the Night, by Beryl Markham

Beryl Markham made Ernest Hemingway ashamed of his own abilities. He described her 1942 memoir West with the Night as a ‘bloody wonderful book’. Not only was Markham a writer who could ‘write rings around all of us who consider ourselves writers’, but she was a bush pilot and the first solo flyer, east to west (and so against prevailing winds) across the Atlantic. The book’s lyricism, wisdom and ability to inspire the ache of wanderlust are breathtaking, as demonstrated here:

9. The Geography of Bliss by Eric Weiner

After a decade as a foreign correspondent reporting from places like Iraq, Afghanistan, and Indonesia, Eric Weiner, a self-styled grump, took a year to research the world’s ‘unheralded happy places.’ His destinations include happy-index chart-toppers like Iceland, Bhutan and India, as well as the most unhappy place in the world at the time, Moldova. Along the way he asks questions about how humans deal with circumstance and fate and wonders: what makes people happy?

10. Vagabonding: An Uncommon Guide to the Art of Long-Term World Travel by Rolf Potts

This 2002 publication has become somewhat of a handbook for the digital nomad movement. In it, he explains how extended breaks from ‘normal life’ are not the preserve of gap-year students or pensioners. In accessibly conversational style, Potts covers practicalities like how to finance your trip, planning towards a destination, and troubleshooting when things go wrong. But he also deals with the more psychological aspects of being on the road for a long time and, when it’s over, re-assimilating into ordinary life.