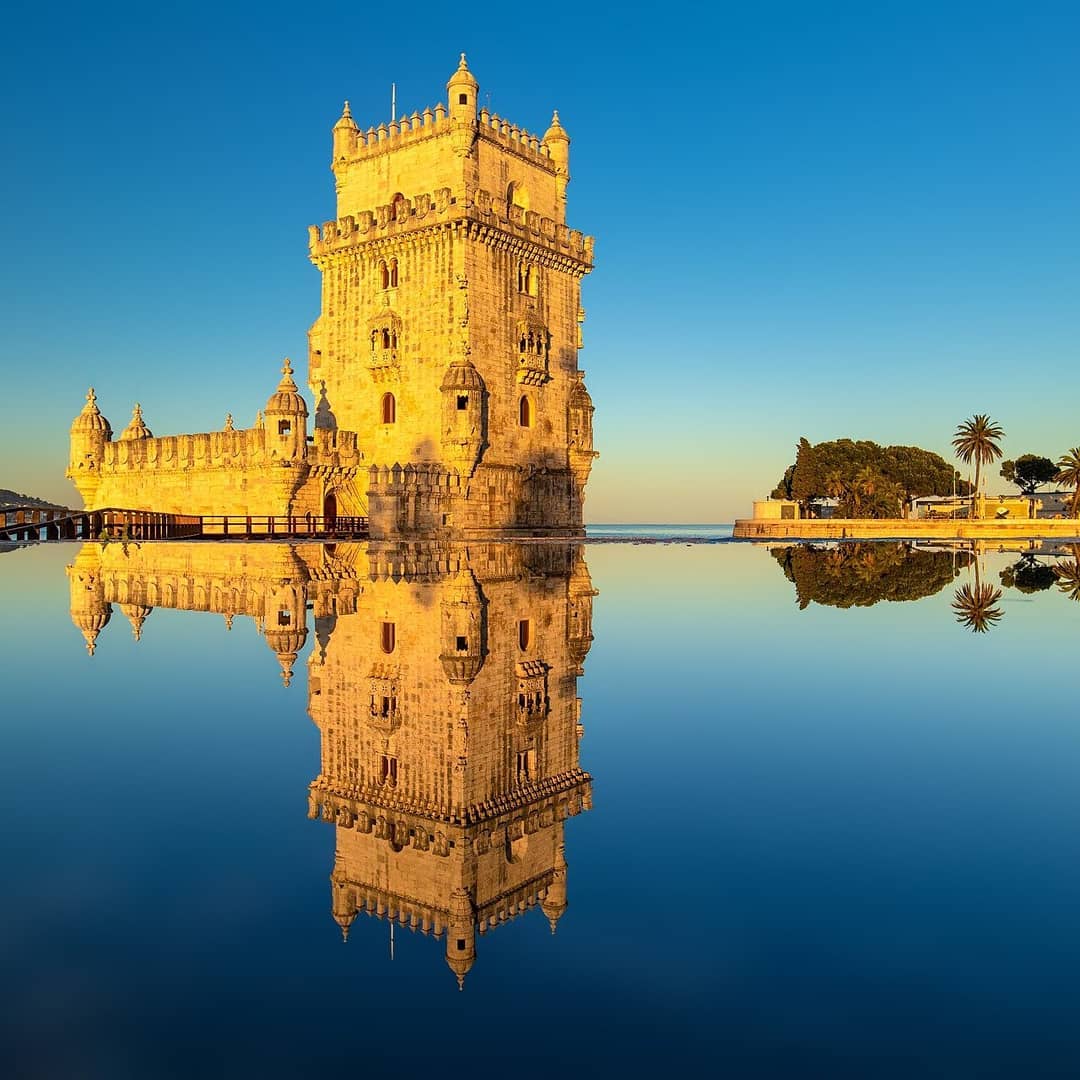 Lisbon is the capital and largest city of Portugal. It is one of the oldest cities in the world, and the second-oldest European capital city after Athens. Therefore there are a lot of places not only to see and visit but also to do a full-fledged photoshoot. These places are really amazing and can be easily found on Instagram. I want to share ten of them with you.

The Belém Tower is an iconic building in Portugal. This is a 16th-century fortification and it is located in the Belém district of Lisbon, approximately 2,5 km from the center. You can get to this place by the E15 Tram. Since 1983, the tower has been a UNESCO World Heritage Site, along with the Jerónimos Monastery. On the western façade of the Tower, you’ll find something amazing; a curious gargoyle in the shape of a rhinoceros. Interestingly, the first rhino to set foot in Portugal was in 1513 from India.

Portas do Sol terrace is a popular vantage point known for its picturesque views of the city. From the top, you can admire the domes and different types of architecture that make up the Santo Estêvão, São Miguel, and São Vicente de Fora churches.

Arco da Rua Augusta is a nice place to visit in Lisbon, it was built to commemorate the city’s reconstruction after the 1755 earthquake. The side facing the plaza is the best place if you want to get a nice angle to see the picture with the statue through the arch.

On Instagram you can of course find original pictures, but if you wish to really make something different you must take some pictures on the “Pink Street”. This place is becoming a favorite place for Instagrammers, thanks to the pink color of the street. A lot of people are taking pictures wearing clothes in pink or red.

The Bica Funicular or Elevador da Bica connects the Rua de São Paulo with the Calçada do Combro/Rua do Loreto which is only a few minutes from Pink Street. You can get a really nice shot of the street from here with a pretty cool angle.

Monument to the discoveries or Padrão dos Descobrimentos is a monument on the northern bank of the Tagus River estuary, in the civil parish of Santa Maria de Belém. The Belem Tower only is only 15 minutes away by foot.

The Jeronimos Monastery is the most impressive symbol of Portugal’s power and wealth during the Age of Discovery. King Manuel built it in 1502 on the site of a hermitage founded by Prince Henry the Navigator, where Vasco da Gama and his crew spent their last night in Portugal in prayer before leaving for India. Imagine taking selfies in this place with plenty of souvenirs. It was classified a UNESCO World Heritage Site, along with the nearby Tower of Belém, in 1983.

The Carmo Convent is a former Catholic convent located in the civil parish of Santa Maria Maior, municipality of Lisbon. This church was known as one of the most beautiful Gothic temples in Lisbon before the earthquake of 1755. Nice pictures can be taken here and this place will remind you of the ruins of ancient Greece.

The Casa do Alentejo in Lisbon is dedicated to the culture and cuisine of the Alentejo with a fine restaurant, fun taberna, and ballroom. When you enter the restaurant you will feel that you are like in Morocco. This restaurant has beautiful architecture and plenty of colors, you can not only eat here but also take nice pictures.

The Lisbon Cathedral, often called simply the Sé, is a Roman Catholic cathedral. Built-in 1147, the cathedral has survived many earthquakes and has been classified as a National Monument since 1910. It is nowadays a mix of different architectural styles, and you can take a nice picture with the background as the Cathedral, or just wait until the funicular passes in the front of the Cathedral to make your photo more live and dramatic.