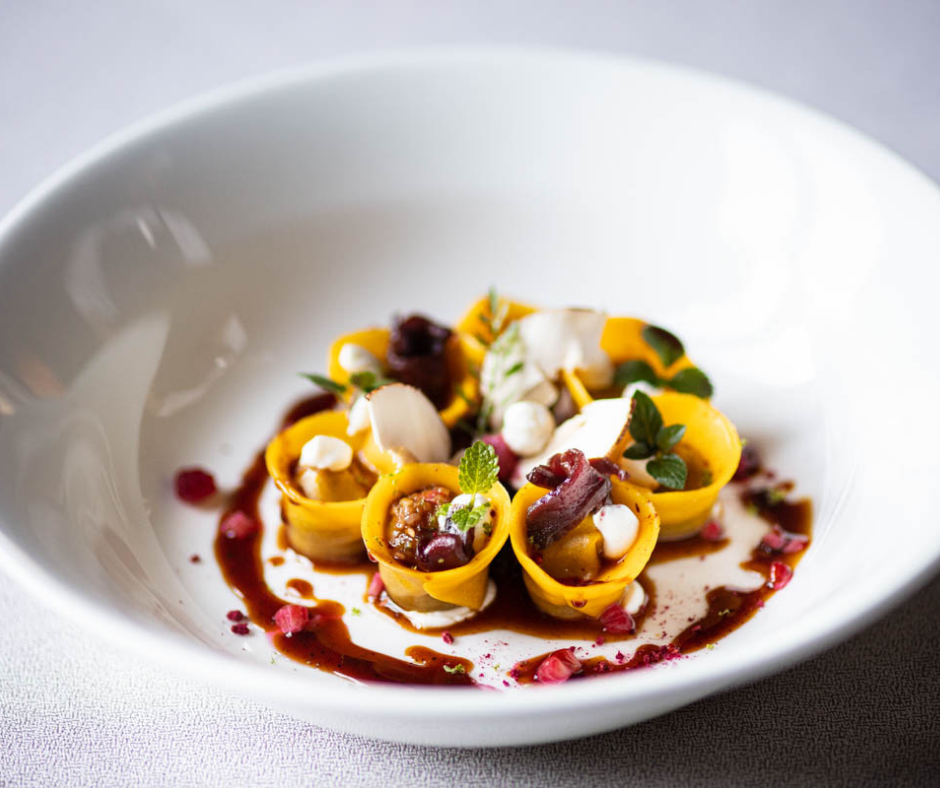 10 best fine dining restaurants in Europe according to Tripadvisor

Last month, Tripadvisor announced its best high-end restaurants in Europe. Many of them boast one or more Michelin stars and are run by world-famous chefs, while others are hidden gems run by passionate families. Here is the list of the top 10!

The Old Stamp House is an elegant restaurant housed in what was the personal office of William Wordsworth, the Distributor of Stamps of Westmorland. The intimate restaurant (it can host a maximum of 28 guests) is run by the manager Craig Blackburn and the chef Ryan Blackburn. Ryan Blackburn offers to its guests the best traditional food recipes of Cumbria, a county in North West England, combined with a touch of innovation and modernity. Traditional Cumbrian dishes include various spices, such as pepper and ginger that were imported through the ports of Whitehaven and Maryport. The high-end dining menus are a celebration of the local food heritage, its people, and its cultural heritage. ​In October 2019, the Old Stamp House Restaurant was recognized with a Michelin star.

Boasting two Michelin stars and one Michelin green star for its sustainability, La Maison d’à Côté perfectly combines fine recipes with respect for the environment, a modern atmosphere, and impeccable customer service. The chef Christophe Hay creates dishes in deep connection with the local territory, from the vegetables from the chef’s garden, to the fish from the River Loire, to stags and boars from the Chambord estate. Guests can choose between 9, 6, and 4 courses menus which will take them through a rich but simple culinary experience paired with the best wines.

Run by chef Guillaume Scheer and Charlotte Gate, Les Plaisirs Gourmands is a Michelin-awarded restaurant committed to sustainable gastronomy. This discrete restaurant nestled in a residential area includes a dining room with a glass roof and a more intimate lounge with a cozy atmosphere ideal for couples. During sunny months, guests can also enjoy their fine meal on the restaurant’s terrace shaded by a cherry tree, fig trees and bamboo. Chef Guillaume Scheer offers a creative culinary mix, with an accurate use of jus and sauces with notes of citrus fruits and fresh herbs.

Run by the Cano family, El Xato is an historic restaurant that opened its doors back in 1915. Initially, the restaurant was only a winery named “Ti Pere el Tardá.” After changing names a couple of times, in 1948, the restaurant was finally given its present name. Today, it is run by Chef Cristina Figueira, who has a 30-year-long experience in the world of cooking.The restaurant offers two menus (Temptations Menu and Centennial Menu El Xato) carefully prepared only with local products and with a mindful attention to the environment. Each menu can be paired with both national and international wines. From the restaurant’s website, it is also possible to purchase delicious “gift boxes” for two people.

Martín Berasategui is a Spanish chef with the most Michelin stars in Spain (twelve in  total), and the third top chef in the world. In 1993, together with his wife Oneka Arregui, he opened the Martín Berasategui Restaurant, which today boasts three Michelin stars. Nestled in an idyllic natural setting, the restaurant offers a menu à la carte, as well as a tasting menu.

Run by the Di Gennaro family, Quintessenza was opened in 2011 and received its first Michelin star in 2016. The menus include fine dishes made with local ingredients and with a touch of Italian style by chef Stefano Di Gennaro. The menu also boasts a selection of cheeses and, obviously, a large list of national and international wines carefully selected by sommelier Saverio di Gennaro. The pastries and desserts are curated by Alessandro Di Gennaro. The dining room is ambitiously run by Domenico Di Gennaro, who welcomes and serves the guests with a specific attention to their needs and desires.

Run by the famous chef Antonino Cannavacciuolo, Villa Crespi is a tribute to the Italian Mediterranean cuisine, blending traditions and flavors from the North to the South of Italy. The Michelin-awarded restaurant is located within a 5 star luxury hotel on the shores of Lake d’Orta in the Piedmont region. The Villa is characterized by a beautiful Moorish architecture dating back to the 19th century. Villa Crespi offers a menu à la carte and two tasting menus. One of the tasting menus (named “Italian Journey from South to North”) offers a unique experience through various fine dishes that showcase the exquisite cuisine of the entire Italian peninsula. Additionally, the restaurant boasts more than 1,800 wines, ranging from classic names to contemporary brands.

Auberge Du Vieux Puits is run by distinguished 3-star chef Gilles Goujon. In his dishes, the chef showcases its love and passion for the region using ingredients from local suppliers. Seasonality, regionality and creativity are the three main pillars of the restaurant. Auberge du Vieux Puits is nestled in the small town of Fontjoncouse, located very far away from any well-known city in France. Fontjoncouse has a population of around 130 and is surrounded by mountains in the countryside, creating a very suggestive atmosphere to enjoy exceptional cuisine.

Don Alfonso is a tribute to the flavors and territory of the Sorrento Peninsula and the Amalfi Coast. Nestled in a 19th century Neapolitan building, the restaurant offers its guests a unique experience through the cuisine and colors of southern Italy. The menus are strictly tied with the local territory and history, but at the same time, they are also innovative and creative. Don Alfonso 1890 includes a wine cellar nestled in a pre-Roman tunnel with more than 25,000 bottles and over 1,300 labels.

The Kitchin was opened in 2006 by Tom and Michaela Kitchin. Situated on Edinburgh’s Leith waterfront, the restaurant was awarded a Michelin star in 2007. The Chef Tom Kitchin blends modern British cuisine influenced with French cooking techniques and Scottish seasonal ingredients, following the philosophy “From Nature to Plate.” Thanks to the collaboration with selected local suppliers, The Kitchin receives fresh seasonal produce on a daily basis.  Thanks to the use of textures of wool, stone and wood, the dining room is a tribute to Scottish heritage, where the Kitchin team provides each guest with a superb dining experience.