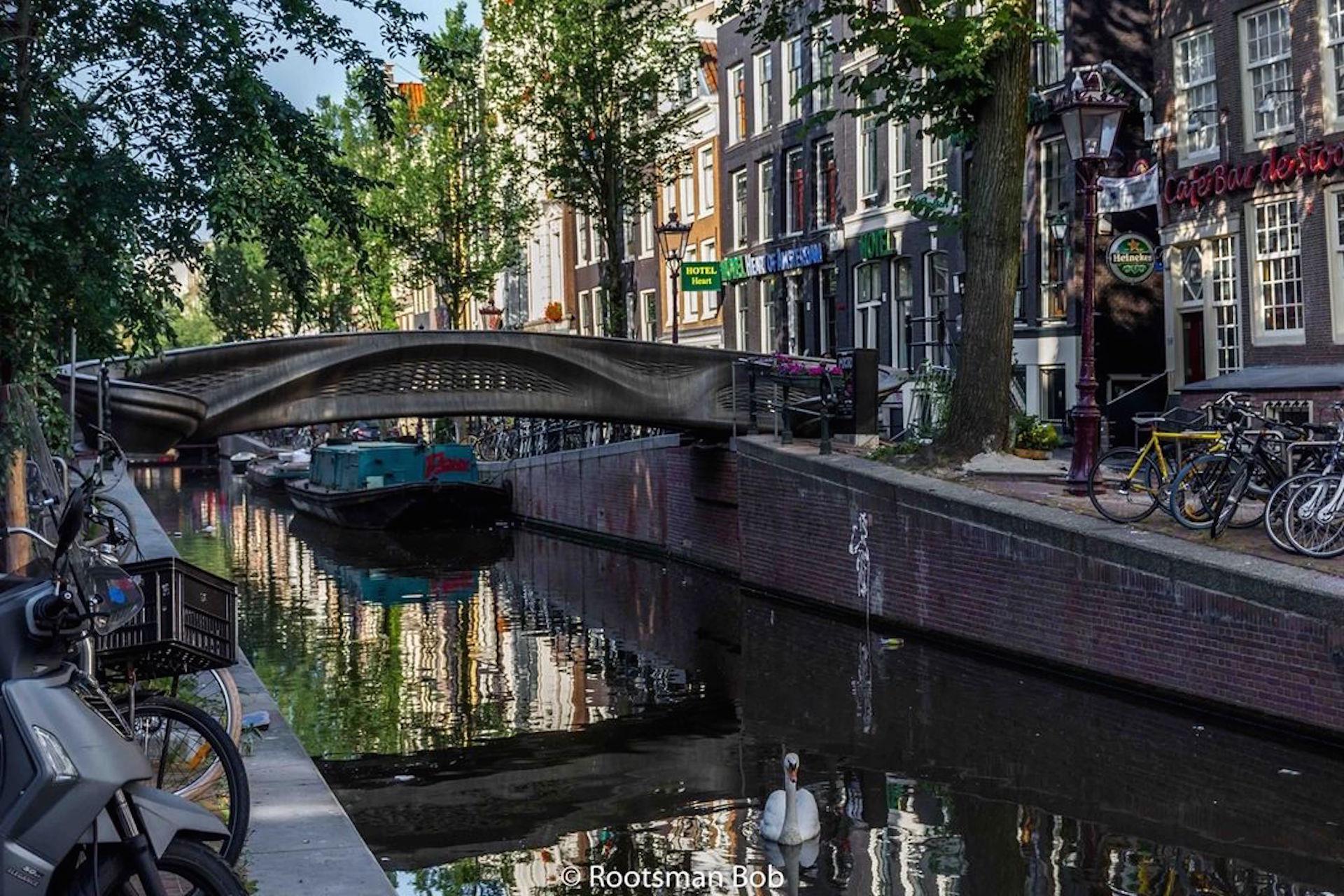 Amsterdam has installed the world’s first 3D printed steel, built to withstand heavy pedestrian traffic. The bridge was installed over the Oudezijds Achterburgwal canal in Amsterdam’s Red Light District and opened on July 15. It weighs 4.9 tons and connects the two 12-meter wide sidewalks of the canal.

The bridge, which is open to pedestrians and cyclists, was created by Imperial College London and took more than four years to build, according to a press release. During the first few days, the creators will observe the structural condition of the bridge and public interaction to see how it works.

The bridge was built with four industrial robots and took approximately six months to print. Managed by Dutch company MX3D, the robots used welding torches to cement each printed layer of the bridge together. The Queen of the Netherlands, Maxima, was present during its inauguration.

To ensure continued robustness, the bridge is permeated with a host of sensors that detect stress, movement, vibration and temperature. The data collected from all these sensors is transmitted to a digital twin of the bridge, a virtual bridge simulated on a computer, which will help scientists monitor the structure.

3D printing presents vast opportunities for the construction industry, providing much greater freedom in terms of material properties and shapes

To take the bridge from an idea to a walkway, Imperial College’s Steel Structures Research Group conducted destructive strength testing on printed elements, real-world testing on the walkway and research on developing an advanced sensor network.

According to its creators, 3D printing presents great opportunities for the construction industry, providing much greater freedom in terms of material properties and shapes; however, this freedom also brings a number of challenges and will require structural engineers to think in new ways.