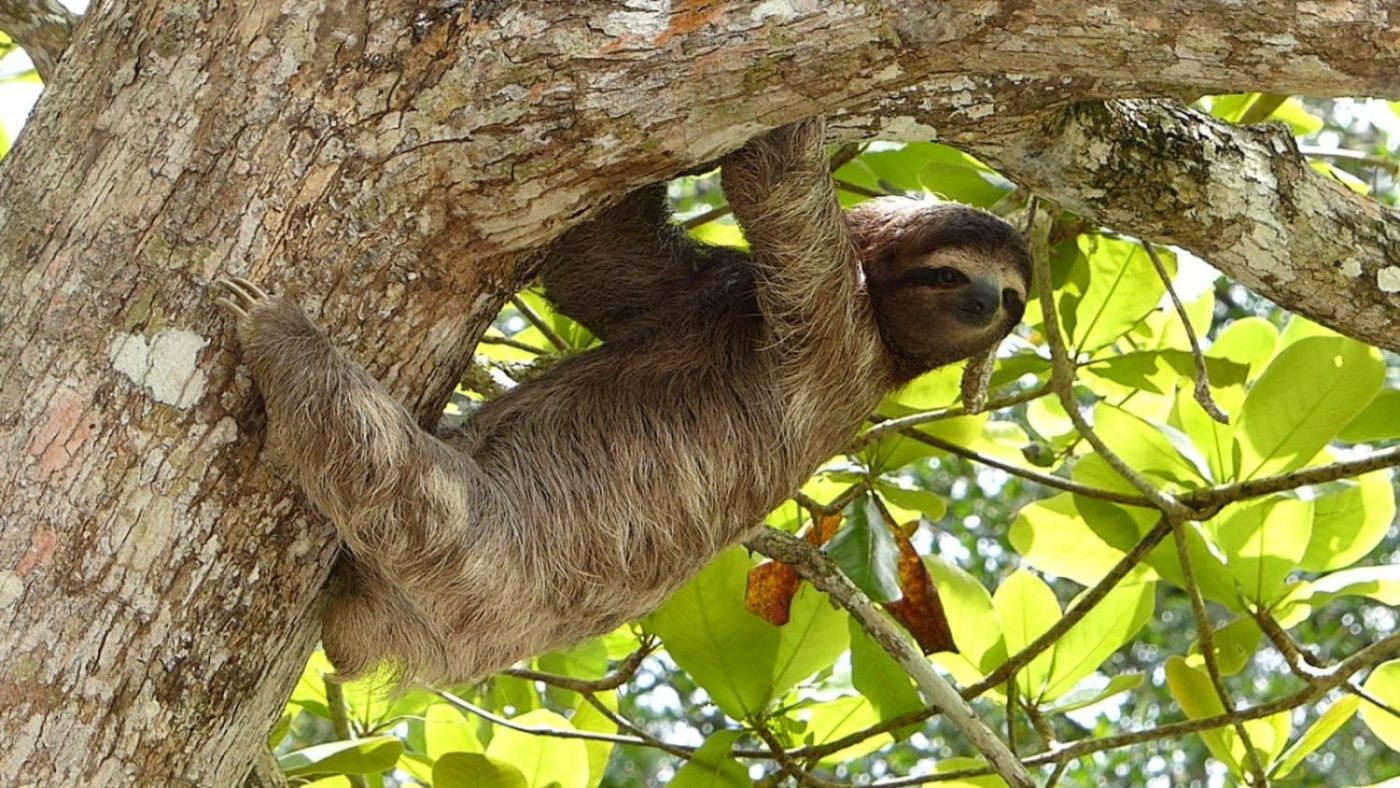 Why you should never take a selfie with a sloth

7 Types of dresses to wear this summer

Sloths may well be some of the most intriguing creatures roaming this planet. They’re most often seen hanging around the branch of a tree, sleeping as if their lives depended on it. Their lazy outlook is the result of their very slow metabolism and on average, they spend about 90% of their day without moving. Pretty impressive if you ask us and sometimes, honestly, we wish we could do the same. Yet being such a slow creature also has a few more negative sides, some of which we humans are responsible for.

When we say sloths are slow, we mean really slow. Under normal circumstances and when in a tree, they move around at about 4 meters a minute – when great danger is upon them, they can reach a maximum speed of… 4,5 meters a minute. When they’re on the ground, an activity they undertake once a week in order to defecate, they’re even worse off: at 3 meters a minute, they’re a pretty easy prey for about any predator out there – including humans.

The Green Heritage Fund animal shelter in Paramaribo in Suriname is urging people not to take selfies with sloths any longer. Suriname is home to a great deal of sloths and tourists are always very eager to take a picture with them: they seem cute and cuddly and, given their speed, they’re easy to approach. Yet, according to Monique Pool from the Green Heritage Fund animal shelter, taking a picture with a sloth could cost the animal its life.

“Sloths are unable to escape and – when people pick them up – they simply cling on to people as if they are holding on to a branch out of instinct. This is often misinterpreted as the sloth enjoying a cuddle. They are actually scared and – because of their slow metabolism – are very vulnerable to dying from heart attacks when placed under duress”, Monique Pool told Metro UK.

According to Pool, sloths are under great threat as humans enter the area they’re living in. As they can’t easily escape, they’re stuck in their tree and under a great deal of stress. Therefore, Monique has started a so-called Sloth Taxi Service. When sloths are stuck within an area with a lot of human activity, she goes to pick them up and releases them in a secluded forest area.

“We look for a nice tree, put the box against it and let them escape”, Monique explains to Metro UK. “Once a sloth senses it is back in the forest, its whole energy changes and it knows it is safe. That is a wonderful part.”