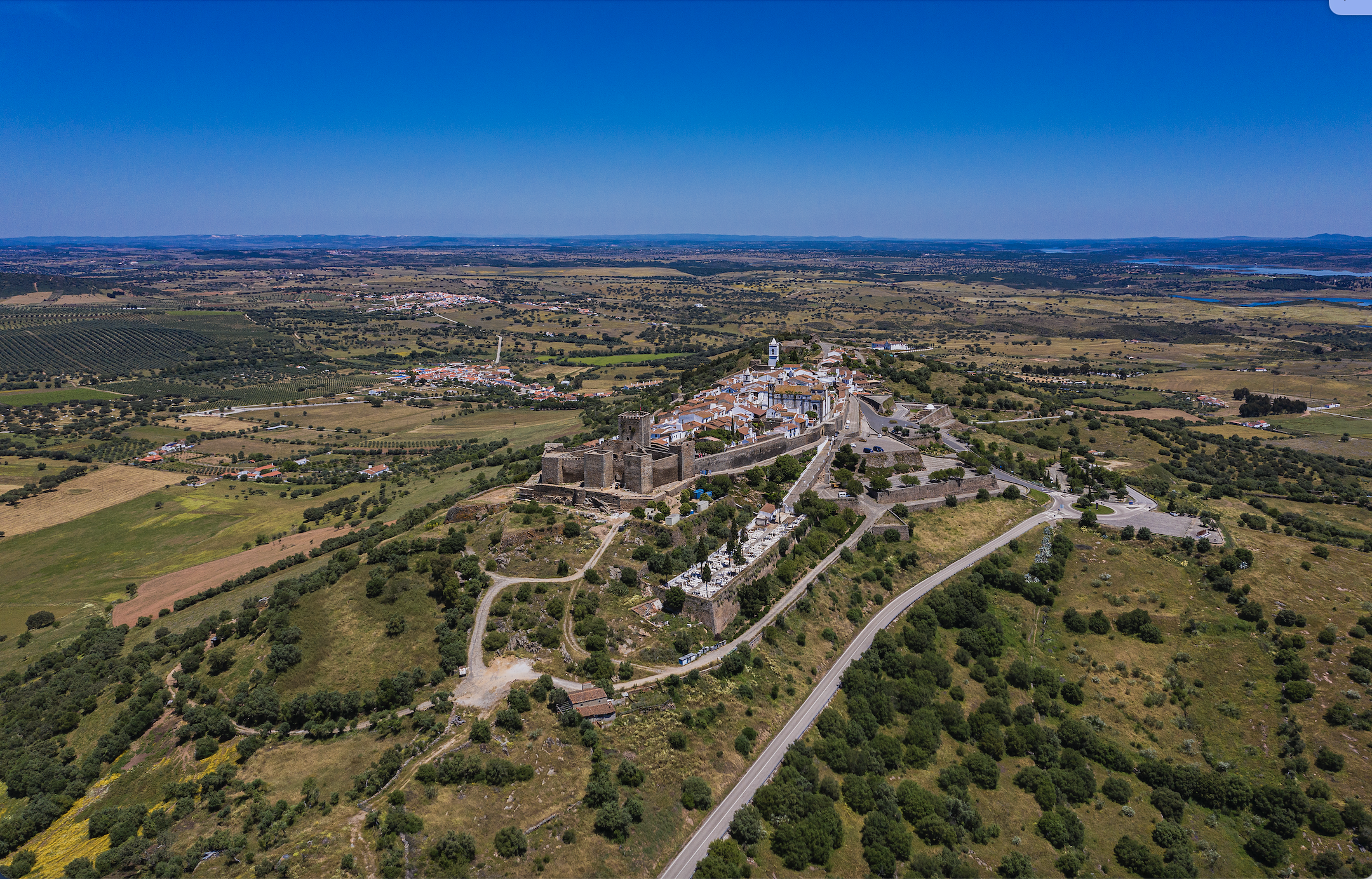 What used to be a concern, curiously became a point in favor, even before the pandemic occurred. The fact that Portugal’s Alentejo has only 10 inhabitants per square km, about 500 thousand residents, means that people are now attracted by the serenity of this unique place.

Due to desertification and the consequent lack of public investment, the territory was once left to its fate, but due to its natural beauty and authentic heritage, everything remained unchanged, which turned into an opportunity. Alentejo excels in its landscape which makes it so unique, as well as the light there, which at night makes it one of the most privileged places in the world for stargazing.

When visiting Alentejo, you’ll find heritage, nature and great accommodation, all in a quiet place!

A formerly abandoned place that was maintained by the preservation of its heritage and man’s connection to the territory. With 2021 just starting, António Lacerda, Executive Director of the Regional Tourism Promotion Agency of Alentejo, speaks with Travel Tomorrow about the reasons to visit Alentejo in 2021.

1. Why is Alentejo not to be missed?

Alentejo is authentic and different because it is not possible to relocate its heritage, but its humanistic and hospitable culture is what most distinguishes it. From the way it receives those who come from outside, to the mere conversation with a neighbor in the backyard of the houses.

I can say that even in a pandemic period, we die and fall less than the others. Our summer was good precisely because people wanted to go to a beautiful and calm place, where there weren’t many people.

Taking a walk around Alentejo, if you are coming from Lisbon, I suggest you start the tour with a climb up the Tagus river, stopping in its unique and identifying villages. Then, Ponte de Sor, Montargil, Castelo de Vide, Marvão, Portalegre, Arronches and Campo Maior should not be missed. Elvas must be part of this circuit, as well as Estremoz, Beja, or the beautiful Monsaraz, and don’t miss our ex-libris Évora. Cross the south coast of Sines dominated by the cliffs, prepare to be amazed by the beauty of the escarpments of Porto Côvo and Zambujeira do Mar. In the north, stroll along the golden beach that has more than 50 km. Sleep in a convent, castle or monastery, absolutely disruptive experiences.

In addition, it has numerous activities that you can do, from ballooning, surfing or kitesurfing, stand up paddling in the small reservoirs that can be seen in the middle of the cork oaks, the tree that captures the most carbon, and is therefore an excellent ally in purification of the environment.

2. What changes have occurred in recent years that you consider essential for the development of the region?

Allow me to take a trip in time…being a territory penalized by the lack of public investment, this resulted in lost opportunities for the population, who were forced to leave and seek support in Lisbon and the industrial areas of Setúbal and Sines. From the 1960s onwards there was a very large exodus and Alentejo lost two thirds of its population, a trend that continued until the 1980s.

However, there is a consequence that no one expected, as they were abandoned, the places were no longer moved, which led to the preservation of heritage and memories. The villages remained unchanged, examples like Marvão, Monsaraz and Mértola, considered highlights. Places where time stood still.

After the Carnation revolution on 25 April 1974 there was investment in Alentejo and the quality of life was put at the service of tourism. With the entry into the European Economic Community, there was also a strategic orientation to enhance tourism as a vector for affirming rurality and thus the estates were transformed into rural accommodation.

3. Alentejo tourism has been asserting itself for sustainability, in what way?

There are sectors that have been bringing sustainability to Alentejo, such as the aeronautical industry and the conversion of the Sines industrial complex that operated on coal and will run on hydrogen.

There is also a bet in the hotel units to reduce water consumption, proceeding, for example, with the induction of air to create greater pressure in the bath, with less liters of water wasted and still trying to decrease the waste. The adoption of good practices generates a more balanced management from the financial point of view, creating savings. There are even hotel units that have their own energy production and that have been replacing all lighting with low consumption lighting.

In addition, the Regional Tourism Authority launched a project to classify the biosphere reserve and the number of members was very significant. The accommodations realized that it is in the unique identity of the region and its particularities, such as gastronomy and wine, that they are able to differentiate themselves.

4. As for the classification of Évora and Elvas as World Heritage by Unesco, what impact did it have on tourism?

There is a before and after classification. When in 1985 Évora received the title of World Heritage of Humanity, Alentejo asserted itself as a tourist destination, that was when they begin to look at us with a different perspective and Elvas reinforced this position.

Here I must also underline what Alentejo has as an Intangible Cultural Heritage of Humanity that goes from the Cante Alentejano, the figured clay of Estremoz, the rattles of Alcáçovas or Falcoaria. These values are unique and have contributed to the tourist demand in Alentejo. It is true that classified places are in greater demand, as is the heart of Alentejo, the interior. Although the coast has a higher number of beds, the occupancy rate is not that great.

5. Besides tradition, what else represents Alentejo?

Alentejo is not just tradition, it is also modernity represented in a distinctive tourist offer, in agriculture and in wine production, everyone is betting more and more on innovation and research.

We have Talha Wine (Amphora Wine) produced like the Romans did, which contrasts it with others made with modernity. At our scale, we are at the level of the best in the world and we have places where tourists can make their own wine by composing a kind of technical file where they can choose whether they will have red fruits, chocolate, cinnamon, or any other ingredient and take all of their boxes home.

6. What are the plans for the future?

Through the Regional Spatial Planning the plan is prepared for community fund cycles, we always address issues related to the number of residents. It is also interesting to note that we now have a trend, digital nomads, people whose professional activity can be carried out in any location and who are therefore staying here.

On the other hand, universities bring more and more young people to us, and some stay here after their studies finish. And of course, people who come from outside to work in tourism, who end up being part of the local community and consuming what is done here.

When visiting Alentejo, you’ll find heritage, nature and great accommodation, all in a quiet place!