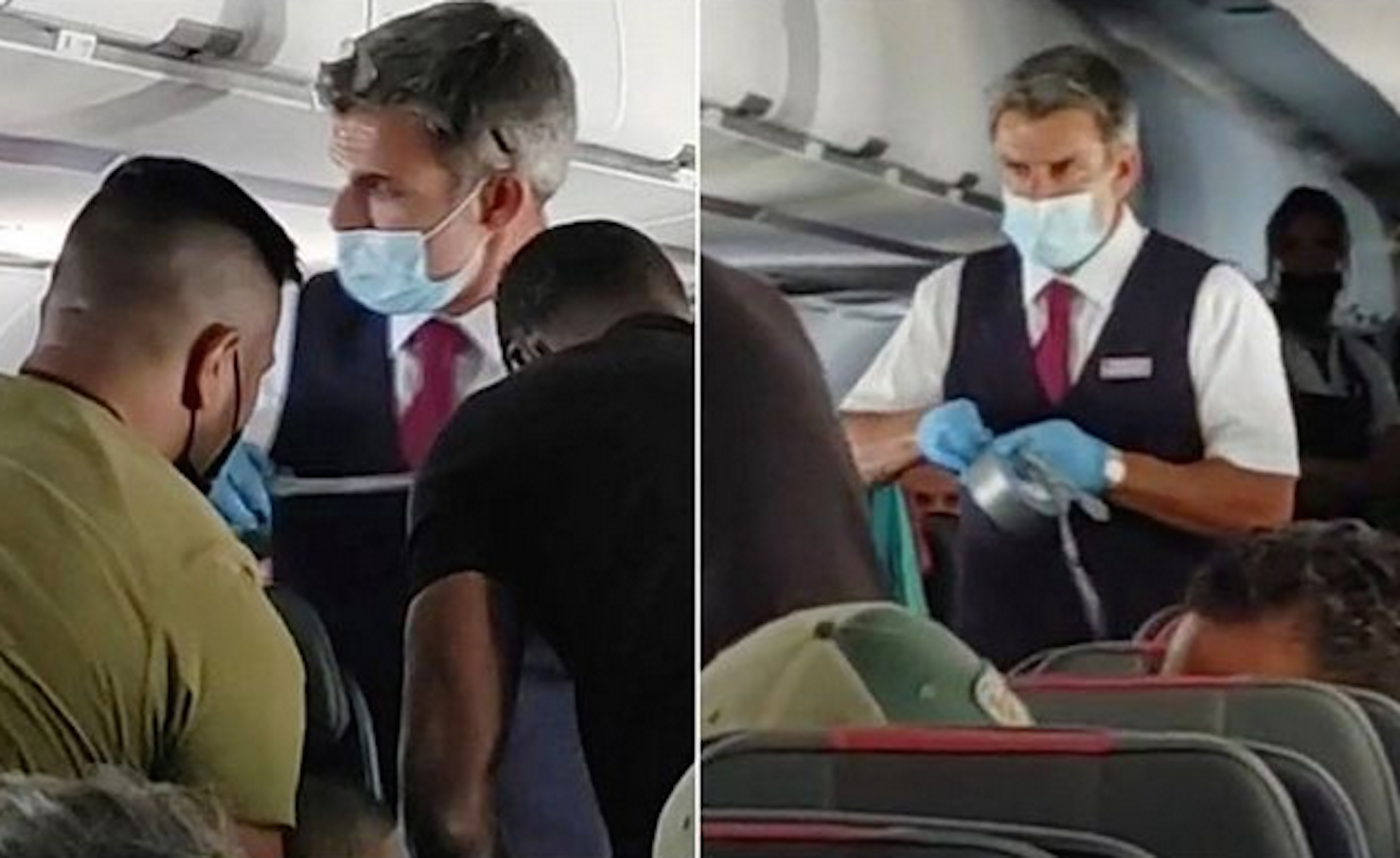 Why do flight attendants use duct tape to restrain unruly passengers?

Violence on airplanes has increased substantially over the past few months, especially in the US. Many flight attendants are using duct tape to restrain aggressive passengers or those who might put the whole crew in danger.

A woman passenger on American Airlines Flight 1774 to Charlotte, North Carolina, was strapped to her seat after she tried to open the door to exit the plane mid-flight.

On a Frontier Airlines flight in late July, flight attendants were forced to restrain a passenger by duct taping him to his seat after he allegedly punched and groped staff members and cursed at other passengers on board.

Another flight attendant on an American Airlines flight duct-taped a 13-year-old boy to his seat after he reportedly attempted to kick out the window of an aircraft.

According to Business Insider, flight attendants do not see duct tape restrain as an ideal solution because taping people to chairs can interfere with emergency evacuation. Flight attendants reported that they had been trained to use other restraints, like zip ties or flex-cuffs, as well as duct tape. They are trained to de-escalate situations by verbally calming down aggressive passengers.

A Dallas-based flight attendant told Business Insider that crew members should not tie unruly passengers to any part of the aircraft because they cannot evacuate under 90 seconds. This could keep other passengers from leaving the plane.

Duct tape is a big violation in my opinion. It’s a very, very last resort due to safety issues

The Federal Aviation Administration has investigated 600 unruly passenger reports this year — nearly double the combined total of reports in 2019 and 2020, Business Insider reported. Many aggressive incidents involve disagreements over wearing face masks, and some flight attendants have been punched, groped, spat at, and verbally abused this year due to the tension on board.