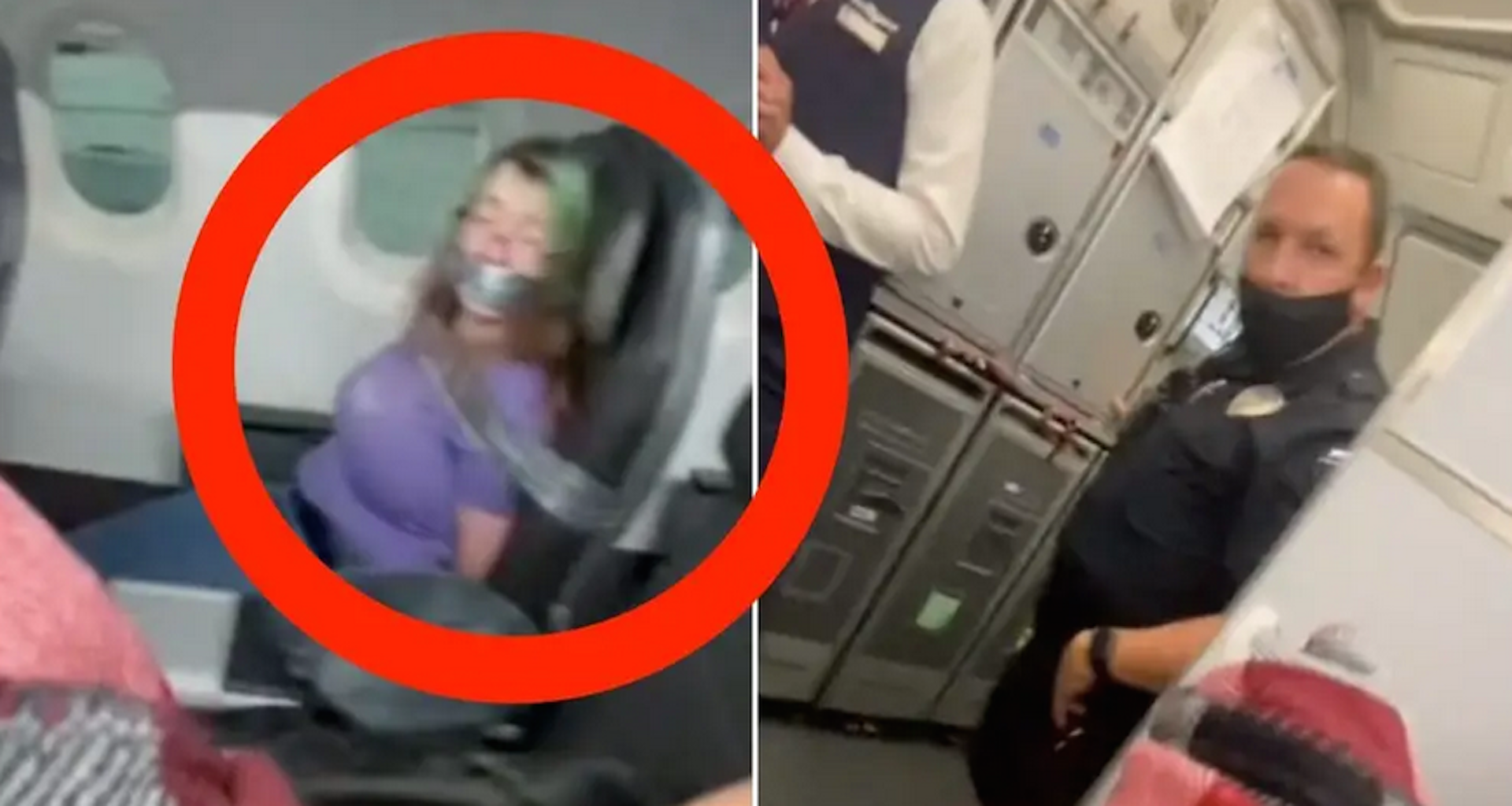 A woman passenger on American Airlines Flight 1774 to Charlotte, North Carolina, was strapped to her seat after she tried to open the door to exit the plane mid-flight.

One of the passengers on the same flight filmed the area near the exit door of the airplane: screams can be heard. The woman in question is then seen tied to the seat with tape around her mouth and body. A police officer and medical personnel were present at the entrance of the plane when it landed.

In another video, the same person who filmed the scene explained that an hour into the flight, passengers saw flight attendants flailing and running around, locking the toilets without explaining what was happening. “Chaos,” wrote the tiktok user @lol.airee.

The crew’s explanations came a little later and during the landing: one of the flight attendants explained that a woman had had an anxiety attack and had shouted that she had to get off the plane. Prevented by the crew, she started screaming and spitting.

American Airlines confirmed that a woman “attempted to open the front gate” during the flight, the New York Post reported. The airline company then said she was restrained “for the safety and security of other passengers and crew.”