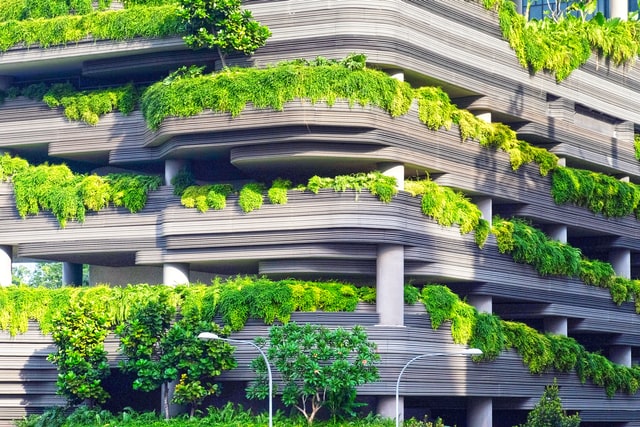 Why building greener is key to meeting Paris climate targets

A new United Nations-led report reveals that reducing carbon output from buildings and construction is essential to meet the Paris Agreement goal of limiting global warming to well below 2C. The report shows that the construction and operation of buildings accounted for 37% of global energy-related CO2 emissions in 2020. While that number was down slightly from a year earlier, most of the reduction resulted from lockdowns and economic contraction during the pandemic, not from measures to cut emissions.

Progress has been made in reducing the carbon output from buildings, according to the UN. More countries are putting building energy codes in place, green building certification is rising, and investment in energy efficiency increased to more than $180 billion last year from $129 billion in 2015, when the Paris Agreement was adopted.

The construction sector, as a major source of greenhouse-gas emissions, must be decarbonized through a triple strategy of reducing energy demand, decarbonizing the power supply and addressing building materials’ carbon footprint.

According to the World Economic Forum, the efforts will not suffice and progress has been slow. Two-thirds of countries still have no mandatory building energy codes. Most of the boost in energy-efficiency investment came from only a few European countries. The report states that there’s a “lack of ambitious decarbonization targets” in the goals many countries have set for themselves under the Paris Agreement.

Asia and Africa are expected to see building stock double over the next three decades, the UN predicts. And the use of materials globally is set to more than double by 2060, with construction materials accounting for a third of that increase.

To get on track for net-zero emissions by 2050, emissions from buildings will have to be cut in half by the end of this decade. Indirect emissions – from power generation for electricity and commercial heating – must come down by 60%, the UN reports.

The World Economic Forum proposes that governments around the world need to step up their commitment to reducing carbon output from power generation. Their plans also need to target emissions from the production of building materials, which have so far largely escaped notice.

All countries need rules in place to improve the energy efficiency of buildings, covering everything from insulation to ventilation and appliances. It also needs to be ensured that new and existing buildings that will be in use for decades to come can adapt and withstand changes in the climate and extreme weather events such as rising sea levels, heatwaves, droughts and cyclones.

The UN states that investment in building efficiency will need to grow at a rate of 3% a year, and public funds will need to be complemented by private investors. Green bonds, which are used to finance projects that will have a positive impact on the environment, are one tool to channel investment into the sector, along with green mortgages and other products.

That’s a lot to accomplish in a short time. But with careful planning and focused effort, the UN report is positive that the buildings and construction sector can get it done. To aid the industry and its stakeholders in realizing this ambition, the World Economic Forum has created its Framework for the Future of Real Estate, which provides an action-driven roadmap that brings together criteria such as liveability, sustainability, resilience and affordability to create a new approach to buildings and urban life.