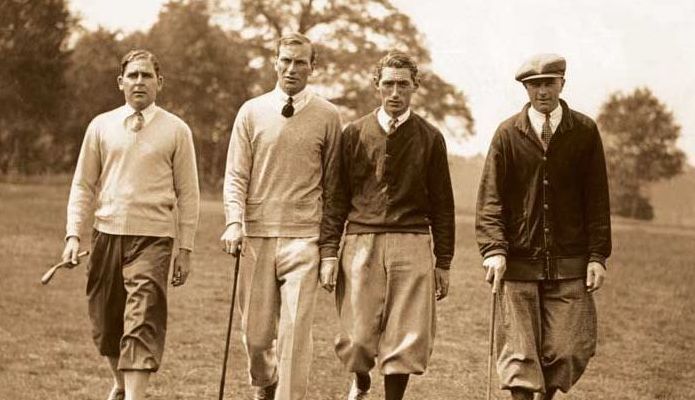 10 healthy European recipes that you should try

Who invented golf? The Chinese, the Romans, the Scots, the Dutch? This question still generates much confusion. But let’s try to make it clearer here.

The truth is that the game of golf evolved over centuries and was invented in its simplest form – the classic stick plus ball combo – by different people in different countries. According to some historians, the first games similar to golf were played in China, Laos, England, France, Holland, Belgium, and even in ancient Rome! Obviously, they were not played with the same rules as modern golf, but they were still pretty close. However, the most intriguing theories about the origins of golf come from Holland and Scotland.

The Dutch golf historian Steven J. H. van Hengel, one of the best experts on the origins of golf, argues that golf – originally named colf – was probably a blend of two ancient games (chole and jeu de mail) which were imported into Holland. Van Hengel traced colf back to the end of the 13th century. During that period, colfer, or golfers, were a common subject in contemporary Dutch artworks, suggesting their popularity then. Colf was a long game, mainly played in the streets, and in courtyards.

During the 16th and 17th centuries, it started to be played on frozen canals, rivers, and lakes. Later on, the game was moved indoors. Throughout the 18th century, colf became less and less popular and started to be replaced by kolf, a shorter game which was played on a 25-yard-long course. Thanks to the active trade industry between Holland and the ports on the east coast of Scotland, the game of kolf traveled all the way across the North Sea, reaching Scotland.

2. The origins of modern golf

Generally, the credit for the modern game of golf as we know it today – played with 18 holes – is given to the Scots. Historians believe that the Dutch term “colf” was later adapted to the Scottish dialect of the late-14th and early-15th century, and the term became “goff” or “gouff.” Only later in the 16th century the word “golf,” began to finally be spelled the way we all know it now.

In the 15th century, the Scottish monarchy decided to ban golf several times. The first time was in 1457, when James II’s Act of Parliament of 6 March banned both golf and football. The reasons behind the ban are quite surprising: in Scotland, military training was compulsory for all males over 12. However, instead of focusing on archery and other military practices, young males preferred to spend their leisure time playing golf and football! The ban was repeated in 1471 and in 1491, meaning that the first ban was probably not entirely successful.

In the 19th century, the popularity of golf increased exponentially. Its growth was mainly related to the Industrial Revolution and the development of the Scottish railway system, which allowed English tourists to take the train to Scotland for golf trips.