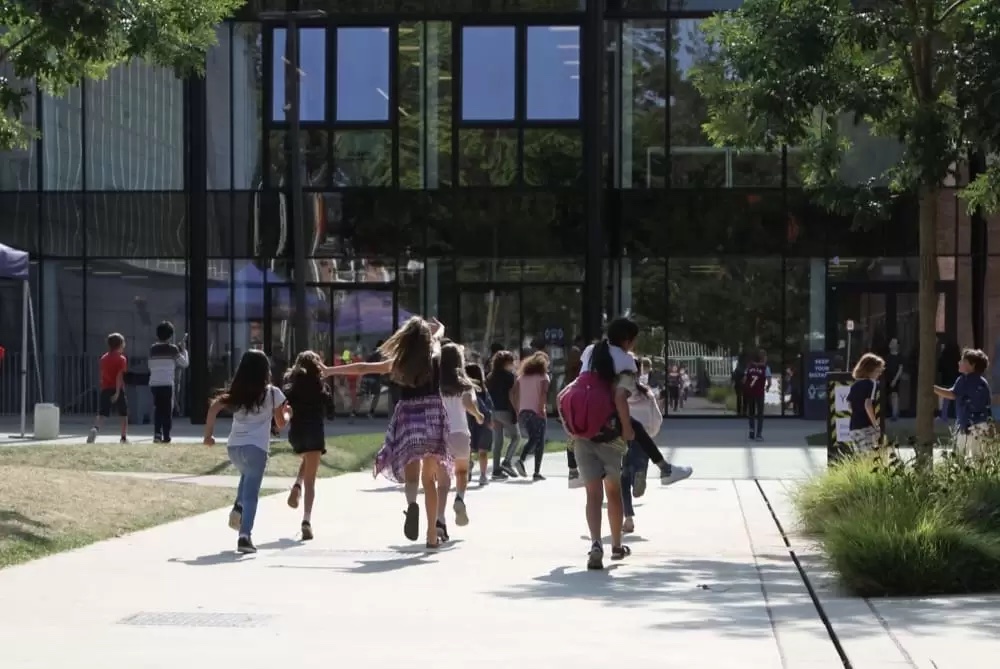 What impact do international schools have in Brussels?

The capital of Belgium is the beating heart of Europe in more than one way. Because of its location, the country has been a crossroad for centuries. Burgundy, Spain, the Netherlands, Austria, France, all have left at one point or another their mark in the country. Brussels is not only the capital of the European Union, but also the seat of NATO’s headquarters, Eurocontrol, and several other institutions that for their nature attract civil servants, diplomats, business people, lobbyists and NGO workers from dozens of different locations.

Upon arrival one of the decisions that has to be made in a household is what kind of education will be provided for their children. Some opt for what the local school system has to offer (in French or Dutch), others choose an international school. According to Belga, about 25,000 children and teenagers attend one of the 33 international schools for primary and secondary education located in and around Brussels.

There are clusters of international schools in Brussels municipalities such as Woluwe, Ixelles, Laeken, Uccle, Etterbeek, all in reasonable distance from the city center. Together, these English-language schools educate about 13,000 pupils, according to Belga. Other large international schools are the Lycée français Jean Monnet in Uccle with 2,750 pupils, the International School of Brussels in Watermael-Boitsfort with 1,400 pupils and the British School of Brussels in Tervuren, just outside Brussels, with 1,350 pupils.

A post shared by The British School of Brussels (@bsb_brussels)

School bus services are commonly offered, and class sizes are also very small; it’s not unusual to have less than 20 students per class. An entrance assessment is usually required if the child does not speak a language offered by the school. Language camps are a regular feature in the extra-curricular programs of most international schools in Belgium.

EU institutions and businesses in general generate an important demand for interns too. According to Belga, more than 8,000 individuals move to the Brussels region because of an internship, while close to 1,000 students arrive in the city via Erasmus exchange programs. There are more than 86,000 students in Brussels, of whom almost 23% are not Belgian and 7% are not EU citizens.

A threat to the Dutch language?

The growing international character of the Flemish periphery poses a threat to the Dutch language, according to Flemish Minister of Education Ben Weyts. Early this year, Weyts announced that its administration would provide additional resources for secondary schools in the Flemish periphery around Brussels. A total of three million euros will be made available over the next three years, reports Belga.

“In some of the periphery municipalities, up to 75% of the school-age children are of a different origin and almost half of them speak another language at home,” said Weyts. “In secondary education, there are non-Dutch-speaking pupils who only enter Dutch-speaking education at a later age. We also see this in schools in Brussels.”