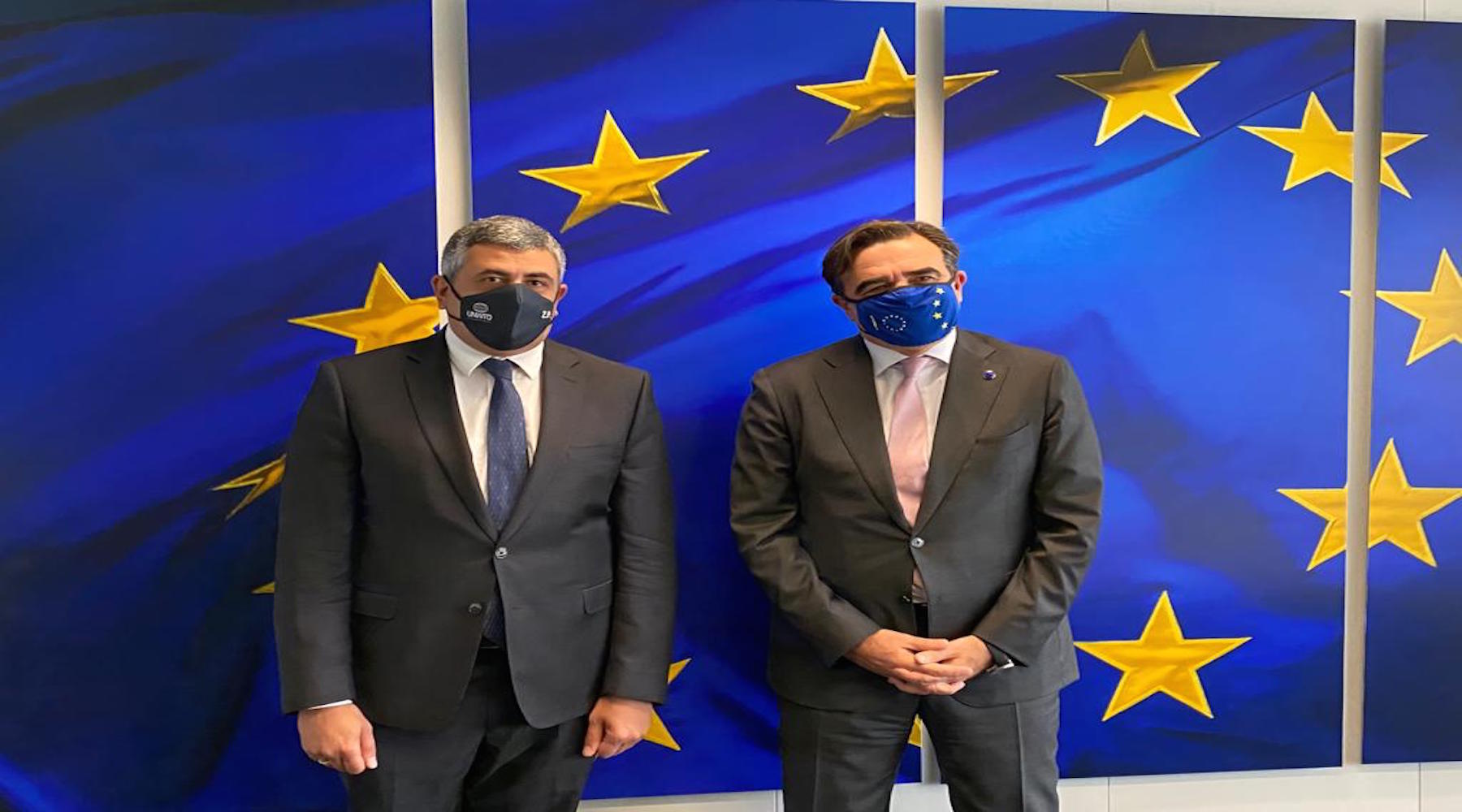 UNWTO Delegation in Brussels for talks with EU leaders

The Secretary-General of the World Tourism Organization (UNWTO) has led a high-level delegation to Brussels for a series of meetings aimed at ensuring tourism remains at the top of the political agenda of the European Institutions.

As UNWTO guides the global restart of tourism, Secretary-General Zurab Pololikashvili has been working closely with European leaders to ensure the sector receives the political and financial support needed to protect livelihoods and safeguard businesses. During his visit to Brussels, Mr. Pololikashvili urged the leaders of the European institutions to transform the ambitious plans for the recovery into reality by coordinating a package of response measures that will allow for tourism to return and to drive the recovery of the EU economy.

At the same time, the UNWTO leadership stressed the importance of supporting and growing domestic tourism. According to Mr Pololikashvili, domestic tourism has immense potential, including for the recovery and development of rural communities. However, for this potential to be realized, governments and the European Institutions need to provide greater direction and stronger leadership.

“Tourism is a central pillar of European economies, a leading employer and a source of opportunity for many millions of people across the continent. The leaders of the European Institutions have signalled their commitment to supporting tourism at this challenging time,” said Pololikashvili. “High-level leadership and unprecedented levels of cooperation between the Institutions, governments and businesses will be needed to translate good intentions into firm actions and so help tourism lead the continent’s recovery from crisis.”

Secretary-General Pololikashvili congratulated European leaders for their role in opening the borders of EU Member States before the end of the summer season. This gave some much needed impetus to travel and tourism and saw a promising upturn in international tourist arrivals in several European markets.

2. Coordination only way to restart tourism

UNWTO calls on governments to avoid acting unilaterally and closing borders as this has proven not to be effective in controlling the spread of the virus. It is vital that the focus shifts from limiting travel to ensuring safe travel by putting in place measures like widely accessible, fast testing at departure. Such measures will protect the health of travellers as well as tourism- and travel-related workers, while at the same time fostering trust and boosting confidence.

Tourism contributes 10% of total GDP for the European Union and supports more than 2.4 million businesses. The sector is on track for a fall of between 60% and 90% in bookings compared to similar periods in previous years. The estimated revenue loss this year for hotels and restaurants, tour operators, long distance rail and for cruises and airlines is from 85% to 90%. As a result of this pandemic, 6 million people may lose their jobs.

This visit to Brussels comes on the back of the European Tourism Convention, during which Mr. Pololikashvili stressed the importance of supporting and promoting green investments in tourism so as to drive sustainable recovery from the present crisis.