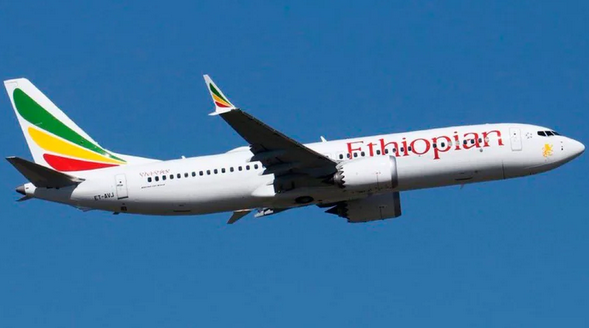 Which hotel booking sites have the best deals?

Are tourist taxes a good idea to fight overtourism?

On Monday August 15th, two pilots from Ethiopian Airlines, Africa’s largest airline, fell asleep in mid-flight while flying from Khartoum, Kenya, to Addis Ababa, Ethiopia. The Boeing 737 was at 37,000 feet (11,200 meters) when it was due to begin its descent to the international airport in Ethiopia’s capital.

According to the Air Live portal, when Air Traffic Control noticed that the aircraft was not starting the descent protocol, they tried to contact the crew several times without success.

In a press release, the airline confirmed that the two pilots in question have been suspended. “The concerned Crew have been removed from operation pending further investigation,” Ethiopian Airlines stated. “Safety has always been and will continue to be our first priority.”

Appropriate corrective action will be taken based on the outcome of the investigation.

This situation caused the pilots to overshoot their destination, so they had to make new maneuvers to resume the route to Addis Ababa. During the time the pilots were asleep, the aircraft was kept in flight by the autopilot system. When it was deactivated, the drivers were awakened by the alarm.

In a tweet, aviation expert Alex Macheras described the incident as very concerning. He highlighted the dangers of pilot exhaustion. “Pilot fatigue is nothing new, and continues to pose one of the most significant threats to air safety, internationally,” he wrote.

Why hadn’t it started to descend for landing? Both pilots were asleep

According to early reports, the automatic flight management system was set for an approach to the airport, but without descending. Otherwise, the consequences could have been much worse. Finally, after waking up following the alarm activation, the pilots landed at Addis Ababa airport almost half an hour later. The aircraft remained on the ground for about two and a half hours before starting the next trip.

Fortune magazine reports that CEO of Wizz Air faced strong backlash after telling pilots they should simply push through their exhaustion. “We cannot run this business when every fifth person of a base reports sickness, because the person is fatigued,” said József Váradi, citing compensation fees. “Sometimes it is required to take the extra mile. The damage is huge when we are canceling the flight, it’s huge.”