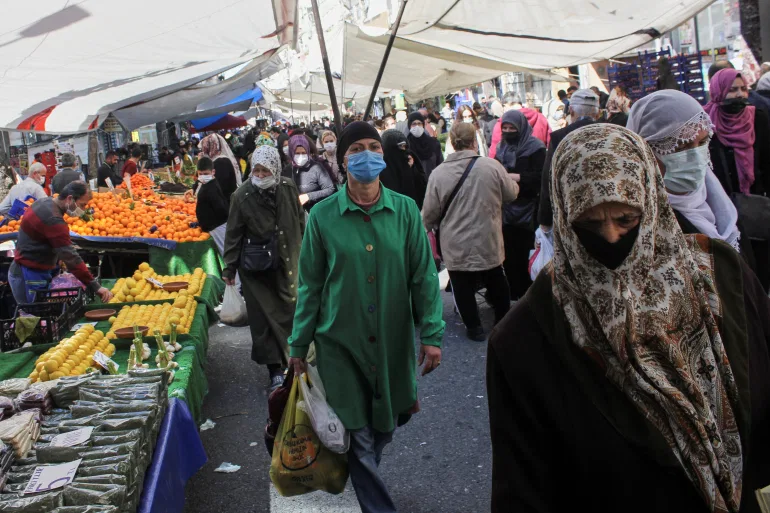 Fake mask stunt could see YouTubers kicked out of Bali

Despite being praised by many, including the World Health Organisation, for its early combative action this time last year, one year on Turkey is among the countries worst affected by Covid and now has the highest infection rate in Europe. With around 39,000 total number of deaths (relatively low), authorities say the pandemic is still under control thanks to the country’s strong healthcare system, however the recent spike in cases is worrying and has led to the country’s first full lockdown. Last November Turkey introduced a second period of restrictions and the number of daily cases fell to around 6,000 in mid-February, however as soon as the government began easing restrictions in March, a new wave struck and led to a government U-turn, re-imposing restrictions at the beginning of April.Unfortunately it was not sufficient to curb the spread of infections and at its peak in April the country saw more than 60,000 new cases a day and more than 300 deaths.

The new restrictions in Turkey will continue throughout the rest of Ramadan and also the Eid festival following it. President Erdogan announced that, “At a time when Europe is entering a phase of reopening, we must rapidly reduce our number of cases to fewer than 5,000, not to be left behind”. From Thursday 29th April until 17th May the following restrictions are in place:

Critics argue that the government lifted restrictions too early last time and that the vaccination process in the country has not been fast enough. Others also criticise President Recep Tayyip Erdogan’s ruling AK Party for organising busy congresses in March while many social gatherings and public protests were banned. Additionally, scientists say that new variants, especially the UK (Kent) strain, have accelerated the infection rate. As with other countries, there is both support and criticism of the new lockdown. Many experts support it as they believe it is necessary, however some argue it will not last long enough to curb the rise in cases, it might not be very effective unless supported by a faster vaccination programme, and that measures should provide economic support for low-income people.

So far in Turkey more than 22 million vaccinations have been carried out in the country of 82 million, with 13.6 million people having received at least one dose. The country mainly uses the Chinese Sinovac vaccine and lower numbers of Pfizer-Biontech. Recently, Health Minister Fahrettin Koca said, “We have sped up vaccine diplomacy for the injections including Sinovac, Pfizer-Biontech and (Russia’s) Sputnik V”. Last year Turkey saw a 70% fall in foreign visitors, and the tourist industry hopes the lockdown will help allow for a reopening in time for this summer season.