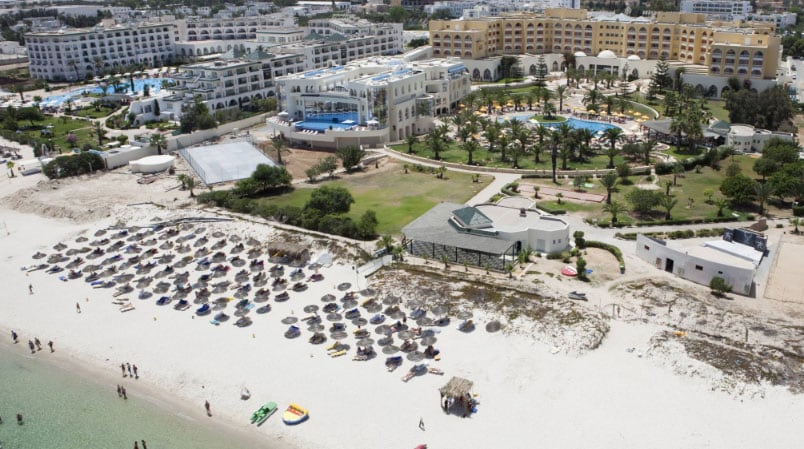 Belgium maintains measures as Omicron expected to peak by mid-January

Travel agency TUI will compensate survivors and families from the victims who have lost their lives during the 2015 terror attack on the Sousse coast of Tunisia, killing 38 persons. The attack, on 26 June 2015, and claimed by the Islamic State, was carried out by Seifeddine Rezgui, who opened fire on tourists in the popular resort of Port El Kantaoui.

Two years after the atrocity, a British judge ruled that the victims were “unlawfully killed”. However, the judge observed that little could have been done to prevent the massacre. Nevertheless, such claims prompted immediate legal action from the British victims and their families. At the time, TUI pledge defense, arguing that any claims of negligence from TUI’s part were “wholly erroneous”.

During an inquiry in London in 2017, lawyers for the families who lost relatives suggested that lives could have been saved if TUI had carried out a security audit before the attack. Among the fatal victims, 30 were British, and 39 people were wounded, some left with life-changing injuries.

The inquiry at the Royal Courts of Justice was told that some of the survivors of the mass shooting said they were told by TUI travel agents before ttravelling to Tunisia that such trip was “100% safe”. They further complained for the lack of official travel advice warning that the threat from terrorism was high.

2. Settlement for victims and families

The settlement announced on 6 January has been reached “without admission of liability or fault” on TUI’s part, but “in the hope that the compensation will go some way to assisting the claimants.” The amount agreed by TUI and the lawyers involved in the legal case hasn’t been disclosed.

A joint statement released on 6 January by TUI and the law firm Irwin Mitchell, which is representing more than 80 claimants, reiterated solidarity towards those affected by the terror attack: “The tragic events of 26 June 2015 in Tunisia shocked and devastated us all and changed the lives of those affected forever. TUI has always expressed heartfelt condolences to the families and friends of those caught up in the terrorist attack that day and continue to extend deepest sympathy.

The German multinational travel and tourism agency recognised the fought claimants have endured to “understand how the attack happened and to seek to ensure that lessons have been learned“. TUI further expressed that the settlement reached by the parts “will provide the opportunity for those affected“ to start to move on.