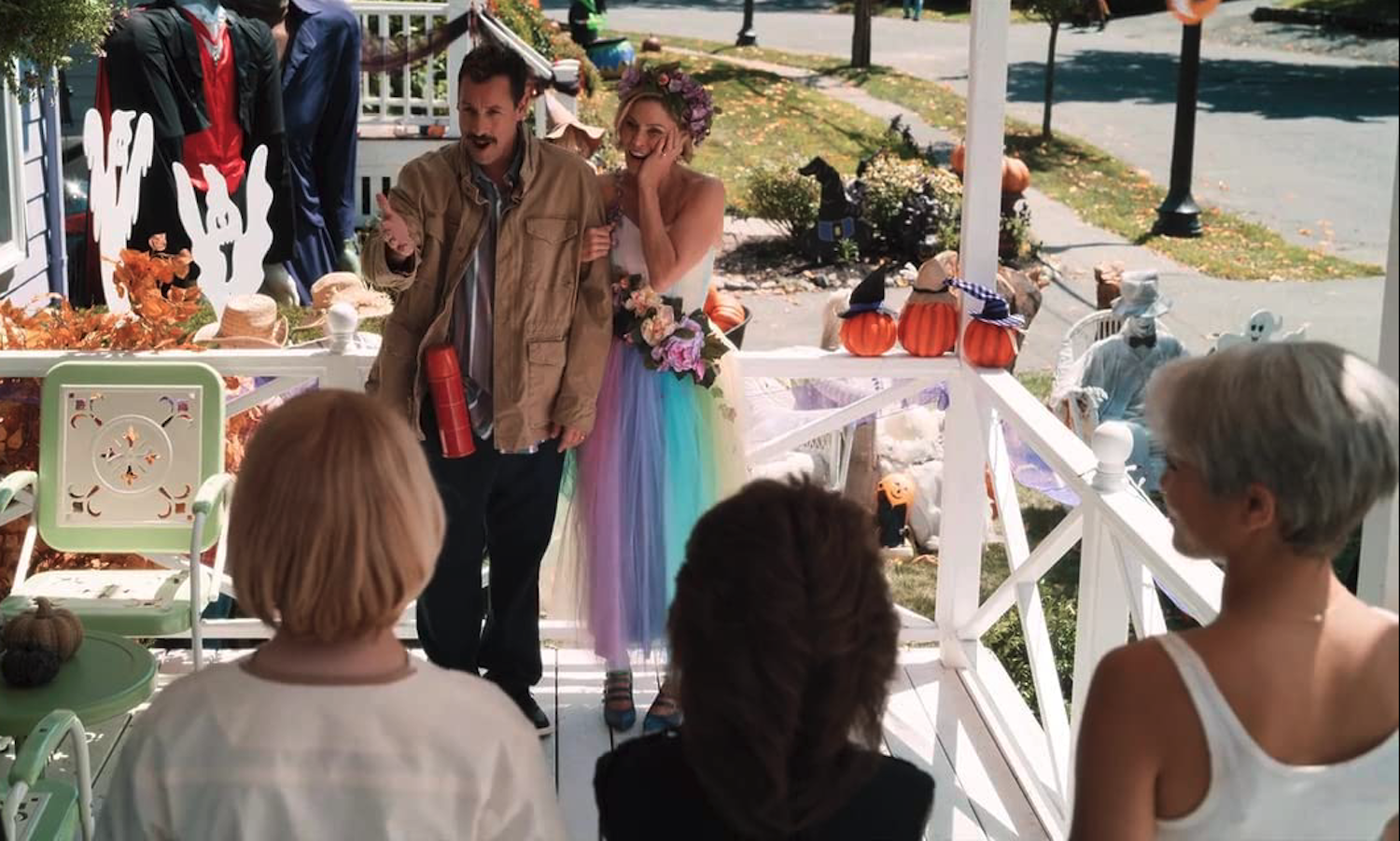 It’s the time of year where every streaming site has a clear theme to to its ‘trending’ or ‘popular movies’ – Halloween. I personally don’t enjoy scaring myself silly, or watching gore-filled horrors, so I usually find myself scrolling through pretty quickly to avoid these. But there is another genre which gains popularity around Halloween, and thats the weird and goofy comedies. For those of us (like me) who can’t handle the real horror movies, there’s a multitude of crazy parodies and ridiculous fake scary movies to get us in the Halloween spirit.

One such film is the new release, ‘Hubie Halloween’, starring and co-written by Adam Sandler. The film is set in Salem in Massachusetts, USA, a town known for its eery history as the site of the Salem witch trials of 1692, and an obvious choice location for a Halloween movie. The film follows a devoted community volunteer, Hubie (Sandler), who innocently strives to keep the town safe each Halloween, despite the constant derision and mean pranks he receives from his fellow citizens. This 31st October, however, Hubie finds himself in the midst of a real investigation, for a real murderer.

With a quirky but loveable protagonist, if you enjoy goofy movies which take the ridiculous to the extreme, then this is good watch this spooky season. The film takes you on a journey of entertaining and crazy events, from constant run-ins with mean teenagers (and adults!) who need to be taught a lesson, to awkward romantic encounters and a conversation with a werewolf, (or is it just a neighbour’s pet dog…)? Hubie Halloween is a feel-good movie which, with a PG-13 rating, provides a good alternative to those wishing to avoid the many halloween horror movies.

Despite going a bit over the top on the goofiness sometimes, I enjoyed the theme of the movie with the classic ‘don’t let the bullies win’ moral to the story. There is of course also a cringy romantic storyline starring Julie Bowen, and the film has a few other surprise actors in too, from the well established to the much younger cast, including Sandler’s own children. I most enjoyed the conclusion to the plot, which I found an entertaining and unusual ending that I didn’t see coming. I think ‘Hubie Halloween’ is a treat for any halloween enthusiast who enjoys a good old-fashioned goofy movie, so grab those halloween snacks, sit back and enjoy!