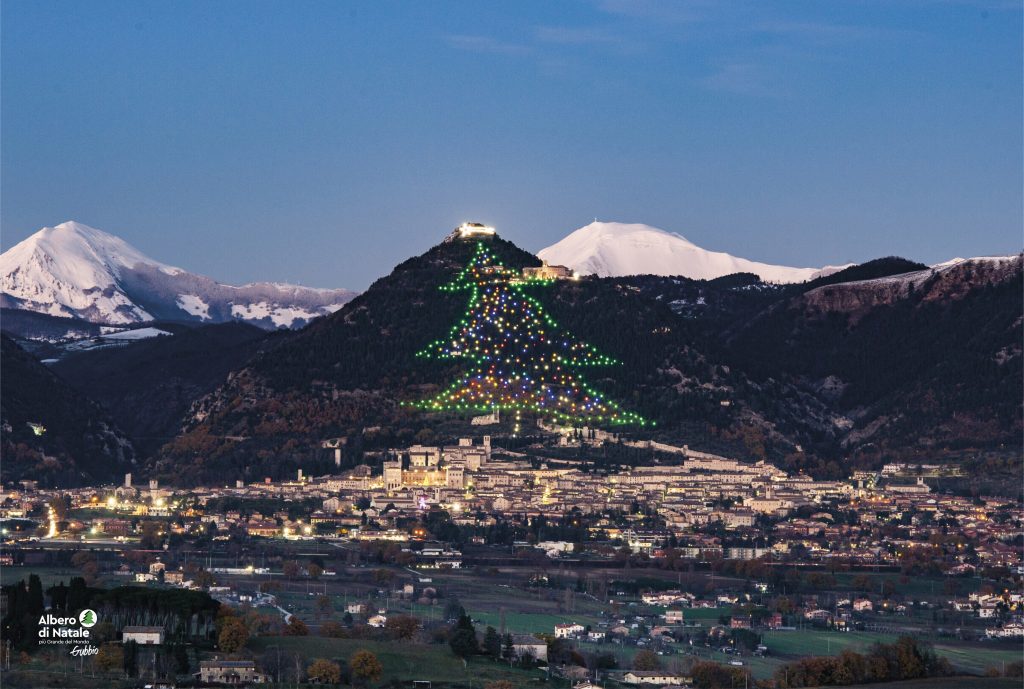 Ah, the Christmas tree. Around this time of the year, many of you will probably be putting up yours or thinking of doing so anyway. The tradition dates back to the Middle Ages, when it popped up in Livonia – also known as Estonia and Latvia in modern times. Since then, the modest little pine tree came a long way. Nowadays, even those who don’t traditionally celebrate Christmas tend to put one up because well, it’s just so cozy and festive. The more lights, the merrier, the more kitsch the decorations, the better. A Christmas tree in the house just makes you want to cuddle up under a blanket while drinking a hot chocolate or mulled wine.

That being said, like everything in life, not all Christmas trees were created equally. Because even though a little tree may be a charming addition to your interior, there’s just something about a big, ginormous pine that can’t be beaten. No wonder the Guinness Book of Records has got a category named ‘World’s Largest Christmas Tree’ for years now. It just had to be done.

Gubbio dominates them all

If you’re thinking about competing, however, you better think twice. The title of that ‘World’s Largest Christmas Tree’ hasn’t exchanged hands since 1991, when a little Italian town called Gubbio decided that title had to be theirs. And no, that doesn’t mean they’ve been chopping an enormous, old pine tree every year since then. Instead, they decided to opt for something a little different.

That resulted in a Christmas set-up spanning over more than 1.000 square meters, set on the slopes of a hill and overlooking the medieval town that is Gubbio. The tree is actually made out of a collection of different-colored lights, and the electrical wire keeping them all lit measures several kilometers in length. Talking about a Christmas obsession.

Even though the whole thing might seem a little strange and niche, the Gubbio tree is actually world-famous. Every year on December 7th, the lights are being lit and they illuminate the hill until January 12th. Quite the spectacle, as you might imagine, and over the years popes Francis and Benedict XVI have been known to lit the lights on that big day. If you want, you could of course be present during this year’s ceremony, although we’re not sure the pope will be of service this time. Anyway, Gubbio lies in Italy’s Umbria region at about 2,5 hours’ worth of driving from Rome, so if you’re in close by, it might well be worth a detour. And if you can’t be there in person, you could also follow the lighting on their Facebook page.