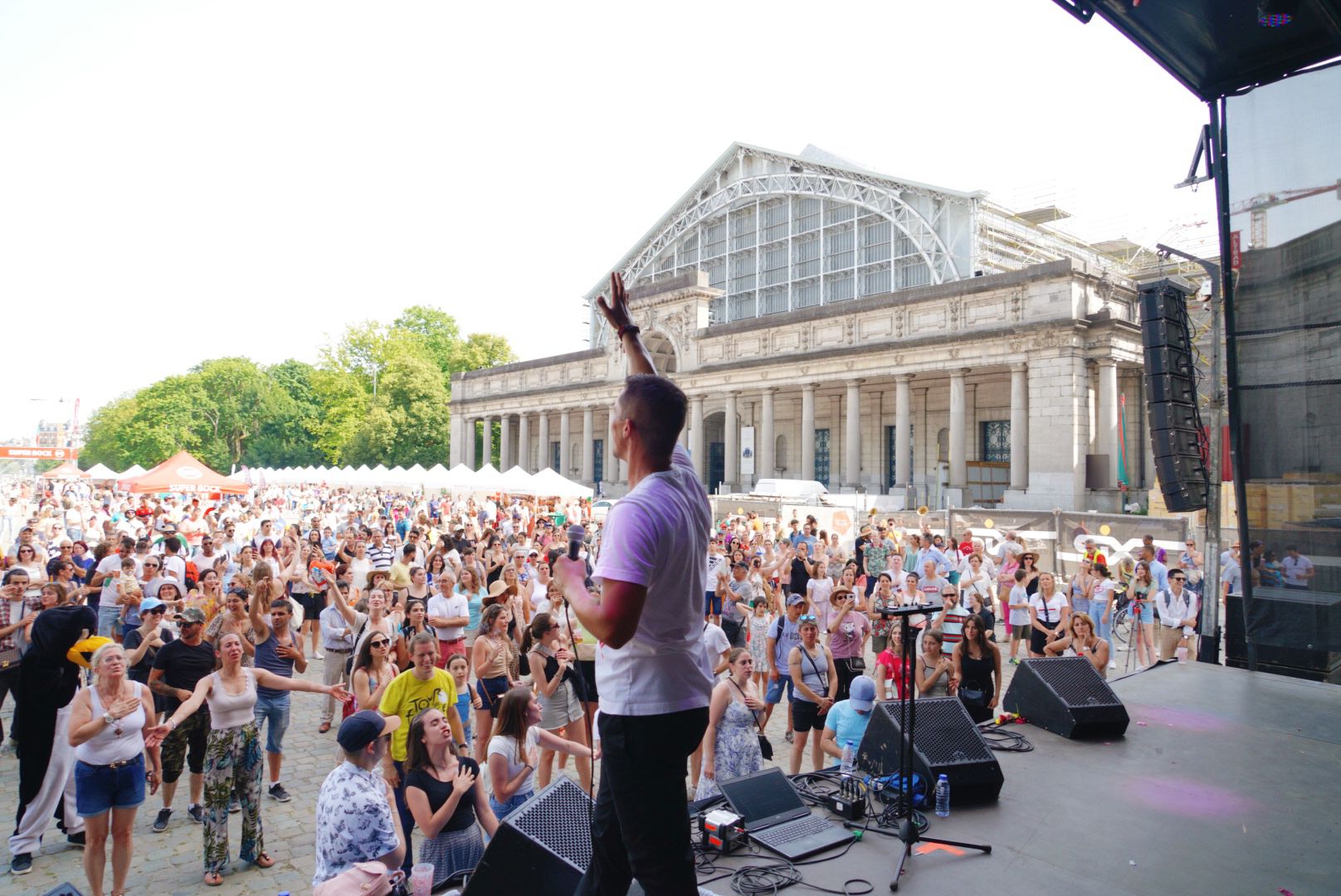 The Best of Portugal fair returned to Brussels after a 2-year pandemic induced break. Portuguese farmers and producers came to the Parc du Cinquantenaire in the heart of the European capital to showcase their products and offer guests a taste of the best that Portugal has to offer, along with a few well-known musicians that kept the more than 50,000 visitors entertained throughout the weekend.

“The goal is to promote the best that is produced in Portugal, especially its quality products, such as wines, olive oils, fruits and vegetables, honeys, cheeses, and sausages among other products in the agri-food chain,” explained Eduardo Oliveira e Sousa, President of the Portuguese Farmers Confederation – the organiser of this fair.

It seemed like, besides the excellent food and drinks, they even brought the Portuguese weather with them, as, under surprising and uncommon circumstances for Belgium, Saturday was hot and sunny. And even on Sunday the rain did not deter any of the visitors, who just opened umbrellas and kept on dancing.

The guest of honour at this 8th edition of the Best of Portugal was the city of Santarém, who brought some of the unique products specific to the region.

We are very proud to be the guest of honour of the 8th edition of the Best of Portugal. Our region is one of the key partners of the Portuguese Farmers Confederation as we host every year Portugal’s national agricultural fair.

At the head of the line was the handicraft of bunho, an almost lost art, with just 2 people currently mastering the technique. They are now working with young designers to innovate the shapes and utility of the bunho furniture, trying to revive its attractiveness for the younger generation and hopefully convince them to learn the craft.

Along the way there were of course representatives from vineyards showcasing their local wines, as well as stands with different sausages and other charcuterie, honeys and fruits.

What intrigued me the most was the butternut squash based gin. The only gin from Ribatejo, Gotik, since Santarém is the Portuguese capital of gothic, is a delicious, very aromatic gin. Infused with as many as 21 local fruits and herbs, its taste is less harsh than the usual London dry and a lot more fragrant. I could not help but take home a bottle to savour on my balcony on similarly torrid summer days.

Moving to the north of the country, the “Queen of Fruits” came from Vila Flor. She has no less than 20ha of orchard where she cultivates mostly nectarines, peaches and cherries, but also a few strawberries from time to time. She had the best cherries I have tasted in a long time and even though I bought one kilogram, I only got home with about a handful.

Next to her, from the same region, there was a beekeeper. One of the few I have ever met who produces separate honey from different flowers. His specialities are chestnut, raspberry and acacia, which, next to linden, is one of my favourite honeys. At the apiary they even test the pollen to see its origin and make sure they label each batch accordingly.

From between these two regions, some sausages from Purogosto, in the city Mealhada. They are a small business having a mostly manual production, but that does not stop them from creating some unique tasting products. They have the classics, but they also have wine infused sausages, white, red and even sparkling wine. Besides the pork-based goods, they also use sheep or even duck for a small variety of their products.

Altogether it was an incredible weekend. The Sunday rain was somewhat welcomed after the heat of Saturday and, after filling up with delicious barbeque from the Brussels-based Portuguese restaurants, people transformed the space in front of the stage into a dance floor. Music filled the air until about 9:00 pm and I am sure everyone went home with a smile on their face and at least one souvenir, be it drinkable, eatable or decorative.