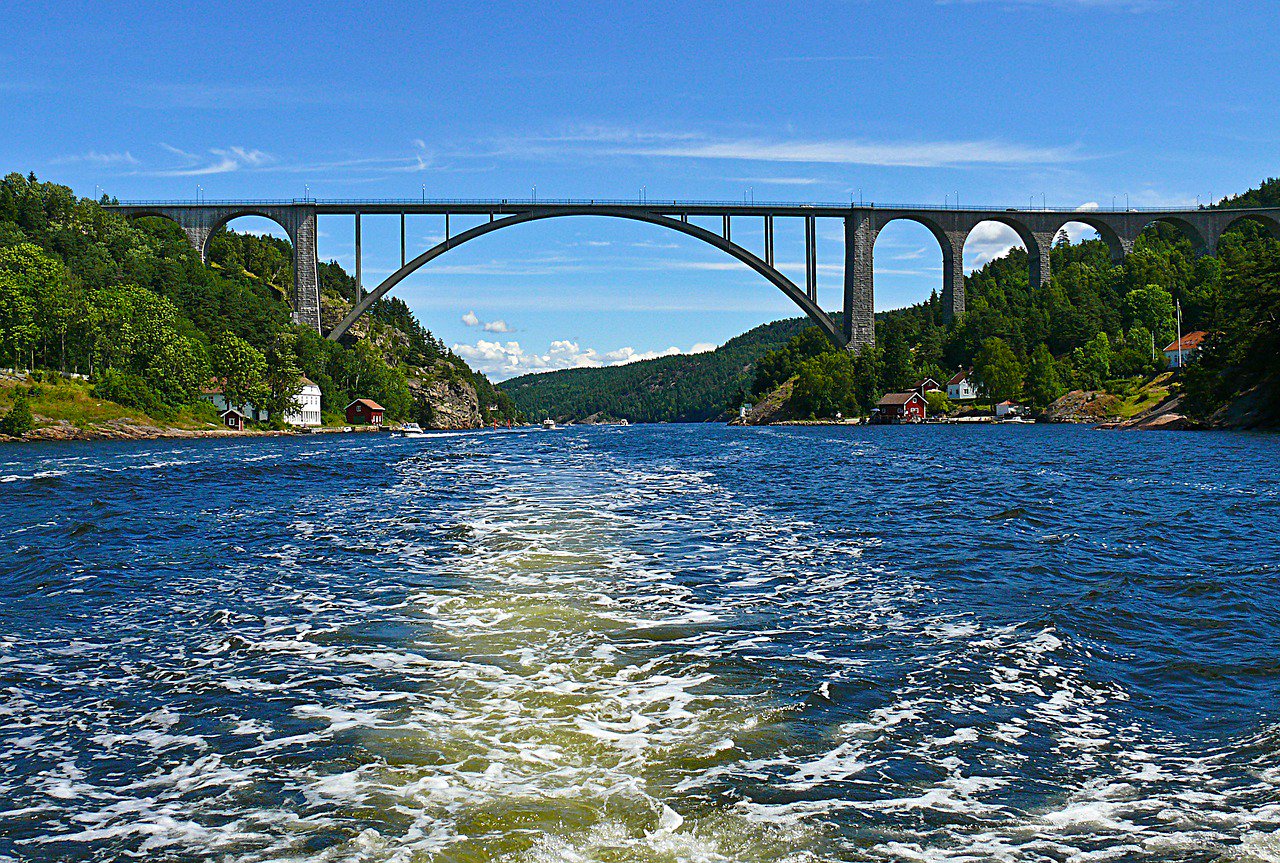 Inside Auroville, a utopic city in southeast India

Covid-19 regulations have separated many people across the world, either preventing them from returning home, or from seeing friends and loved ones. Even borders that were once barely thought of by most have become an impassable barrier. For 73-year-old identical Swedish twins Ola and Pontus Berglund, living either side of the Norway/Sweden border, this is certainly the case, however with dedication and caution they have continued to see each other whilst abiding by the regulations.

📸 Pontus Berglund (L) sits on the Swedish side while his brother Ola sits on the Norwegian side of the old bridge of Svinesund pic.twitter.com/T3akqZXUNU

1. A distanced catch up

Despite not having been allowed to enter each others’ homes for their weekly meet-ups (as they did pre-pandemic) for over a year because of restrictions, they have continued to see each other in a different way. Each Saturday the pair go to their side of the Swedish-Nowregian border for a distanced coffee and catch up. They meet on the old Svinesund bridge that straddles a fjord at the border, Ola coming from Halden in southeastern Norway, where he moved for love almost 40 years ago, and Pontus driving a half-hour from where he lives in the southwestern Swedish town of Stromstad.

Here they set up their chairs, flasks and sandwiches, carefully staying their side of the simple white line on the road which states “Norge” and “Sverige”, the Norwegian and Swedish flags in the background. Whatever the weather, the pair come to see each other, happy that although they cannot touch, they can at least speak in person. They even celebrated their 72nd and 73rd birthdays this way on April 20th.

While local restrictions have changed throughout the pandemic, the border has remained closed and the twins cannot cross or get too close. “We’re not allowed to cross the border. I have to stay one metre away on my side and he has to stay back one metre on his side,” Ola explains, “So basically there has to be two metres between us.” “It’s very strange but it’s become a need, a pressing need, because we used to see each other every week and we wanted to continue that,” says Pontus, “The pandemic hasn’t stopped us from seeing each other and for us, that’s a victory.”

Ola, a former nursing assistant who now makes theatre scenery, and Pontus, an artist and amateur ornithologist, have become somewhat of an attraction, with the few motorists who use the bridge smiling and waving, and some even travelling miles to see them and take photos. “That’s not very important to us. The important thing to us is to be able to get together and talk about whatever we want,” says Ola.

VIDEO: Due to the pandemic, Swedish twins Ola and Pontus Berglund meet on a bridge that links Norway and Sweden every Saturday, each carefully on their side of the border, toting camping chairs, thermoses, sandwiches, and plenty of good cheer pic.twitter.com/JzK9e2SE45

Over the course of more than a year, the twins have only missed their weekly rendezvous three times, when police wouldn’t let them onto the bridge. Other than that, they have met every Saturday, helping to avoid the loneliness that many have experienced, and occasionally even finding themselves in the role of smugglers, such as when they delivered a puppy born in Sweden to its new family in Norway, their fondest memory they say. “Each meeting has been a little party,” says Pontus, who is divorced. “For me who lives alone, it’s really important to see Ola. Without that I’d be depressed.” Of course the two have no physical contact, and Pontus says he misses hugging his brother, “So sometimes I hug myself — since we’re identical.”