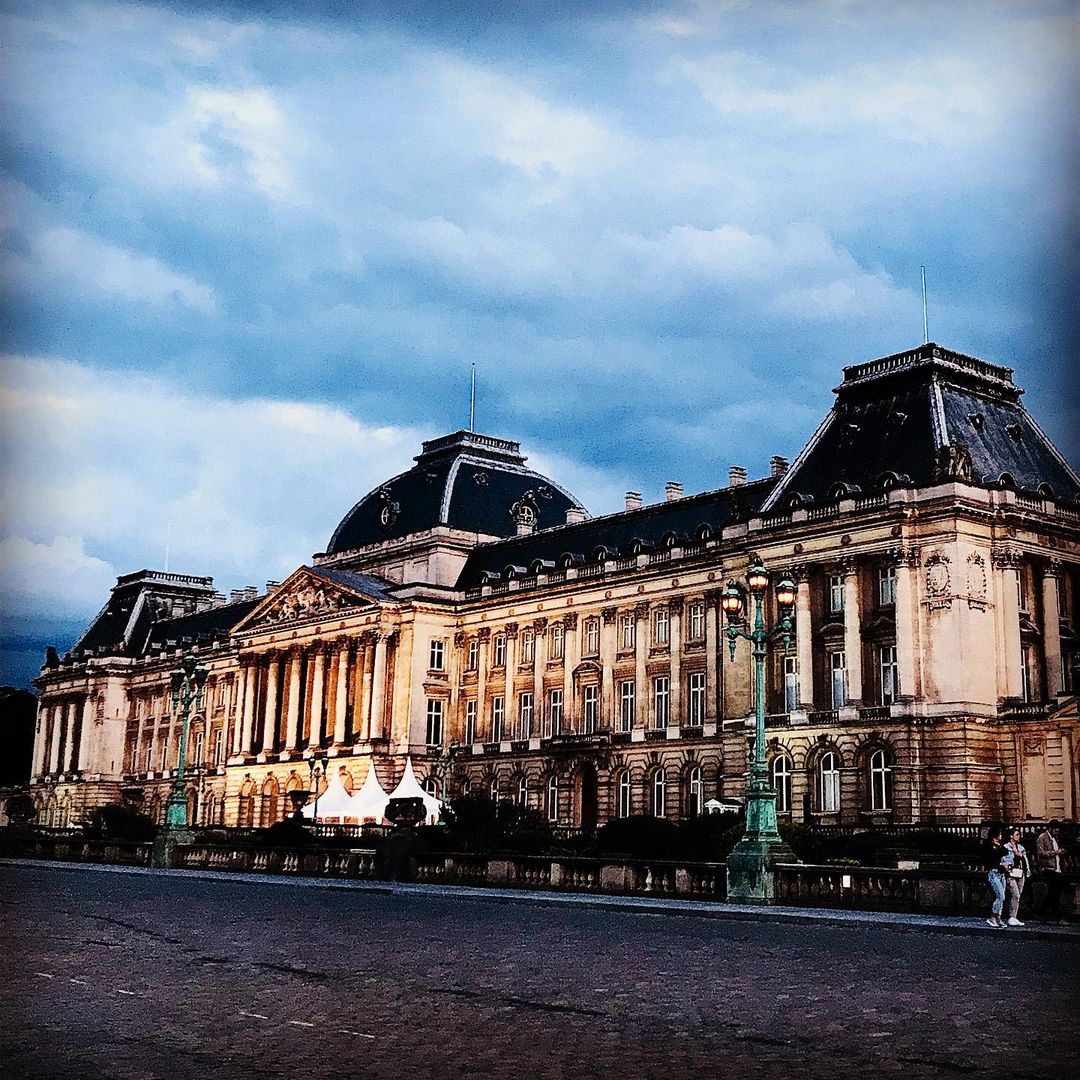 When in Brussels, one of the first places to visit is definitely the Royal Palace – the grandiose building in the center of the city with its monumental presence together with the Royal Park in front really gives a royal feel to the city. And with the seat of the federal parliament just on the other side of the Royal Park, the Palace of the Nation, it is a true symbol of the constitutional Monarchy.

Serving as the King’s main workplace and administrative residence, where he receives visitors, foreign guests and representatives of political institutions, and where sometimes activities of the King and the Royal Family are organised such as receptions, concerts, round tables etc., Royal Palace is usually not open to the public and you can admire it from the outside only. However, ever since 1965 when the tradition started, a part of the Royal Palace is open to the public every summer after the National Holiday of 21 July until September. We took the opportunity to visit and little to say – we were very impressed.

Built on the site of the former Palace of the Dukes of Brabant destroyed by the fire in 1731, the Royal Palace was started under the reign of King William in 1820 and rebuilt in 1904 under Leopold II in Louis XVI style. Designed by architect Alphonse Balat, the very impressive vestibule and main stairway leads you to a chain of the gorgeous historic salons by the King and Queen used for official activities. Beautiful spaces with gorgeous chandeliers, furniture, wall paintings and decorations just open up in front of you, one more impressive than the next. Rich with history, each of the rooms holds a story and just takes you in with the beauty and concept behind it, let us mention a few.

A room of special significance, the Large Anteroom is from the period of Dutch rule after the Battle of Waterloo. You could spend hours just studying the frieze encircling the room. It depicts the historical moment when the Southern and Northern Netherlands were united to form one kingdom under King William I, with allegorical figures showing shipping, commerce, agriculture and industry as the nation’s four principal economic activities and prudence, plenty, military power and peace as the four pillars of effective rule. Mesmerizing indeed!

A place of hosting important receptions such as the New Year reception for the government, and the Autumn and Christmas Concerts, the Throne Room was built under the reign of King Leopold II. Symbolising Wallonia and Flanders, on either side above the door of the Throne Room are the river Meuse as a female figure and Scheldt in a form of a male figure. With some of the bas-reliefs showing activities of Belgian provinces being by great August Rodin and Thomas Vincotte, this majestic room is truly breathtaking.

Finally, one of our favorite space in in the Royal Palace must be the Hall of Mirrors, a room that was built and decorated in the of the early 20th century. Initially envisioned by the king to be dedicated to Congo, the walls are embellished by copper and not gold as the Congo produced copper ore and there is a is a map of Africa in the pediment above the fireplace. But after the the death of King Leopold II in 1909. The construction was halted and King Albert I didn’t finish the room to the original plan.

The current look of the room was finalized in 2002 by the artist Jan Fabre who, for the purpose of this work of art called Heaven of Delight used about million and a half green, shimmering jewel-scarab wing cases, which he used to embellish the ceiling and chandelier. To our knowledge, no scarab was harmed for this purpose. In any case, this magnificent room is also sometimes used for different receptions and you can only enjoy its full beauty as well as the beauty of the rest of the Royal Palace when being there so we definitely advise to book your slot for visit next summer.