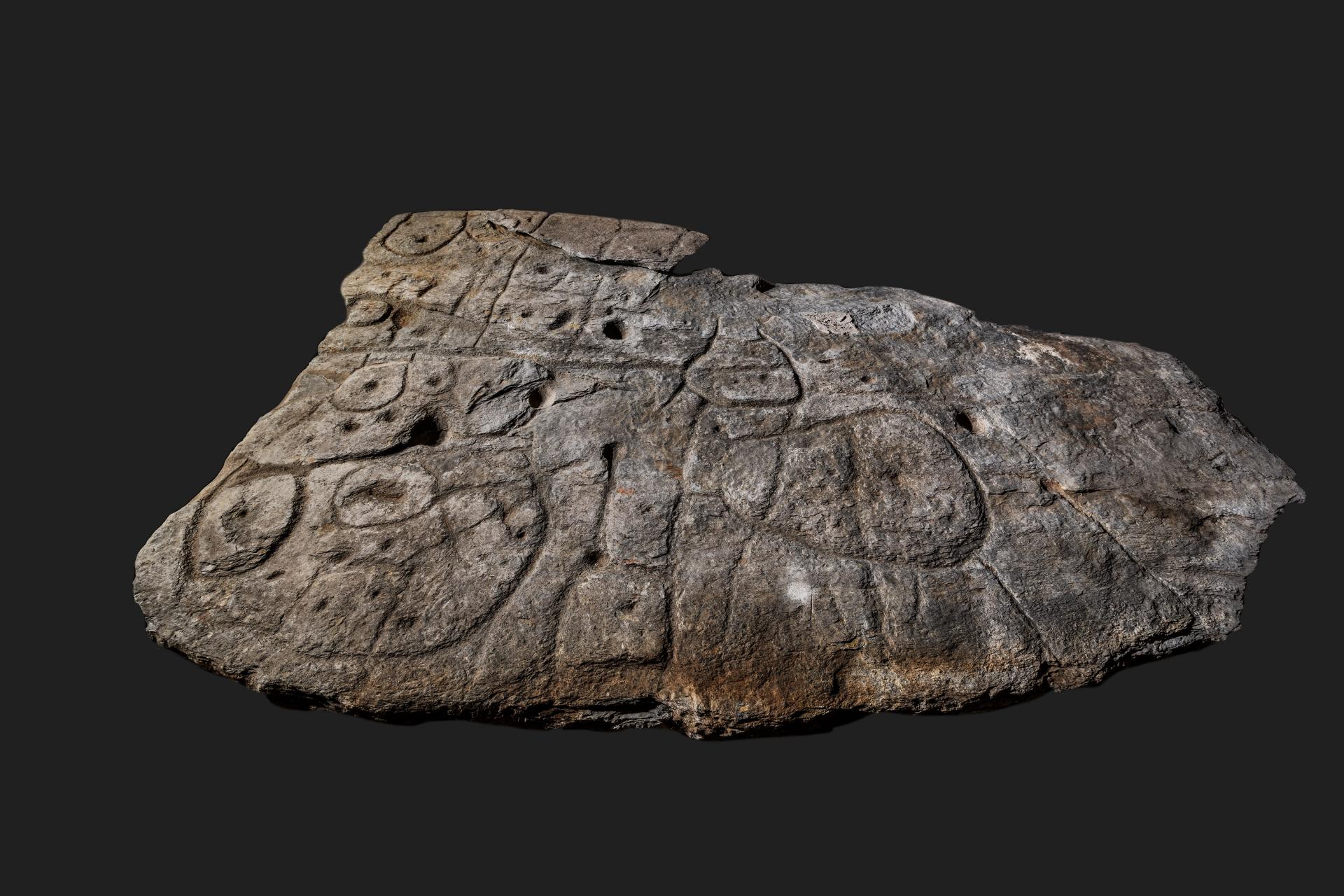 The oldest geographical representation of a territory in Europe has just been identified in France. Engraved on a stone slab, this map is dated to the Early Bronze Age, from 2150 to 1600 BC. A team of French archaeologists spent several years studying this stele, which was originally unearthed in 1900 in the Finistère department of Brittany in western France.

We believe to be in the presence of a map when patterns are repeated and connected by lines to form a network, in a coherent whole

Yvan Pailler, Researcher at the University of Western Brittany

The slab, measuring 2,20 m length for 1,53 m width and 0,16 m thickness, had been discovered in the tumulus of Saint-Bélec in 1900 by Paul du Chatellier, who took the piece to his residence. At home, Chatellier had built a private museum to exhibit pieces discovered during his numerous excavations.

Paul du Chatellier died in 1911 and a decade later his children decided to sell his entire collection to the Musée d’Archéologie Nationale (MAN) in Saint-Germain-en-Laye. The slab was transported there with other engraved stones from the collection, to be stored, along with other lapidary elements, in alcoves that were set up in the moat of the castle, which was used as an outdoor lapidary museum. It is there that all the furniture elements of the Paul du Chatellier collection were inventoried, except for these engraved slabs, whose memory were more or less lost, until their mention in an article by Renan Pollès which allowed to think that they were still present at the MAN. With the help of the curator, Alain Villes, and one of the guardians of the castle, all the storerooms were explored and the Saint-Bélec slab was found in a cellar where it had been stored to keep it safe.

The first prehistoric archaeologist who made the analogy between the slab and engravings reminiscent of known plots of land in the Alps, or at least sites with engravings published as being maps – for example the famous Bedolina map in Italy – was Jacques Briard, in 1994. Briard did not study the slab again. He relied on the document published by Paul du Chatellier in 1901 and said: “Yes, there is an analogy to be made with the protohistoric alpine plots”.

Yvan Pailler and Clément Nicolas, the researchers at the origin of this rediscovery, carried out numerous analyses. The stele was also digitized in 3D. Thanks to this work and to the study of other representations elaborated by prehistoric and more contemporary peoples (Tuaregs, Papuans, Australian Aborigines), they were able to better study the motifs reproduced on the stele.

A network of different forms linked to each other by lines has been highlighted. Some of these shapes are more deeply engraved, as if to mark their importance, like the trapezoidal motif in the middle of the stele. Archaeologists suggest that the stele represents the space dominated by a political entity of the time. The members of this Bronze Age community probably reproduced the mental map of the space that was theirs.

Yvan Pailler and Clément Nicolas assumed that the stele had been unearthed in a very specific place, the Saint-Bélec tumulus. In this burial place, the stone occupied a specific position: it was one of the walls of the burial.

The archaeologists have therefore geo-referenced the engravings in an attempt to find a resonance in the geographical space near the tumulus. According to them, the slab would correspond to a zone of approximately 30 km long following the course of the Odet, a river which takes its source in the Black Mountains massif.

Researchers are still puzzled by a number of things. They wonder why this stele was found in a tomb. The burial could be the last representative of the lineage of several princes who reigned in Armorique and on this territory. They speculate the kingdom would have disappeared at the end of the Bronze Age. It could also be the tomb of a scribe, the author of this map who would have been buried like these princes in a tumulus, in a final gesture of tradition.