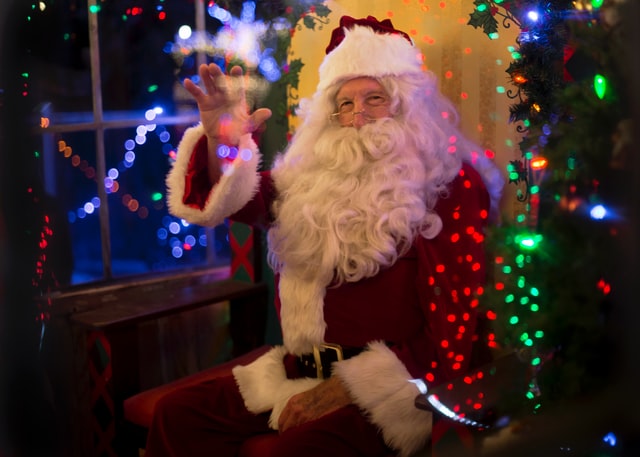 The most beautiful Christmas legends

4 quirky Christmas traditions from around the world

Christmas is a religious celebration in which Christians celebrate the birth of Jesus. Christmas has, since the Roman Empire, been a clash between religious and pagan elements.

In around mi-December, ancient romans celebrated “Saturnalia”, a festival in which gifts as well as social roles were exchanged, a kind of a blend between our Christmas and Carnival.

The date for the celebration of Christmas was set on 25th December by Emperor Constantine, because it was when they held the great Feast of the Sun, the ancient festival of the “Day of the Birth of Sol Invictus” which combined the cult of the sun with the Christian rites.

There is actually no existing documentation providing us details on the birth of Jesus. Most specialists state that he was a historic figure, and there are actual data about his death, having been crucified in Jerusalem during jewish Easter, but until our days, his birth has been shrouded in deep mystery.

Considering all the mysteries surrounding Christmas, numerous legends have come to be a part of such special and spiritual time for most of the humanity, let us know discover some of them….

1. The Legend of the Christmas Pine Tree

One of the most beautiful Christmas legends is that of the Christmas Pine Tree.

Legend says that, on Christmas Night, as Baby Jesus was born, three trees were put next to him: a date palm, an olive tree and a pine tree, and each of them offered him a present.

The olive tree gave its olives, the date palm its dates but, since the pine tree did not have any fruits to offer, stars miraculously landed over the pine tree and shone their light upon it. As he saw the lights, Baby Jesus raised his arms and smiled, it is said that it is the reason why pine tree became the tree of Christmas.

2. The Legend of the Candle

This is the story of a poor cobbler who lived in a cottage close to his village. The shoemaker had the habit of leaving a candle lit during the night to shed a light on the path of the travelers who would often pass by. One day, war started and the young villagers had to leave, but the cobbler always kept lighting his candles to illuminate the paths to whoever passed by, despite no-one would really crossed those paths. Later on, as the village’s bells signaled the end of the war, its residents lit a candle in their homes, it was then Christmas eve.

It was thanks to the lit candles in the village, as per the shoemaker’s ritual, that the youngsters returning from war could find their homes. This became forever known as the Miracle of the Candles, it is sad that this is gave rise to the habit of lighting candles on Christmas night.

3. The Legend of the Rose

In the night that Jesus was born, it is said that a shepherdess saw the Three Wise Men who made their journey to the hut where Mary, Joseph and Jesus were. As she saw the presents they brought with them, the shepherdess was really sad that she had nothing to offer and started to cry. On that same moment, an angel appeared to her and turned her tears into white roses. Surprised, yet joyful, the shepherdess picked the flowers and took them as an offer to Baby Jesus.

A post shared by I soldati di Cristo (@i_soldati_di_cristo)

4. The Dream of Father Christmas

It is told that, on a certain night, Father Christmas had such a good dream, in which the whole world was a much better place, joyful and filled with peace and love, without wars, resentment or poverty. As he woke up, and seeing it was nothing but a dream, he was saddened and told he would help all the people to have a better Christmas. He would therefore get his reindeers ready and would fill his sleigh with presents to give to all houses. The tradition of giving gifts was then born.

It is said that Krampus follows Father Christmas in the night of the presents but his goal is the opposite. In 2015, this character gave origin to a film, “Krampus”, directed by Michael Dougherty. To anyone who lives the Christmas season with intensity, believe that there is a lot to know about its mysteries.